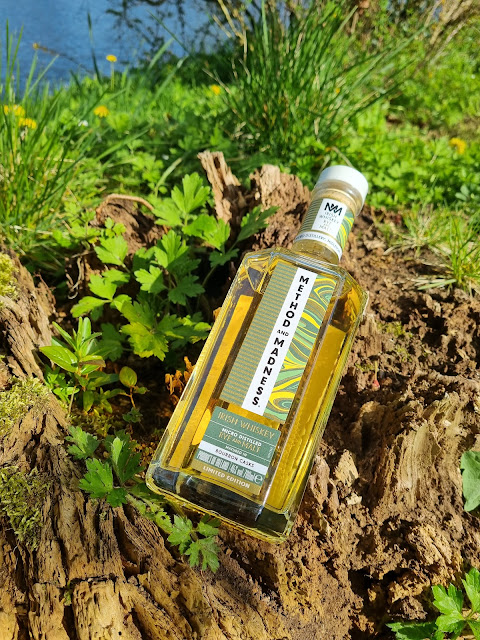 It's been a while since I visited the Method & Madness range from Midleton distillery. You can read my thoughts of the original single grain, malt and pot still releases here. Since then there has been quite a procession of weird and wonderful wood finishes utilising everything from Japanese Chestnut and Mizunara to virgin Hungarian oak. It has also produced one of my favourite ever whiskies in the form of the 28 year old Port matured single pot still, a whiskey so delectable in did make me momentarily thinking about parting ways with £1700 for a bottle, but as I said, only momentarily.
So why have I stayed away from the range for so long? Value I suppose. The wood finish experiments have been quite pricey ranging anywhere from £75 to £90 for no age statement whiskies and quite frankly my money went to other options that I perceived to offer more value (Kilkerran 12 and Springbank 10 anyone?), a better experience or just caught my interest more.
The fact is that most of the releases were existing Midleton pot still stock that had been set aside to play the wood finish experimentation game and so hadn't actually came from the Midleton Micro Distillery which is to be at the forefront of Midleton's experimental playground. That is until this release, the Rye & Malt, which I consider to the first true expression of Method and Madness as it represents something wildly different from the Midleton norms.
Why so? First off the liquid inside this bottle is the first release from the Micro Distillery stills. Second, very much breaking Midleton tradition, it's double distilled. Thirdly, it's a unique mashbill of 60% rye and 40% malted barley. We can expect a bit of a spice fest then.
This mashbill was distilled by Katherine Condon (you can read about the entire M&M team from distillation to maturation and everything in between here) in 2015/2016 and different rates of reflux were used to achieve a crisp, spicy whiskey.
It's been fully matured in bourbon barrels, is bottled at 46% abv, is non chill filtered and judging by it's appearance I'd wager it's natural colour too. My bottle was filled on 14/08/2021 making this around 5 years old although no age statement is given. This bottle cost me £92 from Fairley's Wines, Coleraine. 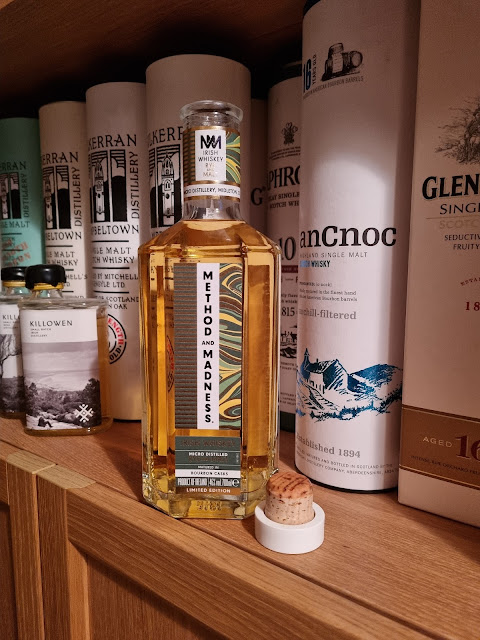 The team at the Midleton Micro Distillery set out to make a crisp, spicy whiskey with this one and I'd say they very much succeeded. It's fresh, vibrant and zingy with the high rye content making itself known in a pretty pronounced way. The bourbon cask maturation means that the distillate is let to speak for itself.

It's not terribly complex at this age with the profile to me being essentially, spicy, cereal driven and herbal. It will be fun to see how this develops after 8 or 10 years and hopefully there is enough stock to allow that to happen.

While this is a solid dram it is pretty pricey and for that reason I don't think I'd make a repeat purchase. Just shy of £100 for a 5 year old whiskey is a lot in anyone's money.