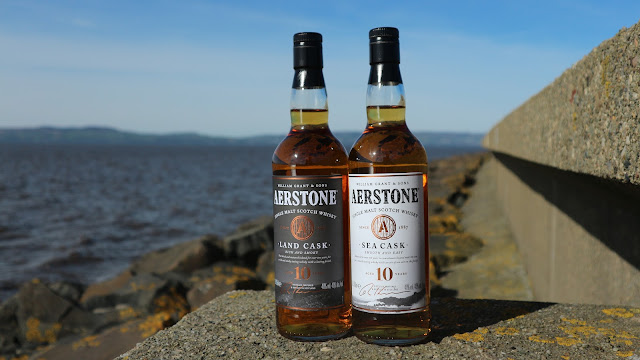 We try to cover all bases here at Malt. Generally, Mark sticks to the finer things in life, like well-matured Dronachs, Laddies, Balvenies and his über-favourite, Macallan. Jason and Noortje practically bathe in older Cadenhead releases, then occasionally clean their toilets with Jura. The rest of us are generally in the lower Malt caste. Taylor is going all out as Adam's replacement in Vanilla town, Dora recants tales of what got her into whisky in the first place and I occasionally get stuck with monstrosities like Springbank 15 (too soon?).

Thus, as a willing underling in Malt-land, I recently (a few months back) padded my way into a local Tesco to see what was on offer in ... their Whisky Dungeon of Doom! Yes, folks: it’s supermarket time again!

Back in February in Glasgow, I had a great chat with Roy Duff (@Aquavitae) about what we do collectively at Malt, as well as how he approaches his excellent vpub pieces on YouTube. Part of that chat was also about our whisky progressions, our personal whisky journeys and how, as we move along, we can sometimes pay little heed to where we came from, and become guilty of easily dismissing what were initially the building blocks of our love of whisky.

I'd say that for many of us, supermarket aisles were key to letting us explore a wider whisky world, and that was certainly the case for me personally. Balvenie 12 was the expression that really got me and encouraged me to start broadening my horizons.

Now I have got to the point where I rarely buy from my local supermarket because it's generally the same high volume brands that I have grown a little tired of: Glenfiddich, Glenlivet, Glenmorangie, Jack Daniel’s, et cetera, et cetera. I will admit that I do use the supermarket to top up on some whisky cabinet essentials like Black Bush, Redbreast 12 and Ardbeg 10, though, so it's not all totally bad.

I noticed on this fine day in Tesco that they had brought in a couple of new lines, one of which was the Aerstone Land Cask and Sea Cask expressions. These are 10-year-old single malts from the Ailsa Bay distillery owned by William Grant & Sons of Glenfiddich and Balvenie fame. What caught my eye was the price. Usually £30 per bottle, they were on offer for £20 each, so I figured I'd take a punt. On a much more recent trip to Tesco I saw this offer being repeated, so it looks like the availability for £20 could be a fairly regular occurrence.

In an effort to make choosing whisky a much simpler affair, Aerstone give us two choices: the Smooth & Easy Sea Cask or the Rich & Smoky Land Cask. Funny that they have chosen such descriptors for each of the monikers. For many, the coastal implications of the Sea Cask would conjure up images for briny trawler nets and smoking peat bonfires, while the Land Cask may imply summer orchards and heather honey.

Anyway, here's the marketing guff straight off the Aerstone website, so you don't have to waste your own time looking it up!

'Enjoy Sea Cask and Land Cask. Our two carefully matured 10-year-old single malt whiskies with two clearly differentiated tastes. Sea Cask whisky is smooth and easy thanks to the maturation process in our warehouses by the sea on the Ayrshire coast in Scotland. Land Cask whisky is matured further inland using Scottish highland peat for a rich and smoky character. Aged in separate casks and exposed to opposing climatic conditions, Sea Cask and Land Cask are both matured to sip, savour and enjoy.'

As regards further information on maturation, that's your lot, I'm afraid. Bottled at 40%, more than likely wearing a little fake tan, let's jump into the tasting then, shall we? 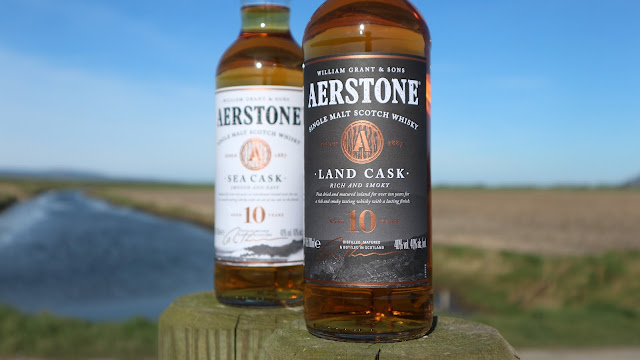 On the nose: I found this to be quite a tight nose and not particularly forceful. Biscuit base, warm bread. Honey, vanilla and some malt. Eventually some stewed apples with a dab of envelope glue. Black pepper, cinnamon and just a very faint note of cocoa powder.

In the mouth: Lacking in body for me. Actually, quite earthy and musty on arrival, but I didn't pick up on any of the saltiness suggested by the name. Malted cereal and grain husks. Honey, just about. Then becoming quite tannic, dry with a touch of tired clove, and quite a bit of citrus pith. The finish is very short, slightly reminiscent of a really dry white wine, with loads of oak and that underlying earthiness.

In the mouth: Houston, we have a problem. Burnt rubber and melting plastic. Coal tar with smoked lemons and brine. Green olives and flint. There is a hint of fruitiness trying to break through, but the acrid smoke of burning tyres consumes all. The finish, thankfully, is short, but is totally dominated by that acrid smoke.

So it's another particularly disappointing visit to my local supermarket off licence.

The Sea Cask is pretty unimpressive stuff, thoroughly one dimensional and bland. It's drinkable, just....but I couldn't say it was an enjoyable experience. The Land Cask....well if drinking the remains of tyre-filled bonfires are your thing, then you are in for a treat. Not as bad as the West Cork Distillers Peat Charred cask experiment, but not far off, this is a dram I'd encourage you to steer well clear off....there is certainly no joy to be found here.

At £20 a bottle, I couldn't recommend these, never mind the original asking price of £30. Here's hoping the next supermarket purchases will be greener pastures.