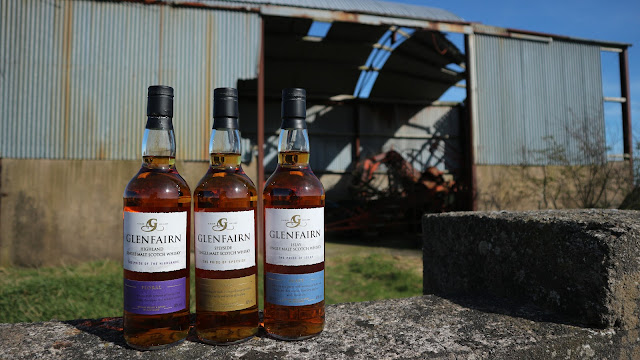 I'm sure you notice that every now and again, the Malt Instagram account likes to poll you guys, the glorious Malt readership, for ideas of what you would like us to review in forthcoming articles. A theme that comes through time and again is supermarket offerings, be it the store’s own brand, or just the usual aisle fillers.

Well, we do like to try and please the Malt readership, and so I threw myself with reckless abandon into another day of reckoning with my local Tesco. To be fair, pretty much every time I enter one of my local supermarkets, I gravitate to the off-licence, hoping that something even slightly exciting will have made it onto the shelves. I've stated before in the Aerstone piece that many of us likely took our first furtive steps into whisky through offerings from supermarket shelves, and also that I rarely buy much from them now, as I've moved onto pastures new and much more entertaining in my whisky journey.

But when Bowmore 12, Balvenie 12 and Glenlivet 12 are starting to hit the heady heights of £40 a bottle, it's time to look around for better value options, which is why I'm sure I always go back to those dank aisles in the hope that something new has popped on the scene and that may indeed offer much better bang for buck than the aforementioned Scotch trio.

It wasn't so many years ago that those mentioned above could be pocketed for £25 a bottle, placing them firmly into daily sipper territory, and making them a fairly good starting point into whisky exploration. Sadly, though, those days are long gone, and even NAS editions of brands like Talisker Skye and Cardhu Gold are knocking on and sometimes exceeding the £40 mark.

The £25 mark is now the preserve of bottom shelf muck like Jack Daniel’s and The Shackleton blend. So when presented with three new single malts at £20 a bottle, you could say my interest was piqued.

The single malts in question were the Glenfairn Speyside, Highland and Islay expressions, and seemingly, they are exclusive to Tesco. Three bottles for £60...what could go wrong? Well, in a bid to stop myself having potentially three bottles of toilet cleaner on my hands, I bought these to share with my bottle club members. Potential misery shared is...well, just shared misery. But at least I'd be miserable in company...or perhaps I could have struck bargain basement gold! Here's hoping...for all our sakes.

There is very little information out there about where these whiskies come from. All that is stated on the packaging is that they produced by MacGregor Ross & Co., Glasgow, G2 5RG, Scotland.

Bar this information, all you need to know is that they are all bottled at 40% ABV, are chill-filtered within an inch of their lives, and are subject to meticulous tanning regimes.

Let's taste; I can hardly contain myself! 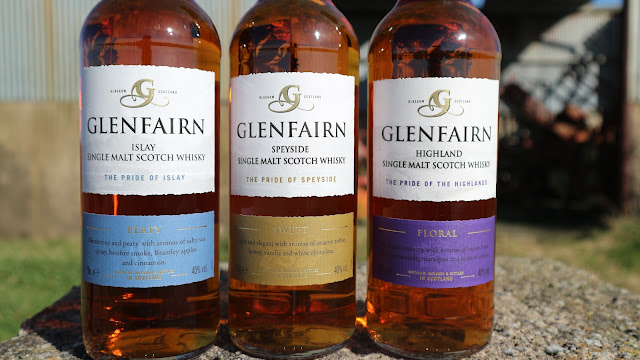 In the mouth: a very soft arrival, by which I mean there is very little going on here at all. Spirity, young alcohol heat with oak and a little pineappleade. Some damp cardboard too. The finish is short, peppery and totally unremarkable.

In the mouth: Again, little to no flavour on arrival, or in actual fact, any flavour development at all. Am I drinking coloured water? Eventually, and I mean eventually, there are hints of raisins and honey. Finish? It didn't even start.

On the nose: Sweet peat, iodine and sea spray. Some smoked bacon lardons under a grill and soy sauce.

In the mouth: Possibly the softest arrival of an Islay malt I've ever experienced. A tickle of peat smoke, some honey and salted caramel with a faint touch of brine. This barely exists on your palate before fleeing at haste with only a trace of ash to serve as evidence that you actually drank something.

Well, thanks to these bottles, I have six fewer friends in my life. There are just so dull, boring and badly made that they don't deserve to exist. They have little to offer on the nose and even less on the palate.

The Highland garners a one not because it's horrendous like the West Cork Peat Charred Cask. No, it garners a one because I can't even believe it qualifies as a whisky. It really is like drinking coloured water that delivers nothing either nose wise or palate wise. You could mix it, I suppose, but that would be an affront to your cola or ginger ale of choice, although it may improve Irn Bru.

Of the three, I did get a little excited by the Islay expression, especially when nosing it, as the nose wasn't too bad; but then things fell apart when it touched my lips.

So my supermarket meanderings have once again led to misery. I couldn't even finish my 100ml of each of these; they went down the toilet. Save your £20 and put it to better use, like lighting your multifuel stove at home, because if you buy this stuff, that's essentially what you are doing—wasting cash.