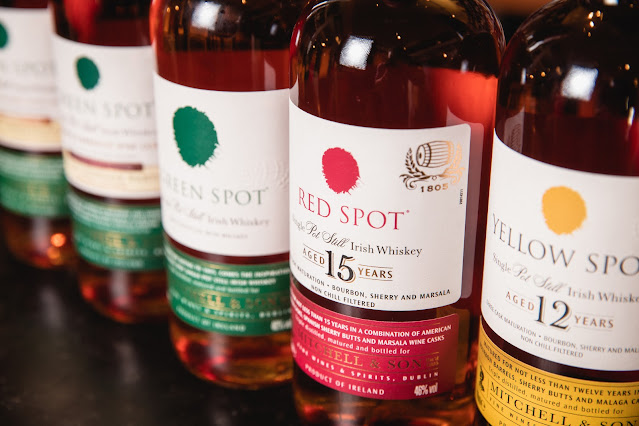 There are whispers and murmurings in the virtual realm of Malt, edging from the shadows, but there, nonetheless: murmurings that Malt has taken a turn to a darker, more negative tone. Possibly a new Malt policy, if you will. It seems critique has become confused with mud-slinging.

Why do you return to Malt on a regular basis? I ask that question more as a reader of Malt (which I myself am) rather than a contributor. Before Malt was relaunched in 2017, I was an avid follower and reader of both Mark and Jason, back in his Whisky Rover days. No doubt, like your good self, I returned for the no-nonsense, straight-talking and informative approach that often went against the collective grain, but felt refreshing for it. No bums were being kissed in the hope of more sample sets.

Somehow, I got asked to join the good ship Malt, and feel rather pleased for myself that I'm part of the team. But as a daily reader, I don't feel that there has been a change of tone now that a few more bodies have been added to the collective. We all ascribe to the same policy of honest, critical reviews. To do anything less would undermine what we have built and what we are building.

Let me say that there is no Malt policy. All are us have free reign to write about what we want and in the way we want to. In fact, seeing some of my reviews published with the grammatical and spelling errors that were so glaringly obvious, I often wondered what Mark and Jason actually did as editors.

Granted, some of my own reviews haven't been particularly glowing over recent times. The simple fact was that the whiskies in question just weren't very good...and in some instances, were plain awful! That's not negativity; it's an honest appraisal. That being said, please don't get the idea, either, that I take great delight in writing scathing reviews because I enjoy that about as much as I enjoy drinking crap whisky.

There is nothing in my reviews that I have any problem telling those in the industry face to face. I told Midleton Distillery's Master Blender Billy Leighton that I didn't like Jameson Signature. Jarlath Watson of Echlinville had to listen to me drone on about how I didn't rate the Dunville's Three Crowns. Probably not the way to win friends, but I simply come from the viewpoint of a customer. I have paid my money, so I shall take my shot.

The simple fact is that poor whiskies exist, and as people’s finances are at stake, they need to be highlighted. On the flip side though, where praise is due, praise is given.

One thing we definitely welcome, too, is interaction with the readership. We actively encourage you guys to comment on the reviews. To agree, to disagree, to add to our knowledge through your own; to make fun of Adam, and teach Alexandra how to spell.

So where is this rant of Wellsian proportions going? Well, it's leading to Red Spot, the latest release from the distillation and maturation partnership of Midleton Distillery and Mitchell & Son's Wine Merchants. Now, if indeed I wanted to head to the dark side, I could get all humpy that when it was released in Dublin last November, my invite to the party was mysteriously overlooked. I could have said, 'Sod 'em, no freebie invite, no review'. Although I have inherited the jealouspathetic hashtag, I am actually neither jealous, nor pathetic....hopefully...and I don't carry grudges (but I'd better be invited to the next fancy soiree!). So here is my Red Spot review, albeit months later than I'd hoped.

For a bit more history of Mitchell & Son's, look back to my Green Spot Chateau Leoville Barton review so I don't have to retread old ground.

The re-launch of Red Spot after a hiatus of nearly fifty years was one of the worst-kept secrets in Irish whiskey. Rumours of its revival abounded early in 2018, only to gather pace when the first iteration of the labelling appeared on the U.S. Department of the Treasury’s TTBonline.gov site. Finally, a November 2018 official release was announced, and the Interweb went into overdrive, especially regarding what the launch price might be.

I reckoned anything around £100 would be wishful thinking, and so was really rather pleasantly surprised when it was announced that it would retail for £95/€115 here in Ireland (yes, it's quite an outlay, but when 3-4 year old whiskies sell for the same price it starts to seem more reasonable).

What, then, does your £95 get you? It gets you a triple-cask matured single pot still whiskey with the spirit matured in bourbon, sherry and marsala casks for at least 15 years before being vatted together. It's bottled at 46%, and it is non chill filtered. Colouring has been sadly added for batch consistency.

I was given a generous sample by @Whiskey_JAC and also subsequently bought a bottle from Fairleys Wines for my bottle share club.

On the nose: Equal parts sweet and fruity, as well as spicy and dusty. Stewed strawberries and blackberries ready for a crumble. Black cherry coulis. Vanilla Custard. Cinnamon & nutmeg, sawn wood and pepper. Some new leather, ripe mango and orange peel, with a very slight hint of mint in the background.

In the mouth: A rather soft but creamy and luscious arrival. Strawberry jam, stewed dark berries, and black licorice laces. Spice begins to build – cracked black pepper, cask char, nutmeg and ginger. Lovely biscuity quality to this. The finish is fairly long with crackling pot still spice, strawberry, licorice and a little aniseed.

Simply put: a really tasty and terribly easy-drinking drop from Mitchell & Son's. This is a bottle that I imagine won't hang about long in many whiskey cabinets. Well-crafted and balanced with the marsala casks thankfully used sparingly so as not to overpower the whole affair. I very much enjoyed it and will, finances allowing, buy another bottle—this time, all for myself. My only quibble really is the price - if this was £15 to £20 cheaper it would be knocking on an 8 but still it's a worthy addition to the Spot line up. Looks like a trip to the dark side has been averted....for the time being.

Lead image not taken by Phil.