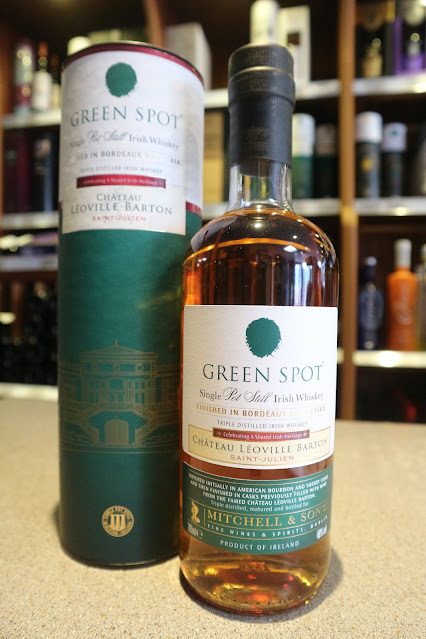 Writing for Malt can be an intimidating thing. You have Mark leading us into his merry world of whisky geekdom expounding terroir, biodynamism and Bruichladdich. Jason regaling tales of his illicit dalliances with old, rare and impossible to replace whiskies (á la The Last Bunny) whilst also leading his transparency quest on a daily basis. Justine has set about heralding the sensory delights that come from enjoying ones dram of choice whilst wearing a onesie. Then there is Adam… the master of metaphors and virtuoso of verbosity who scribes epic whisky writings akin to War & Peace and who has managed to meld parasites and whisky into something palatable – quite a skill! Noortje thankfully brings a northern European calmness and class to proceedings.

This variety of writing leaves me contemplating about what’s the leading angle to my next piece? How can I write in a witty, informative and engaging way? This time, like most of my reviews in fact, I have chosen the middle ground of ‘informative’ which may mean boring… so feel free to scroll right to the bottom and just read the tasting notes. If you can’t be bothered to do that, then just looking at the score might tickle your fancy. As ever, the choice is yours.

This leads us neatly into the Green Spot Château Léoville Barton (a clumsy segue but the best I could do).

The ‘Spot’ brand of whiskies comes from Mitchell & Sons of Dublin. Set up in the early 1800’s as a bakery they diversified first into a very successful coffee shop popular with the Dublin establishment before again diversifying and becoming a wine merchant, which they still are today, remaining family run and independent.

Being wine merchants Mitchell & Sons were bringing a wide variety of wines to Ireland, Burgundy, Bordeaux, Sherry, Port and Malaga wine being a few examples. As was tradition back then these wines were transported in oak casks. After being expunged of their contents there was the quandary of what to do with the barrels. Thankfully potential for maturing whiskey was recognized and in 1887 empty casks were taken to Jameson’s Bow Street distillery to be filled with new make. The barrels were returned to Mitchell & Son’s for their chosen maturation period and this was the birth of the ‘Spot’ whiskey range.

The barrels were daubed with a particular colour of paint to indicate the maturation period. Blue Spot was 7 years old, Green Spot was 10 years old, Yellow Spot 12 years old and finally Red Spot at 15 years old. Today Green Spot is a vatting of 7 -10 year old single pot still whiskies matured in ex-bourbon (75%) and ex-sherry casks (25%) and is a particularly precocious beast.

The Château Léoville Barton is part of the Green Spot ‘Wine Geese’ series. The Jameson website informs us; Léoville Barton is overseen today by Anthony and Lilian Barton, direct descendants of Thomas Barton, a ‘Wine Geese’ winemaker who founded a wine merchant company in 1725, after migrating from his native Ireland. (Departing Irish natives who emigrated around the world in the 16th, 17th and 18th centuries and became involved in the world of winemaking garnered the moniker of the ‘Wine Geese’.) 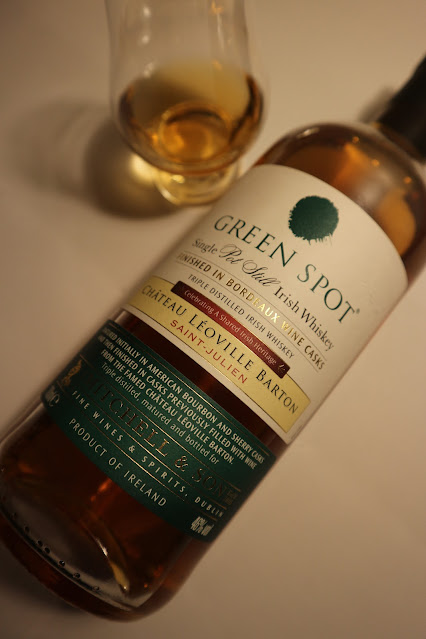 This particular expression takes the standard Green Spot and adds an extra 12 – 24 months of maturation in ex-Bordeaux red wine casks. Whereas original Green Spot is bottled at 40% this edition has been thankfully bumped up to 46%. A trace of colouring is added and there is no mention of chill filtration not having been used.

This particular bottle cost me £58.95 from Fairleys or you can pick it up via the Whisky Exchange.

On the nose: A heady array of aromas greet the nose – raspberries and strawberries coat the classic pot still spices, ginger and oatmeal cookies, honey, vanilla, unripe pear and a little furniture polish in the background.

In the mouth: Oily, buttery and creamy mouthfeel. Ripe red berries lead the attack in line with the nose before hitting a Haribo sourz note. The pear, vanilla and honey are there but muted along with toffee sauce coated ginger cake. The finish evolves in a dry tannic affair – French oak influence is unmistakable here with dried dark fruit and a raw ginger heat.

Whereas original Green Spot is a robust, uncompromising and precocious individual (translate that into wonderfully tasty) the Château Léoville Barton is a little underwhelming. The French oak seems to have muted the pot still character which to me is a shame. It is in no way a bad whiskey, in fact it is undeniably tasty but I don’t feel that it retains enough Green Spot character and I don’t think it warrants the extra expense. An interesting experiment but probably not a variation of Green Spot I would hurry back to buy.