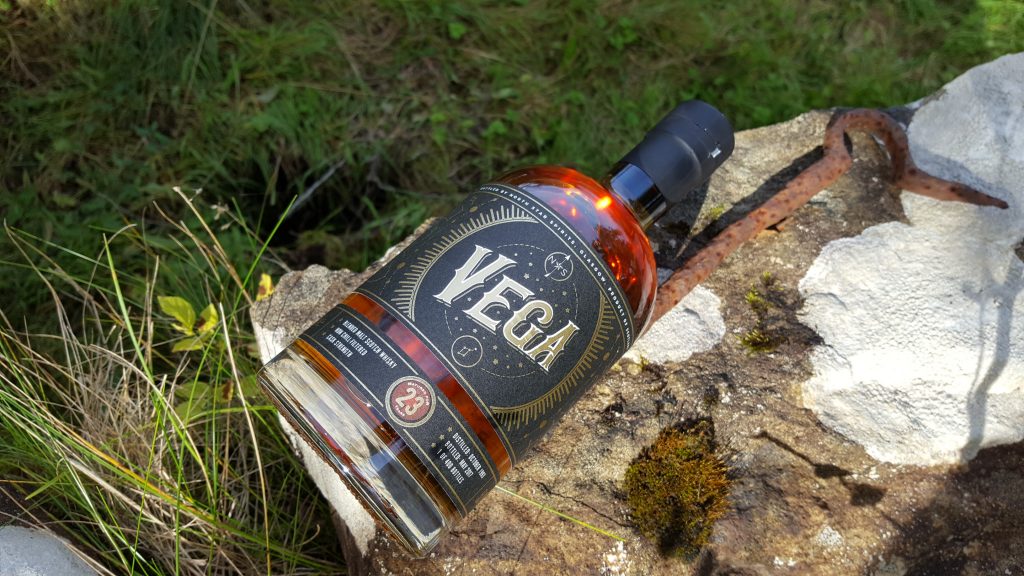 Whisky for me is a journey of exploration and discovery. Likely for many reading this, you feel the same. Personally, I rarely buy the same bottle with any sort of regularity, there are of course a few exceptions such as Redbreast 12. Instead I prefer to meander my way through the wide array of whiskies available out there. In particular, I like trying out new distilleries and brands that I haven't come across before to broaden my palate and widen my knowledge base.

Of course, one's intrigue in a certain bottle can be tempered by affordability, availability or both. You may well be interested in a bottle but can't afford it upon release or you may have the cash only to be scuppered due to high demand for said bottle (think of the recent launch of Glendronach's Single Cask Batch 16 – no joy for me there I'm afraid). Occasionally though the stars align (you will see why this is a bad pun later)and intrigue, affordability and availability all marry into a successful purchase.

One successful purchase against the odds was of North Star Spirits Vega 23 year old blended malt. I was dutifully searching online emporiums for another bottle club offering when I noticed this on the Shop 4 Whisky site for around £50. Never had heard of North Star Spirits before or the Vega expression but I was intrigued: a malt blend aged for at least 23 years and an outturn of 400 bottles for £50... seemed too good to be true. Stupidly I didn't purchase immediately, choosing instead to continue my browsing in case anything else should take first spot in the purchasing line. Nothing did yet when I went to buy the Vega... you guessed it, it was sold out!

Thankfully though it did pop up on another site, The Whisky Barrel for £57.60. I would not miss out the second time of asking and purchasing happened at rapid pace.

What does the name Vega conjure into your imagination? For some, it maybe folk songstress Suzanne Vega singing about 'Tom's Diner' or the unfortunate 'Luka'. Maybe it is Spanish playwright Lope de Vega who is credited with some 3,000 sonnets, 3 novels, 4 novellas, 9 epic poems and around 500 plays. With his love of words, I wonder if fellow Malt writer Adam is a distant relation?

For us millenials, it probably takes us back to the nineties, huddled around a SNES frantically bashing buttons as we attempt to defeat a cage fighting matador on our way to a final showdown with the mighty M.Bison in Street Fighter II... heady days!

In actual fact, North Star Spirits named this expression after a star... the brightest star of the Lyra constellation and the 5thbrightest star in the sky. It will also replace Polaris as our pole star in around 11,000... plenty of whisky to be made between then and now I imagine. 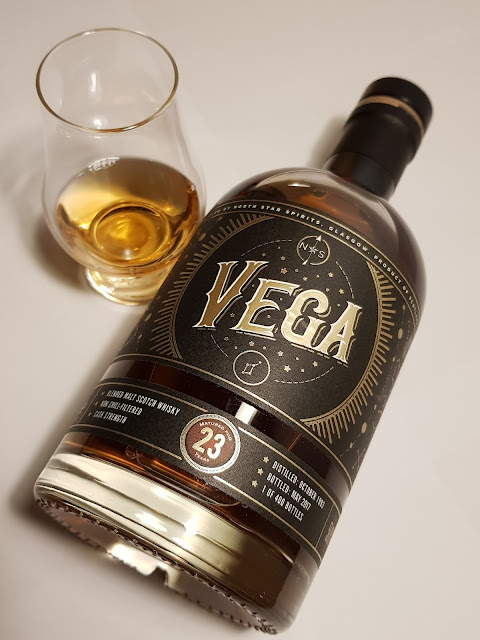 What's in the bottle you may be wondering? As previously stated this is a blended malt with all the malt coming from the Speyside region and matured in a combination of American and Spanish oak casks. Distilled in October 1993 and bottled in May 2017 the youngest constituent is 23 years old. Limited to just 400 bottles and bottled at a cask strength of 51.1% ABV, natural colour and non-chill filtered.

On the nose: a burst of caramel leads to dried and stewed fruits - cinnamon coated apples and berry compote, figs, hazelnuts, old leather and dried chilli flakes, polish and heather embers. Water makes the nose drier, dusty almost. Resinous with wood offcuts and shavings. More spice and pepper heat come to the fore underpinned by the stewed fruits that are destined for a crumble.

In the mouth: Thick, creamy and mouth coating with lots of spice – cinnamon, clove take charge at first leading into chocolate orange, digestive biscuit crumbs, dark brown sugar and a very subtle smokiness. With water the spices are retained but sugar sweetness comes to the fore from the berries and dark brown sugar... almost treacle like. The finish is medium length and is warming with dark chocolate cherry liqueurs (the ones you get at Christmas), winter spice mix and a little waft of smoke.

I get that taking a punt on the unknown isn't everyone's cup of tea, it's a risk that sometimes can be rewarding, other times it can be a kick in the teeth. On this occasion fortune favoured the brave. For the price this was an absolute steal of a whisky, was very enjoyable and sadly an experience that is unrepeatable due to the limited outturn. North Star recently released a 40 year old version of Vega but sadly this time my wallet couldn't stretch to the £125 asking price but if this is anything to go by it will have been worth the outlay.