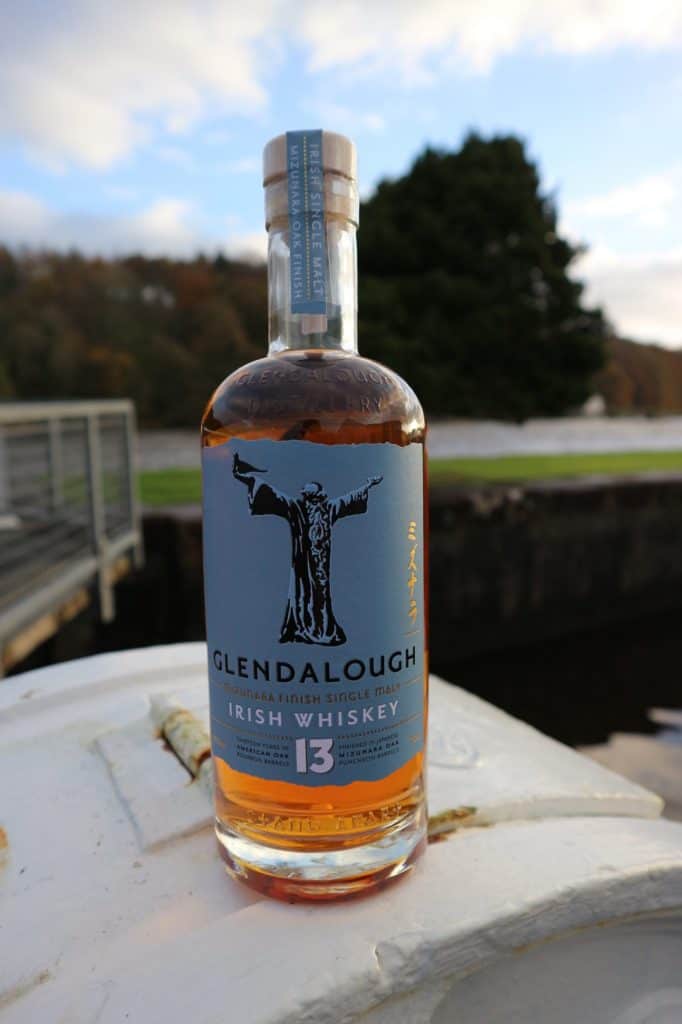 Do you remember those heady days when Japanese whisky used to be affordable? It really wasn't that long ago you know? A cursory glance at the time machine that is the internet lets us see that around 6 or 7 years ago Yamazaki 10 used to cost around £30 a bottle, back in 2013 you could pick up the 12 year old stable-mate for £45 and the 18 year old for £110. Try to find the 12 and 18 for anywhere near those prices now. The 12 year old may set you back upwards of £100 and the 18 year old has gone well past £300.

Of course to a certain extent we are to blame for the price rises. You see, we actually liked Japanese whisky and bought so much of it that Suntory and Nikka struggled to cope with demand, eventually phasing out many of the age statement bearing expressions and barely exporting any of their wares either. Then, of course, a certain Mr Murray named the Yamazaki Sherry Cask 2013 his Whisky of the Year and the world went mad!

Thus even just having a touch of Japan about your whisky added considerable expense. We all probably remember when Bowmore released their Mizunara Cask Finish in 2015, a first for Scotch whisky. £750 for a NAS! Mental. True it contained spirit between 15 and 25 years old and was cask strength, but still....pricey for a NAS.

So why does Mizunara Oak add a premium? Well the trees don't grow straight, it has a high moisture content compared to American and European oak meaning it is more difficult to work with, it's very porous and so is prone to leaking and finally the trees need to be old, very old...around 200 years (compared to 75 for American/European) before being considered for barrel making. All these means a Mizunara cask can set you back around £3,500 to £4,000.

So quite an investment for Glendalough (pronounced Glen-da-loch) to stump up for their choice of finishing cask on their 13 year old single malt. Glendalough single malt is double distilled and at present is sourced from Cooley until their own whiskey matures. The 13 year old Mizunara has spent 13 years in 1st fill bourbon barrels before receiving a finish of up to a year in a Mizunara puncheon. The Mizunara barrels are sourced from the Ariake cooperage in the Miyazaki prefecture of Hokkaido Island. The whiskey is bottled at 46%, there is no mention of non-chill filtration anywhere on the bottle or if colouring has been added although I'd hazard a guess it isn't tainted by the dreaded caramel. This bottle cost me £65 from Fairleys Wines - quite reasonable compared to the Bowmore! 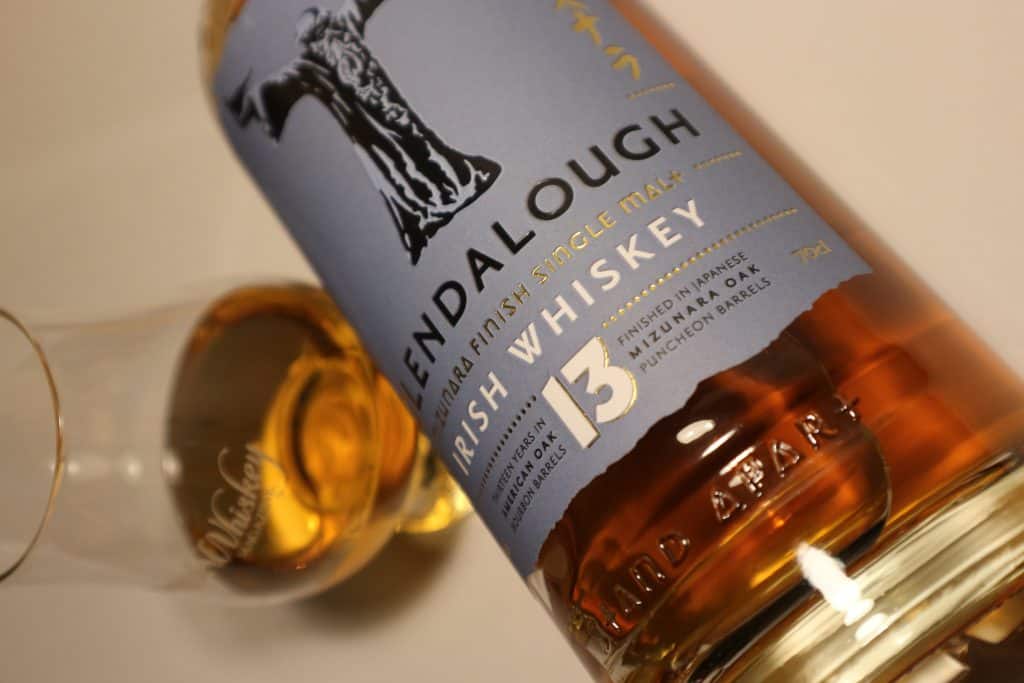 In the mouth: A medium mouthfeel, quite creamy. Vanilla infused buttercream, toffee and oak spice from the bourbon cask. Peach and nectarine with a touch of allspice layered with coconut shavings and almonds. The finish moves from coconut to chocolate to mocha, oak and light clove notes. Water intensifies the bourbon notes of honey, vanilla and spice and more chocolate.

I have tried the regular Glendalough 13 year old single malt that is fully bourbon cask matured a couple of times in the past and it just didn't blow me away. I always thought that the finish was slightly bitter and acrid and detracted from the experience. However, the Mizunara finish has definitely elevated the expression noticeably. Gone are the bitter notes instead replaced with a lovely layer of coconut, woody spice and chocolate but all the while the fruitiness of the malt still cuts through. A really enjoyable dram from the team at Glendalough and one I would happily purchase again.