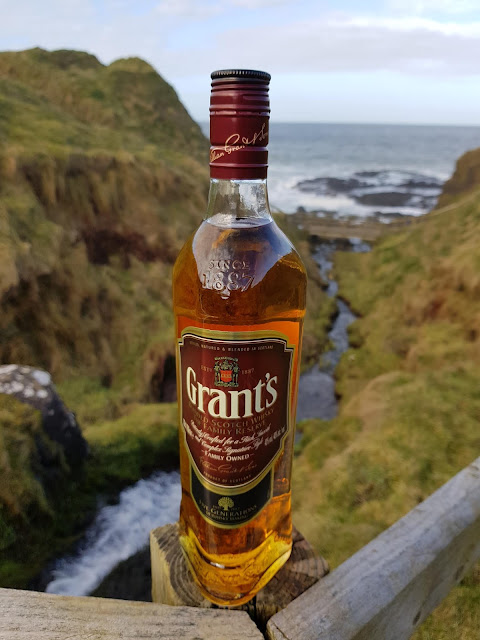 Until the recent Irish whiskey renaissance most of the Irish market was dominated by blends, Bushmills Original and Black Bush, Jameson, Paddy, Powers, Tullamore Dew being probably the best known. It wasn't until Diageo's ownership of Bushmills that they really pushed their single malt range on the market in a big way and the pot still comeback only really started in the the 1990's with the rebirth of the Redbreast brand.


Twenty years ago here in Ireland then blends both Irish and Scottish would have made up most of your choices at the off-licence or local bar unless you went to pretty specialist establishments. Even now I'd wager most off-licences in Ireland carry a larger proportion of blended whiskies than malts or pot stills.

So it probably stands to reason that one of our first experiences with whisk(e)y will have been a blend.

With blends though, there can sometimes be a little bit of snobbery toward them, seen as the poor cousins of the malt world. But history tells us that without the humble blend, malt and pot still whiskies in their 'single' format simply wouldn't exist.

As with single malts and pot stills, quality among blends can vary considerably. On this site I have tasted some cracking blends in the form of Bushmills Black Bush, Jameson Crested Ten and over on Malt there was the Tweeddale Evolution and Bushmills 1608 400th Anniversary. Then there have been those that have been less impressive.....Jameson Signature and The Silkie.

Anyway, on a trip to Sainsburys this particular expression of Grants was on offer for £10. Yes, that's right....£10 for a full 70cl bottle of blended scotch. Normally it would cost around £15 (hardly extravagant even at that price). But at a tenner I thought I may as well chance it for the laugh and see where it takes me. Bottled at 40% abv and equivalent to 28 units of alcohol....the label literally gives no more more facts than these.

In full storyland mode though it tells me that this liquid has been 'patiently crafted for a rich, smooth and complex signature style'! Yippee!

What I do know is that the major ingredient in this will be Girvan grain whisky...which means wheat. Which means....start praying!

Over on Malt, Adam has actually reviewed this whisky and explains why why modern cheap blends are mostly total rubbish. The fact that I chose to include this link may give you and indication as to where this review is going! 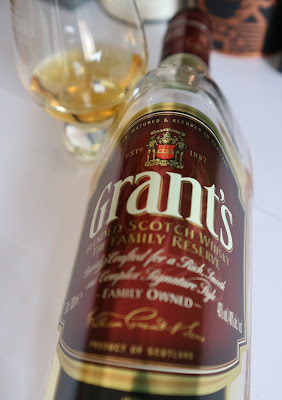 A light dab of apples, pears and honey before a deft uppercut of young grain spirit and acetone. There's a certain synthetic sweetness to the nose too but mostly that acetone note.

It's very sweet on arrival, but again it tastes artificial. There is a unpleasant metallic note to it. Then a little artificial vanilla essence with a light smattering (and I'm being nice here....you need to really search for this) of clove and nutmeg. The overwhelming notes are of young, bland wheat cereal grains.

It has left the building as quickly as it entered.

At a price of £10 I wasn't expecting a lot. I got even less than that. This is truly awful stuff, devoid of aroma, flavour or character. At £15 I would have felt that I had literally been pick pocketed, even spending a tenner on this stuff has left me a little glum.

If you see this in your local Sainsburys, Tesco Asda my advice would be spend an extra couple if quid on the likes of Bushmills White label or regular Jameson for a much superior experience, even if it's only for making cocktails or hot toddys.