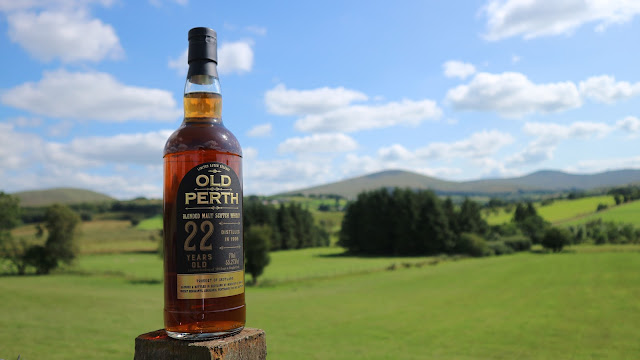 A new Instagram post recently piqued my interest. A new bottle was due for release, very limited, and I had missed out on purchasing the last variation. The bottle in question? Old Perth 14-year-old, a blended malt containing just two distilleries’ wares: Highland Park and Macallan, married together in a sherry cask for the entirety of their maturation, producing 675 bottles.

The Old Perth 13, the one I missed, was a blended malt again comprising the eponymous duo from Edrington. This time, production yielded 620 bottles from a single sherry cask, and it sold at retail for a reasonable £75 to £80, depending on the retailer. Personally, I was a bit gutted I had missed out, but hey; you can’t buy everything... right?

Here stood another chance to get in on the action. I direct-messaged the retailer in question, the Whisky Barrel, about when the 14-year-old would be available to purchase.

“Be warned. They increased the price quite a lot!”

I waited for the listing... then I saw the price, and promptly decided that I didn't WANT this one any longer. The price had jumped to around £125. As much as I'd have liked to have tried it, I wasn't willing to part with that much cash, even for a blended HP/Macallan. Considering the 13-year-old had only been released around six months earlier, I was a bit taken aback by the substantial price rise.

I messaged the Whisky Barrel to say I'd suddenly lost interest in making a purchase. They explained that the price rise wasn't their doing, but was the result of Morrison & McKay (the blenders & bottlers of the Old Perth range) themselves. Essentially they had watched the previous releases go straight to auction and make much, much more than retail, so the price rise was designed to curtail this release going straight to auction, and to obviously cash in on the the sums we consumers were willing to pay (the last part of that statement comes from myself, not the Whisky Barrel).

I can understand Morrison & McKay's logic. The Old Perth 13 was fetching north of £400 at auction, a tidy windfall for those flippers who never intended to open their purchases, and had a direct line to their auction house of choice. So as a producer, why not get a slice of the pie?

Now recently The Whiskey Barrel themselves made quite the commotion in the Twittersphere and beyond by pricing the recent Springbank 12-year-old cask strength at £150 a bottle, a bottle released with an RRP of around £55; coincidently, the price I paid for mine from my local bottle shop, Fairleys. When asked about the pricing, the Whisky Barrel were very open about the fact that they were essentially matching auction prices (I have since checked The Whisky Barrel website and noticed that the price has dropped down to £69.95 for the Springbank). They even have the entire Game of Thrones malt set on offer for the very reasonable price of £1500... slightly more than the £400 at which it was was available on Amazon.

Cue much murmuring, wailing and gnashing of teeth throughout the Twittersphere.

Now, this is not a phenomenon unique to the Whisky Barrel. There are many online retailers who add their own top line to a product, especially if they know it's limited release, discontinued or about to be so. Just wait a week or so after Feis Ile and see the proliferation of Festival bottlings that appear for four to five times the original asking price, charging auction prices before the auctions manage to even move any bottles. I even heard of retailers in Ireland last year refusing to sell on the latest Dingle Cask Strength releases as they were too valuable. Sad times indeed.

Curiously, though, these overpriced bottles seem to sell... eventually. Even auction prices and beyond don't seem to put us, the whisky-buying public, off making a purchase. As such, then, our own behaviour has not only helped fuel the flipping culture, but led onto producers and retailers, who are keenly watching our behaviour, to get in on the act.

Personally, I am not keen on retailers following this kind of price-setting culture. In fact, I think in the long run, this will alienate them from their customers.

As consumers, though, we have a choice, and that choice is not to buy. If you see a bottle that is significantly overpriced at retail, pass it over, and spend your money on something else. The world will not end if you miss the next Springbank 12 Cask Strength; there are an infinite number of alternatives on which to spend your £55.

If you see something on a Facebook 'Buy, Sell, Swap' page or at auction with a stupidly high reserve or asking price... just slide on by. Ask yourself, is it really worth it?

By voting with our wallets, we might cause a few opportunists to get their fingers burnt and possibly help put an end to the flipping, price setting and profiteering culture that now seems to be an ever-growing part of the whisky world, and we might even make the secondary market achieve a level of sanity.

Bringing this full circle, I actually have an Old Perth to review. The Old Perth 22 is a blended malt that is fully sherry matured and produced 326 bottles from a single cask at a healthy 55.2%. I don't know exactly what's in the mix, but there are rumours that Bunnahabhain and Glen Grant amongst others form the blend. I bought this from The Whisky Barrel for a very reasonable (in my eyes) £73.61 for my bottle share club.

On the nose: Initially quite taut, with a large alcohol hit and oodles of spicy oak. A little time brings cacao nibs, cinnamon sticks, raisins, ginger nut biscuits, and leather. There is an underlying fruitiness here, though: stewed apples, nectarine, and a notion of cherry Tunes (Google them). Water highlights cream sherry, more raisins, dates, brown sugar, tobacco and a light smokiness.

In the mouth: Not a super-sweet sherry bomb; more like dry oloroso, verging on a touch of fino. Raisins, dark brown sugar, clove, and quite a bit of oak. Walnuts and dark chocolate-covered brazil nuts with a tinge of salt. Water opens things out a little more and gives more dried dark fruit, more sweetness, steamed pudding, and the cherry note appears again.mSome chilli flake heat with a lingering wisp of smoke. The finish is of bitter chocolate, clove, oak and slightly ashy.

A very good whisky; not overly complex, but had enough going on to keep you interested and wanting to return. I feel this was cask dominant but for £73 for a 22-year-old blended malt there is little to argue with. There is a 23-year-old Old Perth available now, but it is literally twice the price on the Whisky Barrel site at £152. I'm afraid at that entry fee I'm unlikely to return to the brand for a second sitting to step up a year in age statement.