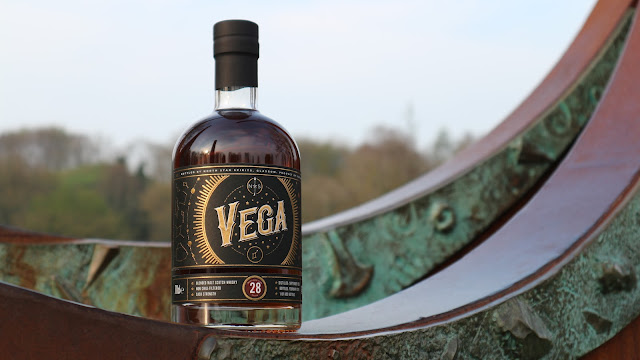 “Community: the people living in one particular area, or a group of people who are considered a unit because of their shared interests or background.”

I watched a rather interesting YouTube post from Malted in Montreal a while back entitled 'The Death of Traditional Whisky Reviews' in which our jovial host Swami highlighted the fact he wanted to take a step back from the #whiskyfabric or community of whisky enthusiasts. The problem he was facing was that a lot of the posts being put up were, for lack of a better word, marketing.

Swami concluded that indeed the #whiskyfabric had lost its objectivity and was now, in essence, a 'hive' mentality where freedom of thought and expression was denigrated. To quote Emmet from the Lego movie “Everything is Awesome”. To go against this line of thinking in the whisky world is essentially sacrilege, as I found out with my thoughts on Springbank 15.

This hive mentality seems especially apparent Stateside and can be very evident on social media feeds that are either, in essence, paid adverts, rich guys flexing their financial muscle with an abundance of old and rare Macallans, or ritual back-slapping on acquiring the latest Glenfiddich experimental release. They are lifestyle posts rather than being about the actual product. Have the audacity to offer an opinion that cuts against the grain of the collective celebration of mediocrity, and well... be prepared to feel the full force of the keyboard warriors. Time to pick your seat on the bleachers.

Negative comments are something, you may be surprised to read this, that I’m fairly used to now here on Malt, and I reckon that most of the Malt writers are too. It’s to be expected I suppose when you rail against the majority opinion, but it does amaze me when remarks get personal over whisky... as if my not liking your favourite whisky is akin to punching your mother in the face.

There were plenty of whisky reviews that I respectfully disagreed with when I started my whisky journey, which is actually the reason why I started my own blog in the first place.

One of the weirdest examples of the darker side of the #whiskyfabric happened in May this year when I attended a gathering of Irish bloggers in Galway, a trip paid for by Sonny Molloy's Bar, just so you know; transparency in action, guys.

On arrival at the first stop of the evening’s frivolities, I was told to check if my Twitter account had been suspended. It turned out it had... along with several others in the Irish blogging community, a well-known journalist and a whiskey bonder amongst others. As to why I had been targeted, I couldn’t account for, but I assumed I was guilty by association.

No warnings, no evidence to support the suspension just an account blackout. After an appeal and over a week off Twitter I was reinstated with a warning that if I broke Twitter rules again pertaining to posting spam, using bots to get followers or selling things, I could face my account being deleted for good. I suppose retweeting Malt articles could be mistaken for spamming people.

I did what every victim of such a travesty of justice would do: I immediately retweeted the email from Twitter and asked them to provide the evidence of my violations of their rules. Not expecting a reply, I began drafting a GDPR request to have Twitter give me information regarding the complainant, the nature of the complaint and the evidence to support my suspension.

Thankfully, Twitter saved me the hassle. Not long later, I received an email from Twitter with legal correspondence from the person who got my account suspended expressing regret that my account had been unfrozen. This letter even falsely alleged I had set up a false Twitter account to berate the person in question while my proper account was suspended; hard to do when you didn’t know who got your account suspended in the first place.

This all driven by a person I have never met or corresponded with directly - behaviour that is unsavoury and unwelcome. I’m sure a direct message, email or phone call could have sorted out the original offence -whatever it was.

If you ever follow the #fridaynightdram, #saturdaynightsip or #sundaynightsup evenings that occur every weekend on Twitter with the Irish blogging community and beyond, you’ll know that it’s like a feeding frenzy of banter and everyone gets their turn in the spotlight; sure, I have my own #jealouspathetic hashtag. Maybe I should start reporting people who use it or start litigation proceedings? No, I have a sense of humour and perspective!

Take, for example, my trip to Glasgow in February this year: a chance to finally meet Jason in person after years of Instagram and email correspondence. They say never meet your heroes, so it was probably a good thing Mark wasn’t attending the Glasgow tasting, but Jason turned out to be a lovely, charming and cuddly fellow, quite unlike his online persona! Co-ed: utter lies.

Roy Duff of @aqvavitae fame picked me up from the airport and taxied me to my hotel as well as sharing a few samples with me - someone with whom I had only corresponded with online, who didn’t know me from Adam, and yet went out of his way to welcome me to Glasgow. A true gent. Now go and subscribe to his YouTube channel.

I got to meet Noortje, Justine, Dora, @royswhisky, @whiskynorway, @sanfranciscoclub, @whiskyisonone to name just a few. All passionate people, knowledgeable and completely without pretence or snobbery.

My trip to Galway and subsequent trips to Midleton and Dublin let me finally meet many of the Irish blogging community for the first time including Omar (@thatsdramgood), Ivor (@whiskeytalk2u), Mark (@whiskeyorwhisky), and Barry (@irishwhiskeybarry) to name a few again. Thankfully, in real life, they turned out to be like their online personalities. True whiskey enthusiasts who are opinionated but know how to laugh at themselves, and certainly know how to have the craic.

In fact, in July, I attended two tastings, one in Midleton distillery and the other in the Palace Bar Dublin, that raised over €5,000 for local charities. Certainly something worth celebrating.

You may remember this year that Jason had his own #openyourbottles campaign encouraging us all to get back to whisky basics, you know that crazy idea that maybe we should all just open our purchases, actually drink them and even go so far as sharing the contents with others!

Thankfully, I also have positive experiences here, too. I have found people’s generosity and willingness to share totally refreshing, and a welcome change from much of the online posturing that occurs. Recently I took receipt of seven 50ml samples from @whitstablewhisky, including the latest Chichubu peated release (your reciprocal care package is being finalised and will be dispatched soon!). Again, someone who only knows me via Instagram and Malt, but hopefully I might get to a London Whisky Club tasting and put that right.

This level of generosity is not unique among our community of whisky lovers (apologies for not mentioning all those who have furnished me with samples, but you know who you are and are all to be applauded), and in fact, is one of the reasons that I can actually do this piece.

On the release of the North Star Vega 41 I posted an Instagram post of the Vega 23 I had reviewed here on Malt musing on my inability to purchase either the Vega 40 or 41. This post garnered a response offering a sample of the 40-year-old, which was duly supplied! So thank you Robert Ball (@mrrobertoball) of the Dead Bottle Collective for your great act of kindness.

In actual fact, then, maybe Emmet is right: maybe 'Everything is Awesome' after all.

And with that... let’s talk whisky. 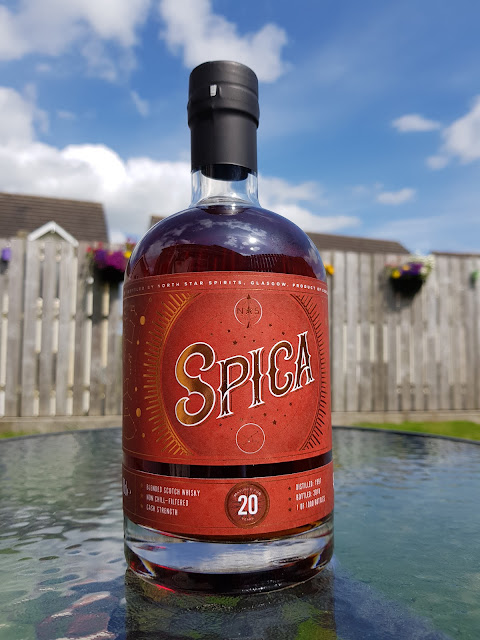 In the mouth: rather lacking in body considering the ABV. Spicy from start to finish. Dark fruits first: raisins and dates, then dark chocolate, licorice and coffee, with lingering spice attack of dried chilli flakes, black pepper and raw cloves. The finish continues the dry spice theme along with a light tartness: pink grapefruit, coffee and cocoa nibs.

On the Nose: sweet sherry at first, overlaid with orchard fruit: apple and pear. White grapes, orange zest, caramel and latte coffee. A definite menthol element with the lightest of clove notes. Quite honeyed.

In the mouth: again, rather thin in the mouth—coffee grounds, brown sugar, raisins covered in baking spices, and then an over whelming barrage of pepper and dry toasted oak. Really tannic, leaving a slight metallic aftertaste. The finish is warming, oak-driven with bitter coffee grounds becoming rather sour. 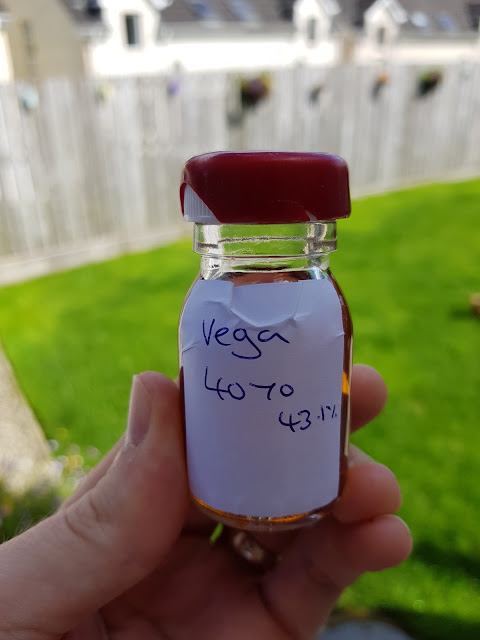 On the Nose: now, this is inviting: sherry influence is apparent, but not overwhelming; it has stewed red and dark berries like a strawberry, raspberry, blackberry and blackcurrant compote. Sherry soaked raisins and sultanas. Some apricot too. Very jammy. Leather and rolled tobacco leaf. Marzipan with orange oil and a hint of mint. There is a little cherry, too, along with cola and chocolate.

In the mouth: a medium mouthfeel this time, slightly oilier than the Spica or Vega 28. A soft but flavoursome arrival that is thankfully not overtly sweet. Dry oloroso with a touch of manzanilla. Hazelnuts and almonds, salted dark chocolate, muscovado sugar and then those jammy berries from the nose along with the apricot, citrus oil and menthol element. Beeswax, raisins and espresso. The finish is long with licorice, orange oil, black pepper and a soft old leather note.

Certainly a mixed bag here. My first experience with North Star Spirits was the very lovely Vega 23 year old. I missed out on purchasing the Vega 40 & 41 year olds and so was intrigued when the Spica 20 was released. Could it match the goodness of the Vega 23 year old?

Not quite. For the price of £55 it's a solid whisky but cask dominated. Certainly more about the oak than the mix of spirits which is a shame. Though slightly imbalanced, it is a decent drop, especially considering the asking price.

The Vega 28 is a real disappointment. For £100, I expected a lot more, but instead was subjected to aggressive oak and spice with little-to-no flavour development. Even as the bottle has slowly drained dram by dram, things haven't improved... sadly. I thought possibly time and a little oxidisation would improve proceedings. Alas, this has not been the case, and I've been left thinking my £100 could have been spent much better elsewhere.

Finally, the Vega 40 year old. Firstly, it's been a pleasure to finally scratch the itch that was drinking a spirit older than me. Secondly, it’s even better that it turned out to be really good. An excellent balance between the nose and palate and at the release price of around £140 good value for money too. Even better than someone saw fit to open and share it.