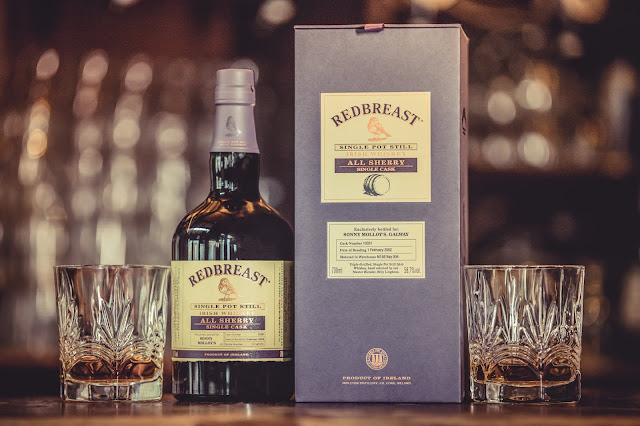 By now you may be aware that I am a firm fan of Redbreast whiskies, really there isn't a bad one among the core range with the 12 year old Cask Strength and the 21 year old expressions being exceptional. They are a testament to the skill of the master distiller, Brian Nation, master blender Billy Leighton and master cooper, Ger Buckley. All their individual skill sets combining to produce truly superb whiskey.


But the release of the Mano O Lámh back in 2015 switched things up a little. All Redbreast expressions in the core range comprise 75% bourbon cask & 25% sherry cask matured spirit. The Mano O Lámh was the first All Sherry matured Redbreast. Bottled at 46% this was fully matured in 1st fill Oloroso sherry casks and was a vatting of 17 - 20 year old whiskies with an outturn of 2000 bottles. Needless to say this was snapped up in a hurry especially at the asking price of €65 a bottle. While you can still find it from time to time on auction sites be prepared to pay a sizeable premium. Alternatively you can buy it by the pour in the Duke of York in Belfast for around £15 a measure (I'm sure there are other bars around Ireland that sell it by the pour too).

Of course this led to us dreaming of what a cask strength All Sherry singe cask would be like. Redbreast duly obliged, There have been a few releases since. La Maison du Whisky releasing 19 year old and 25 year old single casks, The Friend at Hand in Belfast has a 25 year old that can only be bought in the shop and in November 2017 Master of Malt released a 16 year old single cask that I reviewed on Malt, just to highlight a few.

Not to be left out are Sonny Molloy's Bar in Galway. In fact this is the first time that Redbreast have partnered with a bar to release a single cask expression. Formerly a drapery shop, Sonny Molloys is one of the most widely recognised bars in Galway, renowned for its whiskey selection. Indeed it is one of the founding members of the Galway Whiskey Trail. 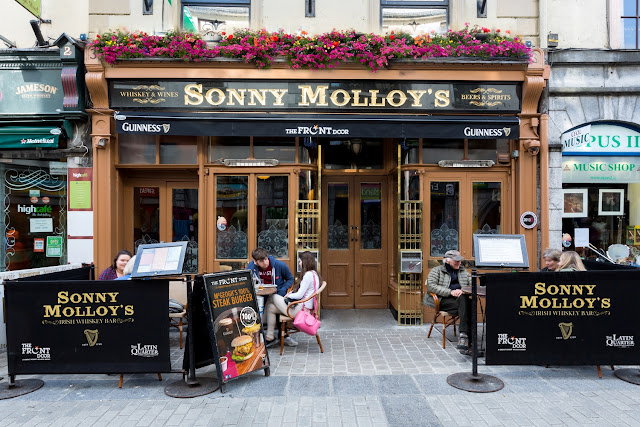 Apparently Sonny himself was partial to a Redbreast 12 year old as his nightcap of choice so it seems appropriate that Sonny Molloy's and Redbreast partnered up on this venture.

Bonded on 1 Febuary 2002 in cask 10351, the 500 litre Sherry butt has yielded just 570 bottles at a strength of 58.7% abv. To make this yet more exclusive only 200 of the bottles have been made available for general sale. This means that the price is pretty exclusive too.....€345 for a bottle, although as part of the gift pack you do get two Galway Crystal tumblers and a certificate of authenticity endorsed by Master Distller, Brian Nation. Of course you can buy it by the measure in the bar itself for €25 I believe (although I stand ready to be corrected).

While I was excited to see how this would compare to the Master of Malt bottling the entry price meant I certainly couldn't afford to buy a bottle to find out. The 5 hour drive to Galway for a measure at the bar was also an inconvenience.

Then via the magic of Twitter I noticed a few of the Irish blogging community had been sent samples. Ivor (@whiskeytalk2U) and Omar (@thatsdramgood) to name a couple blatantly flaunting their wares in our virtual faces! It was agonising....the jammy sods! Then something magical happened. Ivor suggested a Twitter tasting for those who had received the sample packs and Sonny Molloy's offered to send out additional samples to those who would be interested in joining the event. Class.

I duly made known my intentions.

This twitter tasting on December 18th 2018 actually became the inaugural event of Ivor and Omar's collaboration, TalkDram Tastings (@talkdram). Essentially the Irish version of the Whisky Wire. The first evening was a great success and I look forward to seeing how it grows and expands the Irish whiskey community.

A couple of days before the tasting my sample pack arrived. It was difficult not to get stuck in there and then but I managed to control myself and held off until the 18th.

On to the tasting notes then! 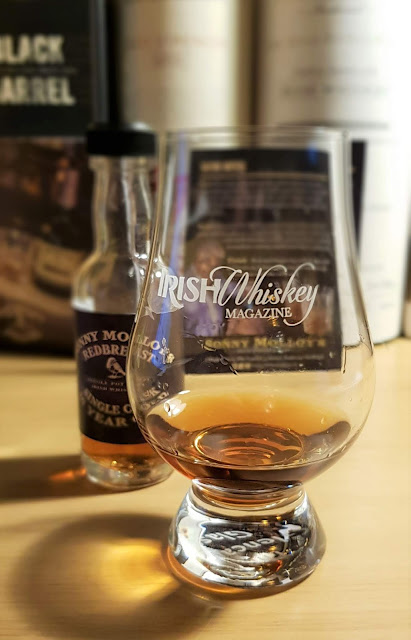 You can almost feel the sugar crystals on your tongue - dark brown sugar, raisins, medjool dates, steamed pudding, nutty sherry and marzipan then a big hit of clove rock and cinnamon. Although very drinkable at cask strength water brought out dark chocolate and coffee notes.

A truly superb cask choice and a simply beautiful whiskey. Less aggressive and better balanced than the Master of Malt equivalent that I reviewed for Malt. Saying that it is still more sherry cask than pot still spirit but if you love sherry monsters you will adore this.

My only real issue is the entry fee. It seems that the €345 asking price is the going rate for Redbreast Single Casks these days, The Palace Bar in Dublin charging a similar price for their 17 year old Single Cask, but I'm not sure I could warrant spending that kind of money on a bottle.

For those of you who can afford one you will not be disappointed.

Thanks to Ivor & Omar for organising the tasting and thanks too to the generosity of Sonny Molloy's Bar for sending me a sample.