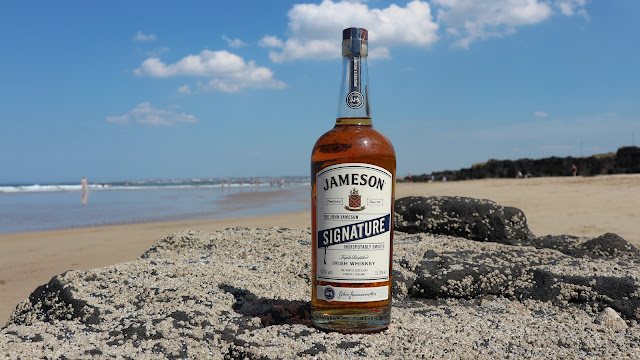 It would seem that my review of The Silkie was slightly divisive, not least in the Twittersphere. There were those who thought that it highlighted a valid labelling concern and others who felt I was being harsh on a company who at least have the cojones to actually build a distillery from scratch. Of course, I take my hat off to anyone that is willing to invest in building a distillery from the ground up and, as stated, The Silkie is not the whiskey to judge Sliabh Liag on. Only when their own spirit comes of age can we really pass judgement.

And as ever, what appears here on Malt is only my opinion. It's not the be-all and end-all!

As the discussion carried on with various Twitterati I was confronted with the knowledge that The Silkie had won a Gold Award at this years Irish Whiskey Masters event, run by The Spirits Business, in the Premium Blend category. I was also informed by one user that they would much rather go with the opinion of a panel of judges than with my sole opinion, which is of course absolutely fine – as I keep stressing, it's only my opinion.

I decided to check the full list of prize winners to see what else would jump out at me. As I read through the prize winners, lo and behold, also a Gold medal winner in the Premium Blend category was the Jameson Signature. A bottle I had just finished doing tasting notes on after it being acquired for our local whisky club.

Now I have a bit of an issue with these awards (surprise, surprise!).

First, these awards cost you money to enter. Unlike Malt where for the majority of reviews we have actually paid hard cash to buy a sample or a bottle because you know, we actually like whisky, to enter one of these competitions (of which there are many) you have to pay for the privilege.

So for the Spirits Masters events run by The Spirits Business each entrant is charged £195 plus VAT for the first product they enter, with each subsequent product attracting the bargain fee of £150 plus VAT. If you wish to enter the World Whisky Awards in both the Taste & Design sections that will sting you £238 plus VAT for one entry. Again the more entries, the less you pay. Or there is The International Wine & Spirits Competition which is the cheapest so far at £145 per product entered, if you enter online!

So what do you get for your hard earned cash when entering these events? Well I copy and pasted from the Spirits Business page so you could see why you should enter a product!

At the IWSC you are buying a trusted seal of approval, a raising of your profile via social media campaigns and live events, an increase in sales with winners highlighted on Amazon and worldwide PR.

Strangely the World Whisky Awards don't feel the need to tell you why to enter, but I imagine that its pretty much more of the same.

So if I'm reading this right, which I think I am, you pay to enter these competitions (in inverted commas) to increase your brand visibility and increase sales. No mention of actually judging whether the product is in any way decent or not.

Then there is the number of medals handed out. Sticking with the Irish Whiskey Masters competition (otherwise this could be a very long, cumbersome and ultimately boring piece, if it isn't already) in the Premium Blend category there were 9, yes 9 medals awarded. Jameson Black Barrel was awarded a 'Master' medal while 8 golds were awarded. 8 golds... imagine that! It's like all the sprinters in the Olympics 100m final crossing the line at exactly the same time!

Maybe I am being naïve, but I would have thought that when running a spirits competition you would want one clear winner, followed by 2ndplace and a 3rdplace... a la an actual competitive race, especially if you award gold, silver and bronze medals. But 8 golds – really? There isn't even a hair to be split among them?

At least Jim Murray has the bottle to pick an outright winner in each category he conjures up for his Whisky Book.

Finally, there is the sheer number of whiskies to be sampled. For the Irish Whiskey Masters there were 56 winners (the vast majority being Gold medal winners) in 12 different categories. At least 56 spirits to get through. Now, I don't know about you but by the time I have got to whisky number 10 differentiating smells and tastes becomes a little haphazard to say the least. Even using a spittoon, by the time you've hit 20 or 25 whiskies you nose and palate have taken such a beating its akin to the Rumble in the Jungle! By number 30 everything smells and tastes a million dollars even if it was The Silkie.

Now call me cynical, but paid-to-enter events that give out a medal for essentially just entering the thing in the first place are not where I want to take guidance from, especially when it comes to my hard earned cash. To me these competitions are run by the industry for the industry. They allow brands to print shiny medals on their labels, or in the case of one Irish whiskey purveyor to post limitless amounts of pictures on social media of their bottles draped in the actual medals themselves!

And for what purpose? To part you from your cash. Your money spent on products that may very well not be Gold standard at all.

So what about the Jameson Signature then? It's a travel retail exclusive (shudder!) that gives out precious little about what's in the bottle. It's a No Age Statement blend bottled at 40% with the usual chill filtration and colouring, and cost our little group £47 from Belfast International Airport for a one litre bottle. 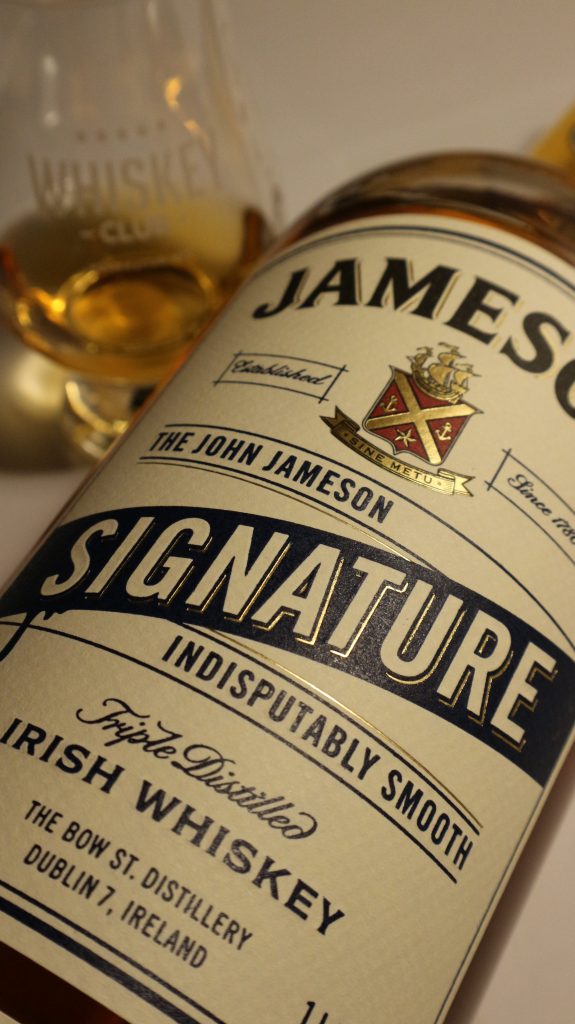 On the Nose: Grain alcohol kick to the nose – some cinnamon buns, a lot of orchard fruit – apples, pears, peaches and ripe bananas. Honey, vanilla then a slightly unpleasant acetone spike before getting a bit of dried ginger and oak.

In the Mouth: Thin quick legs in the glass which means a thin, watery mouthfeel. Floral cereal notes with something metallic kicking about. Runny honey, vanilla essence, toffee sauce, fruit loaf, a light smattering of spices – clove, pepper, cinnamon and a little ginger with a bitter herb note to finish along with that metallic note.

A Gold medal winner eh? Not for me I'm afraid and another very disappointing Travel Retail experience. I wouldn't recommend this over regular Jameson and certainly not at the price being asked. It supposedly has a higher level of sherry matured pot still but its the grain, and young grain at that, that is rampant both on the nose and palate. It just doesn't seem to have integrated particularly well and I can't get past that lingering metallic note.

There are much better whiskies out there on the market at the price and certainly if you must look within the Jameson portfolio I'd direct you to the Black Barrel and Crested before this. It loses a point for its pricing.