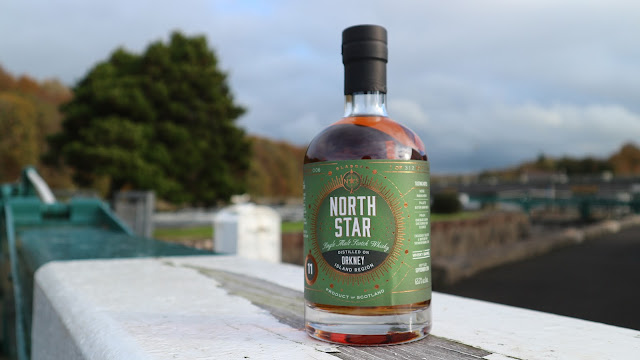 I can still hear them. The screams. Oscillating through the night air. Screams of terror. Screams of anguish. Screams of desperation. All was not well in the Kingdom of Fife.

Max the Viking is in town and he has a score to settle!

Yes, those screams of terror belong to our very own Jason. There's another Highland Park on the scene and Jason has been given the opportunity to review it. Like a rapacious horde of Nordic ravagers, they just keep coming.

I actually think that once their Viking branding nonsense has been exhausted, I know where the next logical tie-in for Highland Park will be. Lord of the Rings.

Edrington, Sauron-esque in their quest for world domination. Highland Park, one of Erdington’s Ring-wraiths, once of the world of men and highly esteemed but now corrupted to serve its dark master. Each new expression of Highland Park a new legion of Uruk-hai unleashed to unburden wallets of cash and desecrate palates. Our beloved whisky world awash with e150 laden liquid of intolerable mediocrity.

Away from Middle Earth, signal fires of a different sort were lit. I received an urgent message on Instagram. Not really a message, more a plea. A plea to save the jaded and abused taste buds of a man on the verge of being broken by the Viking onslaught. Would I be interested in stepping up to review this new arrival?

For a brief moment, I did consider declining with a witty retort, something to make Alexandra proud. I thought it would be fun to see how Jason would approach yet another Orcadian review, plumbing the depths of his near broken and fragmented mind to put a fresh spin on the auld enemy. But then I realised I’m not a monster and my humane side kicked in (and I also couldn’t think up of a witty retort). Proposal accepted and Jason was able to decline the offer.

As it happened Jason needn’t really of worried as I had already purchased a bottle from the Whisky Barrel.

Here's the thing with Highland Park though, while I and probably most of the Malt team would have little to do with the flood of original bottlings coming from Kirkwall for now, I don’t mind taking a punt on an independent bottling. As we've seen over the past year on Malt it would seem if you want a good Highland Park indie bottlings are the best option.

I suppose I still personally harbour a bit of a soft spot for Highland Park as it was the venerable 12 year old that helped lure me into the land of peat when I was starting my whisky journey. That fruit & malt combo with heather honey and subtle smoke were really engaging for me and a world away from the violent peat punch and TCP mouth rinse I received when I tried my first peated whisky, Laphroaig 10.

Because of this I still find Highland Park, at least in the indie bottling format, a bit of a draw.
What about this new Orcadian then? Released as part of North Star Spirits 6th release and an exclusive to The Whisky Barrel this HP has spent most of its 11 years in a refill hogshead before being finished in a Pedro Ximenez sherry cask. It’s bottled at 63.7% abv suggesting a fairly high casking strength, to begin with and is limited to 312 bottles. This cost me the princely sum of £51.50. 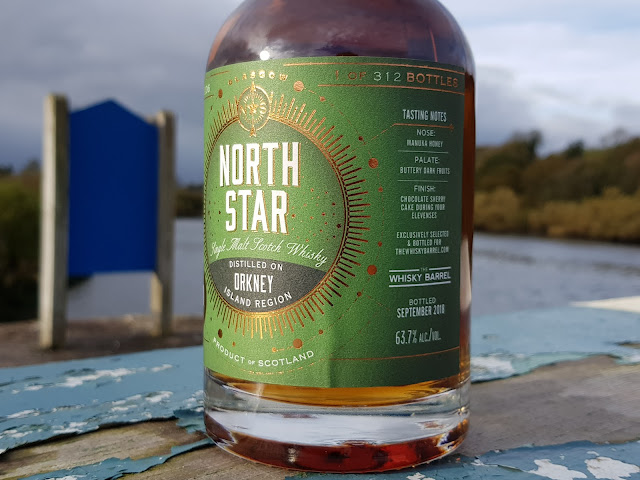 I actually think Jason would have liked this one! It's a bit of a fiery animal at full strength and definitely needs a good drop of water to tame it and open it up. It's not the most complex of whiskies and with a theme of honeyed, syrupy sweetness it's on the verge of being a dessert dram. At the asking price though there is little to complain about and it offers a lot more value yet again over the official bottlings of Highland Park – go on, just see what fifty dabs will buy you from the HP lineup – misery, that's what (or Valkyrie as it's otherwise known).

Hat's off to Iain Croucher at North Star Spirits and the guys at The Whisky Barrel – they have bottled a good one here. It's simple, it's tasty and well worth the admission fee.