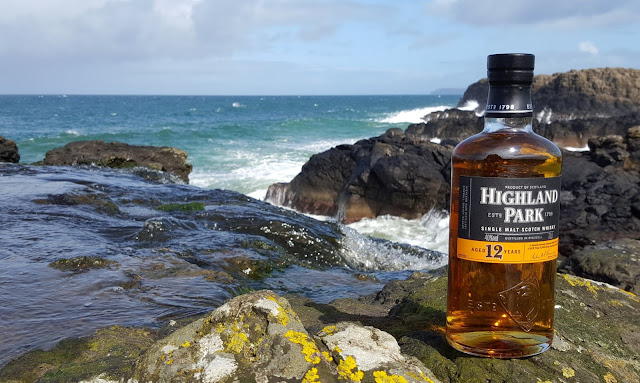 Highland Park has been around for quite a considerable amount of time. Officially established as a distillery in 1798 by David Robertson making the site legal after having been used for illicit distillation by local smuggler Magnus Eunson who now has his own expression in the core range.

Highland Park's reputation has been rather topsy turvy shall we say. In days of yore (and actaully not in the too far distant past) acclaimed whisky writer Michael Jackson declared that Highland Park was 'the greatest all-rounder in the world of Malt whisky'. Indeed the 12 year old, 15 year old and 18 year old expressions were held in very high esteem. Time though hasn't been terribly kind to the brand.

By 2014 Highland Park was suffering from major stock shortages due to irregular production during the end of the 1990's which led to the phasing out of the rather lovely 15 year old. This was replaced by the no age statement Dark Origins which was more expensive and less expressive. The Dark Origins itself was then discontinued from the core range as was the 21 year old and a slew of replacements entered the fray. Take a look at the website, the number of expressions is mind boggling.

During the last few years Highland Park's owners, Edrington, have launched a major re-brand going full Viking. This has led to numerous overpriced and underwhelming core range and special releases such as the Valkyrie, the Fire & Ice 15 year olds, The Dark & The Light plus a full range of Viking Warriors and Norse Gods. All of which seem to indicate that Edrington are concerned with quantity over quality.

Things have even got to the point now where independant bottlers have to refer to Highland Park as 'A distillery from Orkney' rather than using it's real name. Sadly at present the indies are probably your best bet for getting a decent Highland Park at a sensible price.

The 12 year old is now no longer the baby of the family as a 10 year expression has been added to the roster. The 12 year old is bottled at 40% abv, is natural colour but possibly chill filtered and is predominantly matured in European Oak sherry casks. I bought this particular bottle from Sainsburys on offer for £25. The new 'Viking Honor' 12 year old generally retails for £37 or so but can regularly be found on offer in most of the large supermarkets. 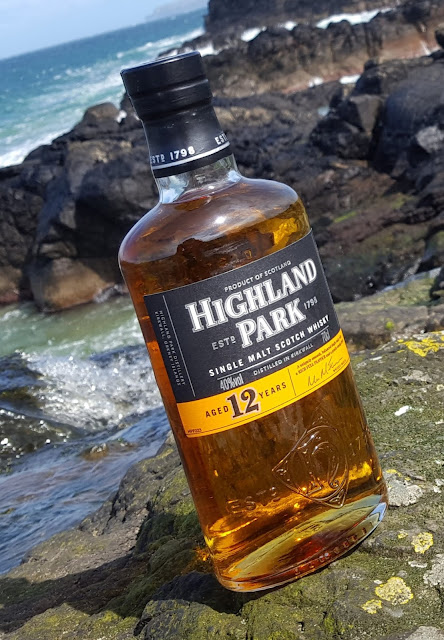 You know what? It's alright. Nothing here to blow your mind but it's solidly crafted and is pretty well balanced between nose and palate.

If you are looking an introduction into the world of smoky whiskies this could well be the ticket for you although my preference at this price point would Talisker 10 which to me is a much tastier proposition.

At full price there are better options available, on offer at £25 it's worth a punt.