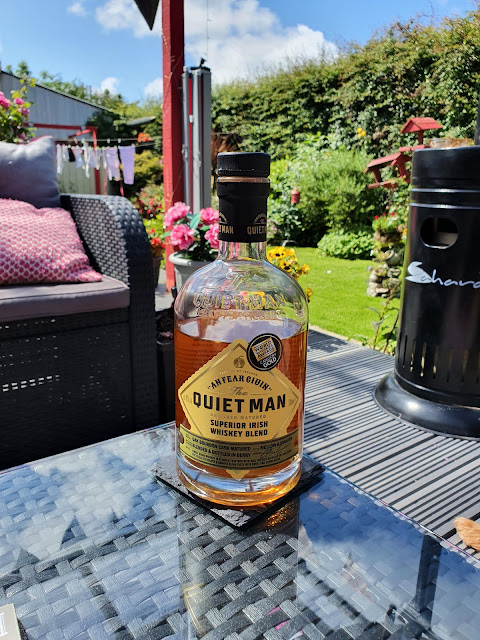 I’m on a quest. A quest that I have written about on the pages of Malt before. A quest that takes me through stormy seas in narrow channels, hemmed in by imperceptibly high cliffs of golden opportunity. Those unwittingly lured in by these seductive wares and soothing Siren calls can easily find themselves beached on the sand bars of mediocrity and regret. Navigate well and you may be rewarded with the odd hidden gem.

I am of course back in the supermarket. My trusty band of swarthy, battle-hardened sea dogs are once again being used as guinea pigs for the Malt masses. Yip, my little tasting club is back in the firing line. Why are we doing this? Well palates and wallets are at risk and we are willing to put ourselves out on a limb for the Malt readership. (If you wish to express your gratitude please send genuinely exciting samples of whisky for my attention to Malt Towers....no Bore-bon. Alternatively hit up the Malt patreon.)

You hopefully know the craic by now about our group. We throw in some cash each month; I pick a few bottles and they get the samples blind....100ml to each man. Then I sit back and watch the carnage unfold.

So why back to the supermarket? Well it’s where many make their first forays into the world of whisky and I want to helpfully guide the whisky noobs around the potential mines! Plus, with an ever-changing roster I still cling to the hope that one day, one fine day I will find that one new kid on the block that truly knocks my socks off even at a value price point. The quest so far has been fraught with dangers.

The Glenfairn range, a couple of Aerstones.... heck I even reviewed Grant’s original on my own little part of the internet. So far, the outlook has been bleak.

Is it too much to ask for more than just a harsh alcohol kick? More body than paint thinners? Flavour would be very much appreciated and dare we dream of complexity?

In the Irish realm of the supermarket it is very difficult to look past Powers Gold Label (especially since it’s horrific rebrand.... a job so well done that you literally can’t stop looking at it....it really is that hideous) and the value behemoth that is Black Bush. Want a dose of complexity too then Redbreast 12 is always available at my local Sainsbury’s for around £40.

As I’m always up for more palate brutality I decided that for a recent tasting club samplethon I’d go for two drops from The Quiet Man brand. You might remember them from this. Awful stuff that one. But as the recent review of the new Silkie offerings prove, I’m always willing to give a second chance to any brand... well maybe not Proper Twelve.

As a brand, The Quiet Man has had a bit of a topsy turvy time themselves. The distillery they planned to build in Ebrington Square in Derry/Londonderry was on.... then off, then on again only to fall by the wayside once more. I tried looking up their website to see if they still offered any more than the two expressions reviewed here today but their website doesn’t seem operational.

What’s in the bottles then? So, the blend is 4 years old, bourbon cask matured and is a marriage of the ‘finest grain whiskey blended together with malt whiskey distilled in traditional pot stills to deliver a smooth, clean taste with sweet and citrus notes. It’s bottled at 40% and is likely to contain e150 and have been filtered within an inch of its life. Oh, and it cost £25, or £29.86 from Master of Malt.

Bottle no. 2 is the 8 year old single malt. According to the front label, this ‘eight-year maturation in bourbon casks gives the malt a sweet yet spicy note while retaining the pot still complexity of the whiskey’. Interesting stuff. Again, bottled at 40% and if colouring was used it was certainly used sparingly. This cost £30, or £36.83 from Master of Malt, with the liquid coming from Bushmills if you’re interested.

Also, both these drinks are gold medal winners.... the blend at the 2018 World Whisky Awards and the Single Malt at the 2015 Spirits Business Awards and the 2016 San Francisco Spirits Competition. But we all know how I feel about these pay to enter competitions that give out medals just for entering.

In the mouth: Pretty sweet stuff - brown sugar, caramel, vanilla sponge and banana. The finish is short with light pepper heat and some lingering caramel 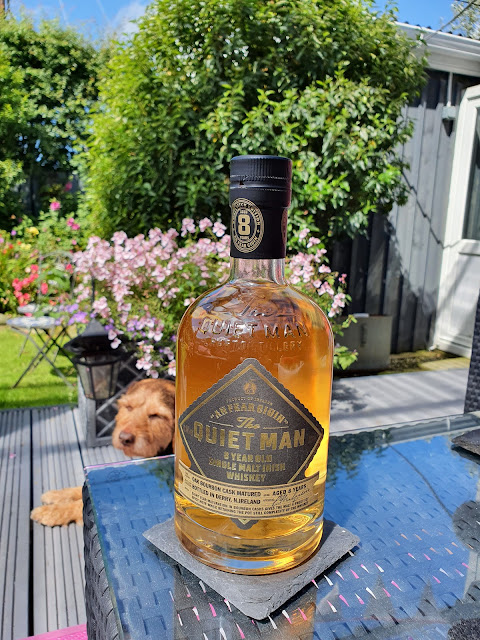 On the nose: pineapple cubes, nectarine, pear and apple, orange peel, honey and sweet malt. A total fruit bomb of a nose - then there is some toasted oak and ground black pepper towards the end.

In the mouth: Thin, watery mouthfeel.... there’s a certain amount of fruit there if you really, really concentrate hard - pineapple studded with cloves, honeyed malt and some bitter citrus. Black pepper builds and oak takes over. The finish is again short with woodiness dominating.

Well, well, well. My merry band of sailors didn’t just get beached but our ship got totally wrecked. The Sirens claim their victims. Actually, none of us were very merry at all after trying these.

The blend is just okay. I mean it could be any number of grain heavy Irish blends from Bushmills, Jameson, Tullamore DEW, Peaky Blinders and Paddy. Non-descript, not totally awful but better in a long drink than as a sipper and too pricey and £25.

The Single Malt though.... what happened here after such a promising start? The nose was that typical Bushmills tropical fruit platter and is actually quite appealing but the palate was just dead. As dead as the parrot from the Monty Python sketch. The barrels used here were obviously absolutely rinsed of every flavour compound bar pencil shavings which then managed to destroy any semblance of fruitiness that the nose promised. It’s just horrible to be frank. So much for those gold medals eh?

So please, please take my advice. Spend your money elsewhere.