A little while ago the good folk at Dunville's sent me a rather fetching gift box with 6 samples in. So although I was tempted to just drink the contents I realised that it was duty to also make notes on the samples within. Finally I've gotten round to typing some of them up for those that care about such things.

It's fair to say that Dunville's and I have, like many a whiskey producer I suppose, had a fairly fraught relationship. Not with the people (that I know of!) but between the liquid and my palate. There have been highs and definitely lows which of course I highlight (which makes me wonder why they or anyone bothers to send me stuff).

Finally there's a sample 'From Our Warehouse's', a 13 year old Oloroso finish that may be something of a departure from Dunville's as it's a change from the Dunville's base spirit. Read on to learn more.

The last two samples I've reviewed before. The 18 year old Port Mourant Rum cask finish and the infamous cask #162 which was a 19 year old when I reviewed it previously but is now a 20 year old. Thankfully I have a sample of the 19 year old version and will do a side by side in a later review.

On to the notes. 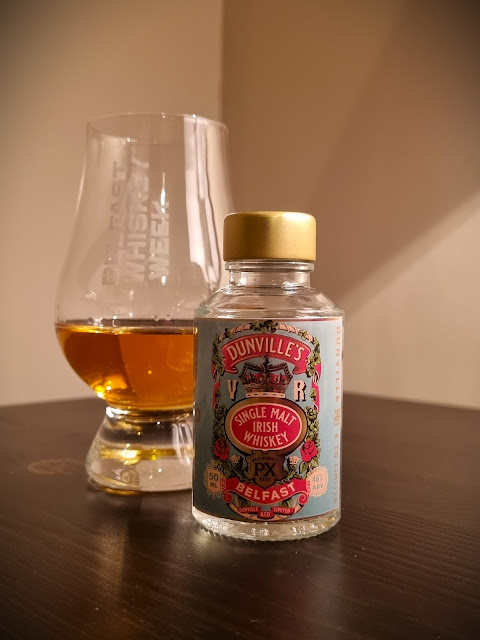 Nose: An immediate sweetness to the nose - vanilla, golden caster sugar and candied peels. There's honeysuckle and a touch of lavender, honeydew melon too. Some raisin and cinnamon with a mild oakiness.

Finish: Everything kind of happens at the front of the palate leading to a shortish finish with a peppery warmth along with dry ginger ale and a little cocoa. 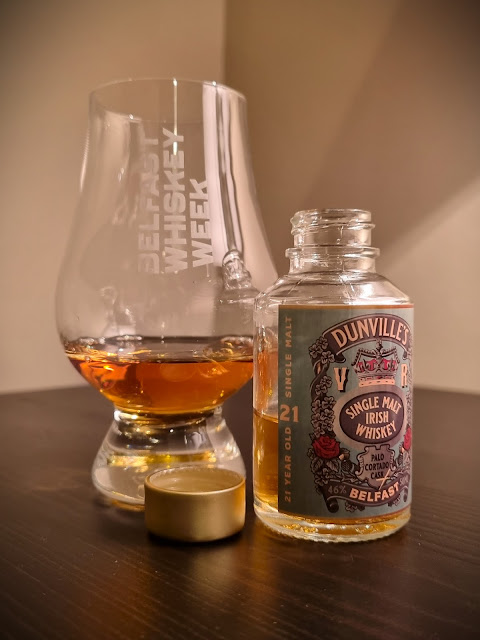 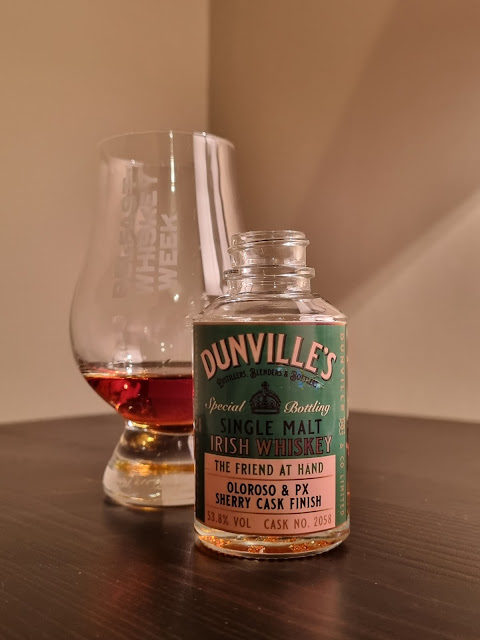 Nose: This has some heft to it - smells old and leathery yet fresh too with a good dose of morello cherry and furniture polish. Toffee apple and ripe banana. Vanilla sponge with butterscotch sauce. Melon there too. Marzipan, sweet raisins, coffee grounds and cinnamon. Some fresh tobacco leaf too.

Palate: Hmmmm.....not feeling this so much on the palate. Definitely not as expressive as the nose. Burnt sugar, chilli infused dark chocolate, fresh ginger and freshly cracked black pepper. Heat rises mid palate like eating a spoonful of wasabi. Some old leather and tobacco. 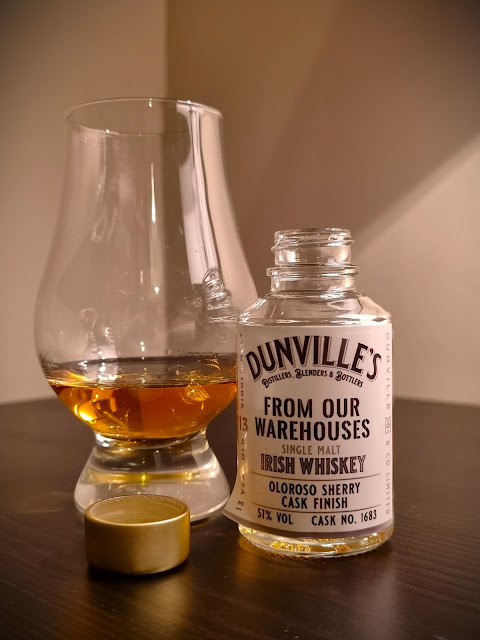 Finish: Medium length with oodles of fruit - orchard and tropical plus warming spice and vanilla cream.

Overall: I've reviewed the 10 year old PX before and I felt back then that the sherry finish was a little on the light side and that it was quite pricey for what it was. Fast forward 5 years and the 2022 version does exert a bit more of the PX finish on the base spirit but it doesn't feel the most expressive whiskey out there and at £66 it's hard for me to truly recommend it. The trouble is that it has competition for sherry bomb status from the McConnell's 5 year old Sherry Finish which definitely delivers a whack of sherry flavour but at nearly half the price.

The 21 year old Palo Cortado certainly steps things up a notch or three. A really, really nice dram that's well balanced between nose and palate. I've heard rumours this may become a core release with a price tag of around £200/€220. That may be a bit high end for me but as it stands it's a fine dram.

The tasting takes a steep nose dive with the Friend at Hand exclusive release. I know this has garnered positive reviews elsewhere so please remember tasting notes, opinions and scores are very much personal things, but this did little for me. The nose is a delight but the palate was such a let down for me. At £275 I'd be a very disappointed punter if I had bought this. In fact it reminds me of Cask 1717 that I reviewed previously.

Thankfully we finish on a high. From what I believe the previous three whiskies had Cooley as the base spirit. Cask 1683 uses spirit from an unspecified distillery in County Antrim that you might be able to triangulate between the Giant's Causeway, Dunluce Castle and Ballycastle. Even though it's a oloroso sherry finish it's so well balanced and lets the tropical fruit notes of the base spirit really shine through. A great balance between nose and palate it's dangerously drinkable. Super stuff.