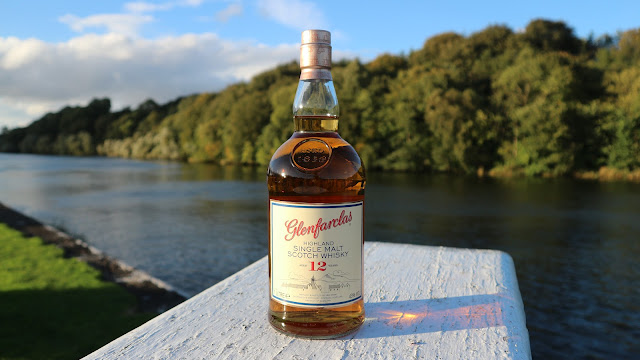 The 12 year old age statement is a fiercely contested part of the whisky market. Every established brand worth their salt in all likelihood has a 12 year old whisky kicking about its portfolio. Balvenie, Glenlivet, Glenfiddich, Dalmore, Redbreast, Auchentoshun, Glengoyne, Yellow Spot, Caol Ila, Johnnie Walker, Chivas Regal, Jim Beam, Weller.....I could go on and on and on for some time here but I reckon I've made my point.


It's also very much seen as an 'entry level' age statement these days. Yet, this wasn't always the case. If you went back to the 1970's and 1980's a 12 year old malt or blend would have been considered well matured, verging on premium actually.

In fact the reason why we have aged stock beyond 12 years old is due, in part, to the the whisky crash of the 1970's. Soon 8 and 10 year age statements were being replaced with 12 year olds and then older expressions came along as a way to get rid of maturing stock. It was also at this point that 'old' whisky started to be promoted as something desirable whereas in days of yore older whisky was often perceived as being unbalanced and over oaked, where the cask overpowered the spirit.

So ingrained is the '12 year old' now in our whisky drinking pysche that we can often overlook whiskies that are younger as being under-developed and immature. Yet there are many examples of young whisky out there that are worthy of exploration, especially from independent bottlers. Remember that age doesn't necessarily make the whisky - Glenfiddich 12 and Strathisla 12 prove that point.

So to keep the 12 year old theme running today we have the Glenfarclas 12 year to consider. Sherry cask matured, natural colour, non chill filtered and bottled at 43% this litre bottle cost €35 from www.whiskysite.nl....the 70cl bottle is available from Marks and Spencers for £35. 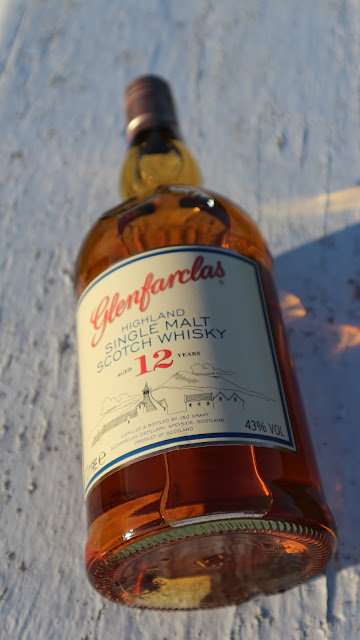 Quite a sweet arrival - honey, malt, orchard fruit, light sherry influence and some spice. After some time in the glass chocolate and raisins are apparent.

Quite short with a dry, nutty, warming finish

Quite a simple but well made malt from Glenfarclas, certainly a more interesting dram than the equivalent from Glenfiddich or Glenlivet. But for similar prices it has stiff competition from Kilkerran, Redbreast, Benriach, Glendronach and Deanston that I would probably pick before reaching for this. In fact, if you can stretch around another £10 I'd suggest going for the Glenfarclas 15 which is a much more fulfilling dram.