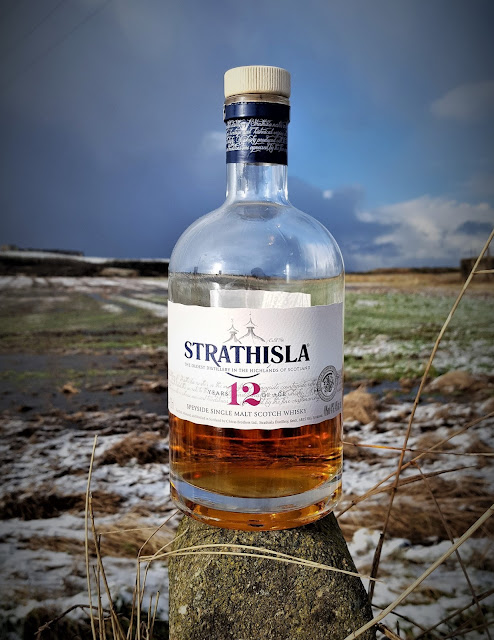 Back to the supermarket aisles for our next review........the Strathisla 12 year old. Now the name Strathisla may now immediately jump to the forefront of your mind when you are thinking of brands to purchase. That's understandable as in the Strathisla range there is only one expression and you're reading about it. Almost certainly though you will have heard of Chivas Regal. Strathisla distillery is the spiritual home of Chivas Regal and exists only to provide malt spirit for the eponymous blend.

Founded in 1786, Strathisla has underwent a few name changes. Originally called Milltown it soon became known as Milton distillery. By 1870 it is known as Strathisla before again reverting to Milton just twenty years later. Come 1951 and the name has returned full circle to Strathisla once more under the ownership of the Chivas Brothers.

The Chivas Brothers originally made their names through a grocery shop in Aberdeen, eventually gaining a Royal Warrant in 1843 serving Queen Victoria at Balmoral. Beneath their shop the brothers began ageing whiskies in their cellar and then moved into blending. This move into blending set the stall for the company moving forward.

The distillery today produces nearly 2.5 million litres of alcohol a year with the majority of this piped to Glen Keith distillery for filling or to be tankered away elsewhere. Only a very small proportion is kept onsite to become Strathisla single malt in one of their three warehouses, two of which are racked and the other being a dunnage warehouse.

This bottle cost me £17 on offer in my local Tesco but can be bought at in Sainsburys, The Whisky Exchange or Master of Malt for between £32 and £37. It is more than likely coloured with e150, chill filtered and is bottled at 40% abv. 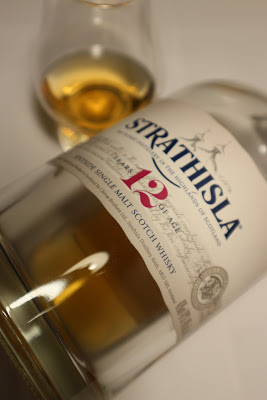 Sweet, malty, floral and fruity. Apples and pears very much at the forefront with a little sherry spice and a subtle oakiness.

Very short, dry oak that tails off into a slight bitter note.

This is just the epitome of dull. It exists as a whisky...nothing more, nothing less. A very limited nose and an even more limited palate, it just tastes.....like a cheap blend actually. It would seem that Pernod Ricard pay more attention to Chivas Regal than to the malt that provides the backbone of the blend. If I had of spent over £30 on this I would have been incredibly disappointed. As it happens I spent £17 and I'm incredibly disappointed. I don't even think I could recommend this for mixing as it's too expensive. If you need a Strathisla, buy a Chivas Regal or alternatively buy an independent bottling that might actually tickle your taste buds rather than bore them to death.