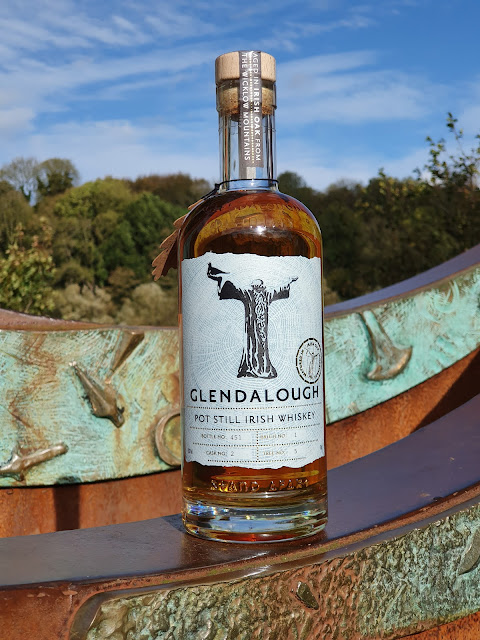 Since my Redbreast Dream Cask reviews, I have been getting a little good-natured (at least I think it’s good-natured) banter about my reviewing and scoring of said whiskies, and possibly all whiskey in general. There were those who pointed out that I scored the Dream Cask 32 the same as the Powers John’s Lane 12-year-old– a price differential of just over £700, if you round the DC32 up to a 700ml bottle. They both scored an 8, which on Malt means they are both ‘Really excellent,’ and in the case of the Power’s, as it costs just £50, means you should definitely buy one…right now!

There are some who feel that the DC32 is the ultimate in Irish whiskey, and should therefore garner a 10. That’s fine; that is their opinion, and it is as valid as mine. Personally, I just didn’t find it to be the pinnacle of Irish whiskey. The argument that surely as this was the oldest Pot Still available that it was good value at the price of €500 for 500ml was also levelled at me. Let’s not kid ourselves…if the DC32 had been released even 10 years ago, it would probably have retailed for around €200-250 maximum; such was the level of interest in Irish whiskey back then.

Irish whiskey is in a resurgence. Sales are increasing year on year, although mostly in foreign markets such as Asia and the US. As such, Irish whiskey is also victim to hype and hyperbolae; many in the community, I fear, are caught up in both.

The simple fact is that much of the Irish whiskey on the market is overpriced, of middling quality or sadly, a combination of both!

You may have guessed from the above, then, that I am no cheerleader for the Irish whiskey industry, and nor should I be. That’s why they employ PR companies and brand ambassadors to peddle their wares. Bill Linnane kindly pointed out that it was because of reviews like the Dream Cask 20 that I don’t get invited anywhere. A sacrifice worth making, I reckon.

I, like the other writers here in Malt, try to bring a sense of perspective and objectivity to our reviews, to cut through the hype and hyperbolae and the ‘Everything is Awesome’ mentality that can sometimes prevail. Yes, I know right now I’m living up to my grumpy, hashtag ‘jealouspathetic’ persona, but the constant celebration of mediocrity that surrounds not just Irish whiskey but the whisky industry in general does get wearing after a while.

Which leads us to today’s review. It was with a certain amount of trepidation that I agreed to receive today’s whiskey as a gift from the good people of Glendalough distillery. This whiskey wasn’t just gifted; it was also hand-delivered, in a crate, with a Tuath glass and wooden coasters made from the trees used to make the Irish Oak barrels. Thank you to Gary Dunlop for doing the leg work to bring this package all the way to the North Coast!

Why the trepidation? The simple answer is that I am going to be honest, and the honesty may not be well-received. Such is always the deal when bottles or samples find their way to Malt Towers.

Firstly, though, I have to give Glendalough some praise. Part of the care package included a little pamphlet regarding the juice in the bottle, and they were very open that this is not their own liquid; rather, it’s been sourced, but distilled to their own specification. Kudos straightaway for not trying to hide this fact. While they don’t disclose who has produced the liquid (I assume a non-disclosure agreement is in place here), it is welcome that they are so up front.

As this is sourced, Glendalough can't call this a 'Single Pot Still,' but that will change over time. Glendalough have started distilling their own Pot Still, and in the course of time, will form an increasingly larger part of the contents until it is all their own.

One neat feature is that each bottle has a personalised video, which can be watched here. For info, my bottle was number 451, from cask 2, tree 5 and from batch 1. The video gives a little detail of where the Irish Oak casks came from and the forest maintenance program being followed for sustainability purposes.

A little more about the liquid then. It is a Pot Still with a 1:2 mash bill of malted to unmalted barley. This distillate was then matured in Alligator char ex-bourbon barrels for three years before a further maturation in the Irish oak 250l hogsheads commissioned by Glendalough. Each bottle is then individually numbered with the tree, cask, batch and bottle number and is a release of 21,000 bottles—thus, not one for the collectors or flippers.

I also want to applaud Glendalough for their very prompt reply to answering my questions I had about the liquid. The whiskey is bottled at 43% but there was no mention of colouring or chill-filtration. A quick message via Instagram and the reply came back that this is untampered with, bar the reducing water. All good.

A bottle will cost €55 or around £50 although as stated I got this one for free.

On to the important bit…tasting. 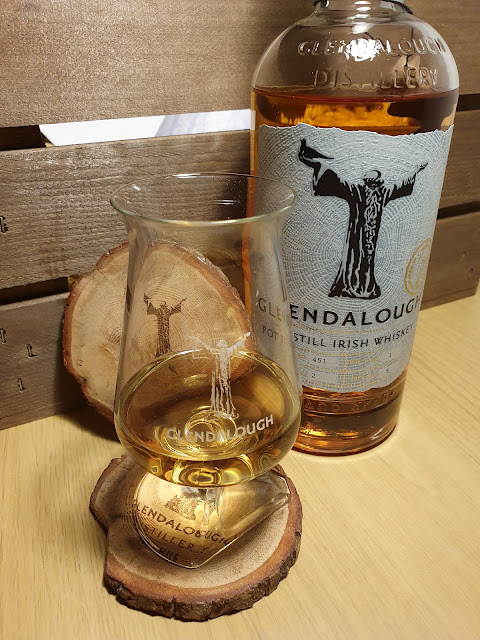 On the nose: Very cereal-driven – a lot of raw malt here. Earthy, but with a strong new make note. Then a powerful wave of clove rock. Burnt sugar and vanilla custard. Cask char and strong wood notes along with dried green and black tea leaves. Water makes the clove even more pronounced, with a smattering of cinnamon.

In the mouth: An oily and very spicy arrival. Raw malt, clove oil and prickly spice heat of ginger, pepper and dry oak tannins. It’s quite green mid palate – like Fernet Branca on steroids with an herbal bitters quality and mouth=puckering spice. The finish is surprisingly long, very much spice heat with those green herbal notes lingering. Almost cough tincture-esque. Water makes things a little sweeter on arrival, but still, the spice and oak dominate.

I just wish Glendalough had shown more patience here. This is a whiskey that has promise, but for me, is just not ready right now. Sadly, it is a clash of aggressively spicy new make and aggressive new wood, and they haven't had time to marry and harmonise. Personally, I think that it is definitely better than the Teeling Pot Still first-release, but not quite as good as the Dingle Pot Still first release.

Of course, the one thing all these whiskies have in common is that they are young. Perhaps there were commercial pressures involved in bringing them all to market so early, but I think patience and time would have helped all these releases immensely. I look forward to seeing how this release develops in time, especially with Glendalough's own spirit eventually making up the bottles’ contents.