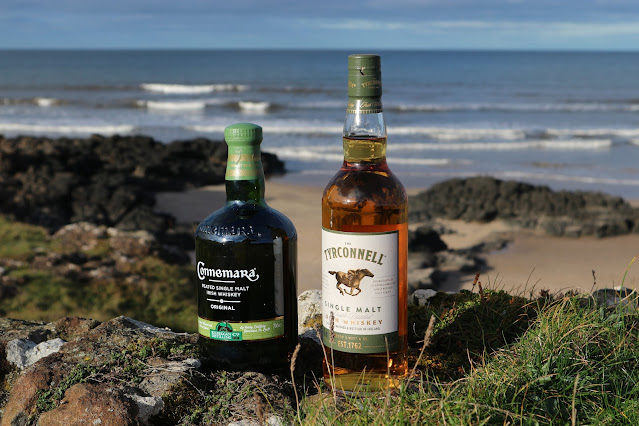 When John Teeling started Cooley Distillery in 1987 there was only one other player involved in Irish whiskey production, IDL (Irish Distillers Limited) who owned both Bushmills and Midleton. To do something different from IDL, Teeling decided to double distill his new make spirit aided by Scottish distiller Gordon Mitchell. To his credit, Teeling also set about acquiring old Irish brands that although gone were not forgotten. Kilbeggan, Lockes, Millars and Tyrconnell became part of the Cooley portfolio which added heritage to the fledgling distillery.

A key purchase by Cooley was that of Lockes Distillery in Kilbeggan, Co. Meath. Originally founded in 1757 it was Ireland's oldest distillery building that had ceased production in 1954 and closed completely by 1957. Thankfully after a number of years the local community restored the distillery building and maintained the distilleries apparatus, opening it to the public as a whiskey museum. Importantly, the local community also maintained the license to distill.

In 2007 whiskey production began again in Lockes Distillery, becoming fully operational in 2010 with the addition of a wooden mash tun, four Oregon pine washbacks. During it's renovation an old potstill originally used at Tullamore distillery was found in storage...it was 180 years old and still useable and is the oldest working potstill in the world. A second potstill, identical in design was made to order to complement the original.

In 2011 Cooley Distillery and its associated brands were sold to Beam Inc, who in turn were bought by Suntory in 2014, meaning the current owners are Beam Suntory. The new owners decided to focus on the Kilbeggan name as the Kilbeggan blend was having good success in America. As such Lockes Distillery is no more, being renamed Kilbeggan.

As the new Kilbeggan distillery has only recently entered production much of the stock still comes from the Cooley distillery although maturation does take place at Kilbeggan.

So after that potted history of distillation at Kilbeggan lets look at a couple of the offerings from the now renamed Kilbeggan Distilling Company. First up is the Tyrconnell, a double distilled single malt of unknown age, matured in ex-bourbon barrels and bottled at 43% abv. Second on the roster is Connemara Single Malt, unusual for Irish whiskey in that it is a peated malt. Again no age statement, ex-bourbon cask matured and bottled at 40% abv.

But before we taste I would like to highlight that the good people from Kilbeggan didn't just endow me with samples, no they went way beyond that and sent me a bottle of both the Tyrconnell and Connemara. Many thanks for the generosity. 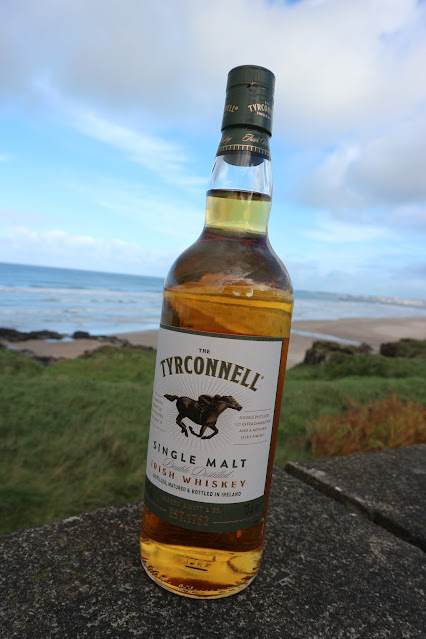 In the mouth: fresh and clean (I can hear Outkast chanting this as I sip), quite spirity, feels quite a youthful dram.Vanilla, caramel custard, green apples and lemon zest. Finish wise it is clean, dry and oak forward.

Yet again I come away from an Irish whiskey experience rather unsatisfied. The nose is truly a thing of beauty but the palate just doesn't marry to it. It just never really takes off flavour wise. It is easy drinking, relatively tasty but simple in its profile. Maybe if it had longer to mature the palate may close the gap on that excellent nose! 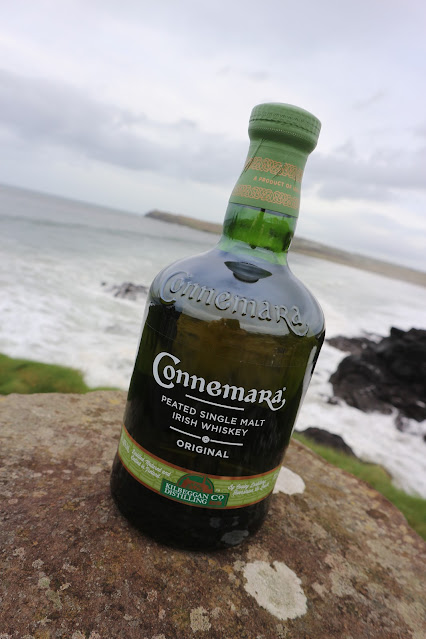 Again a relatively simple flavour profile with this malt but it presents the profile well. The nose and palate marry nicely. A good introduction to peated whiskies for those new to that style as Connemara would be more akin to a highland malt with vegetal peat notes that are sweet and light rather than the in your face kick that can accompany some of the Islay whiskies. Ireland can do peat after all.......but I feel it can still do it better! Who is willing to accept the challenge?