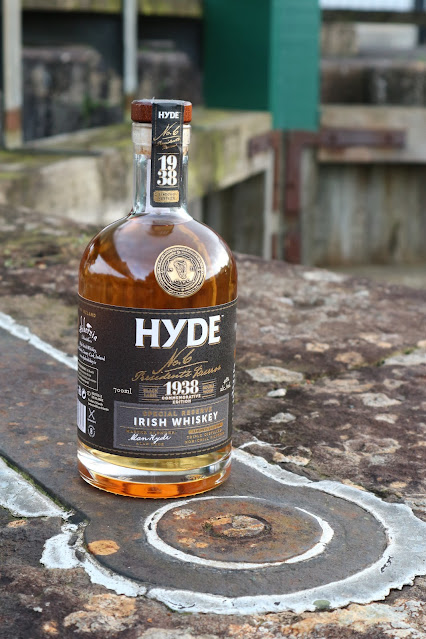 On Malt, Mark has previously reviewed Hyde's 10 year old single malt, which contains a link to a very interesting piece on the Triple Distilled blog giving some information on Hyde's backstory as a brand. I encourage you to read it.

Essentially though at present Hyde's parent company, Hibernia Distillers, is an independent bottling company possessing neither a distillery or warehousing. However, they do at least harbour the ambition of being distillery owners in the future. Currently, their stocks are matured in two bonded warehouses in Skibbereen and Little Island, County Cork.

So like many of the new Irish brands out there, Hyde source spirit, already maturing and also new make made to their own specification, from the established distillers in Ireland and then try to make their mark via cask management, their motto being 'It's all about the wood'. Speaking of the wood, Hyde uses a variety of casks for finishing and maturation. The usual suspects of bourbon, rum and sherry casks as well as trying out beer and cognac casks for future releases.

One thing I would pull Hyde about is in the 'Our Whiskey' section of their website when discussing 'The Art of Making Hyde'. Here they clearly refer to 'Our master distillers'... which would infer that they own a distillery, which they don't! I'm sure Bushmills and Midleton would also be worried that Colum Egan and Brian Nation were moonlighting as Hyde employees! This can be easily cleared up though which I'm sure they will in due course.

On to the whiskey in question then. Hyde was good enough to send out a specification sheet that highlights clearly what goes into the Hyde No.6 Presidents Reserve. It is a blend of triple distilled 8 year old grain whiskey and triple-distilled 18 year old single malt whiskey with a 75/25 ratio. Those in the know will easily figure out that the spirits come from Midleton and Bushmills respectively. These are then vatted together for 9 months in oloroso sherry casks before being bottled at 46%. The product is also non-chill filtered and judging by the colour no caramel has been added.

The production run of this expression was 5000 bottles, of which Hyde generously sent me bottle number 1632 to sample. A bottle costs £45. 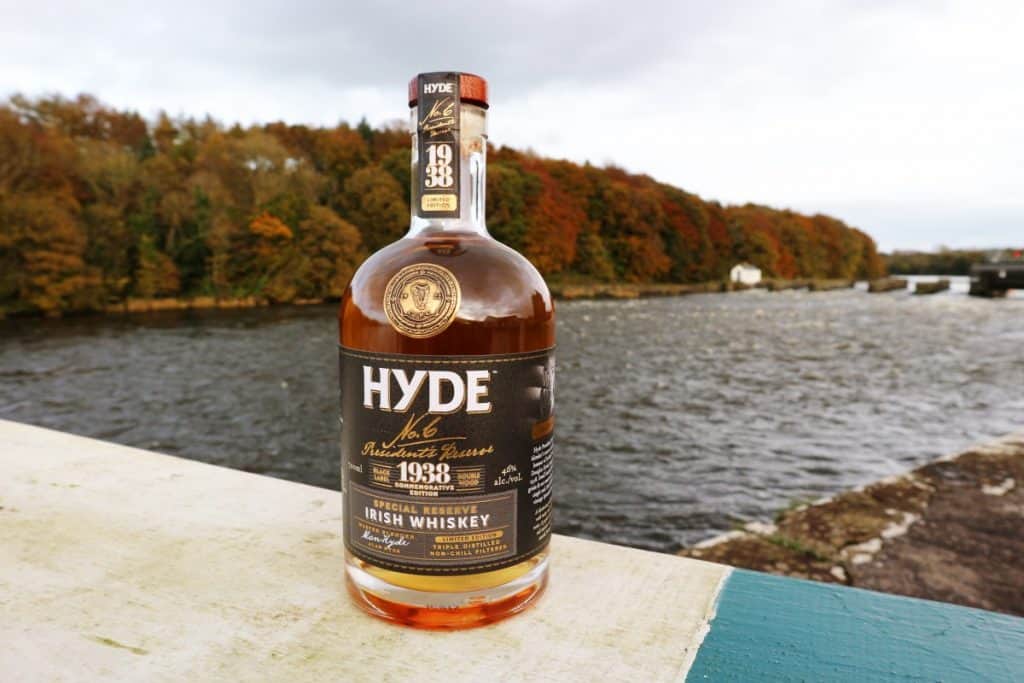 Nose: A real perfume hit on the nose, fabric softener and polish. Vanilla fights its way to the fore, green bananas, caramel, oak follows in the background with some wine notes. Incense and nutmeg.

In the mouth: A very smooth arrival and medium bodied mouthfeel. Cereal notes mix with light spice and heat. The vanilla and caramel are present as is a faint touch of coffee with milk chocolate. The finish brings out oak tannins and spice but is relatively short-lived.

On paper this sounds like an interesting dram and I was actually pretty excited to try it. Unfortunately, I found it to be wanting. For me the young grain component completely dominates the malt component in both the nose and palate. The sherry finish too doesn't really push through enough. It's an enjoyable dram if a little uncomplicated but sadly it just is not that memorable and at its price point doesn't really offer value.