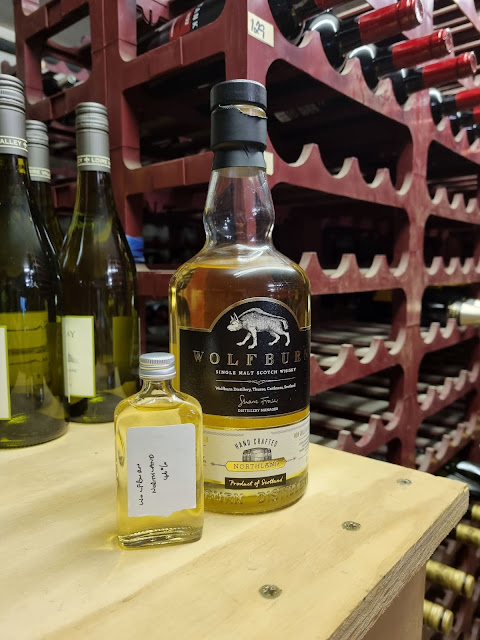 Welcome to Scotland's 'newest oldest' distillery and also now the most northerly on the Scottish mainland. Wolfburn, although new, has history. Originally founded by William Smith in 1821 in Thurso, Caithness it was named after the burn from where it drew its water. Heavy investment in the distillery led it to being a fairly large producer of malt whisky at the time, around 125,000 litres of spirit being produced annually. However, in 1858 the distillery closed it doors and the stills and mashtun were sold off at auction.
Fast forward nearly two hundred years to August 2012 and construction began on the new distillery just 350m away from the original distillery site. On January 25th 2013 the first spirit came off the stills and the first cask of Wolfburn spirit was laid to rest. Everything from milling, to mashing, to distillation is done by hand - no automation occurs onsite, which bodes well for traditionalists and those who appreciate the Springbank style production ethic. The Wolfburn website has a great infographic showing the whole process here.
The main malt spirit distilled is unpeated but since 2014 a lightly peated malt (10ppm) has been produced too. These spirits are then laid down in three main cask types - a third in ex-bourbon quarter casks, a third in ex-bourbon hogsheads & barrels and the final third of spirit into ex-sherry butts.
Wolfburn's inaugural release came out in 2016 and since then the distillery has released a core of four expressions - the Northland, Aurora, Morven and Langskip - three of which I've reviewed here. They also have the Small Batch series where the bottle name comes from the warehouse and stow numbers and highlight their experimental side. The Kylver series are their single cask expressions.
The Northland is matured in ex-bourbon quarter casks and quarter casks that previously held an Islay whisky. The Small Batch no. 204 spent 5 years in first fill ex-bourbon casks with a further 6 months maturation in first fill Madeira casks. The Morven is the lightly peated distillate and has a ex-bourbon maturation. All three are bottled at 46% abv, are natural colour and are non chill filtered. All good so far.
The Langskip is Wolfburn's Cask Strength offering coming in at a healthy 58% abv. This is matured entirely in first fill ex-bourbon casks from the spirit laid down in 2013 and 2014. Again it's natural colour and non chill filtered.
All samples were courtesy of Fairley's Wines in Coleraine and the prices for each expression are those from Fairley's also.
Wolfburn Northland 46% - quarter casks - £41.99
Colour: Chardonnay
Nose: Fresh and fruity. Fruit salad sweets, vanilla custard, green apple, white chocolate. Now a touch of phenols and very light char.
Palate: Malt up front with some orchard fruit and pineapple. Earthy with a note of damp cardboard followed by black pepper and a burst of peat smoke.
Finish: Short, drying and ashy with tingling pepper 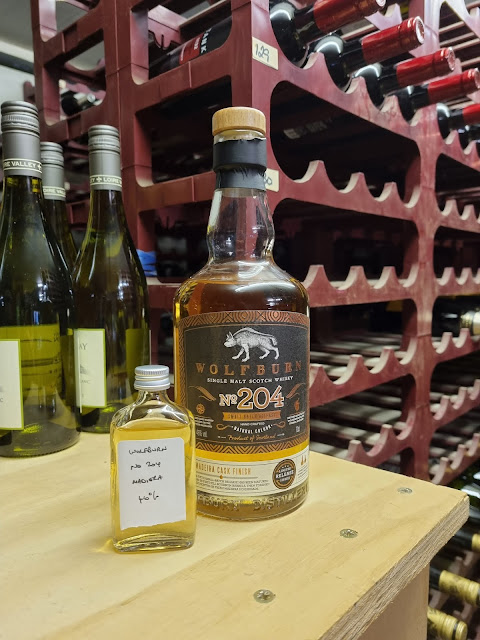 Wolfburn No. 204 46% - 5 years ex-bourbon, 6 months madeira - £69.95
Colour: Pale Gold
Nose: Creamy - salted butter, butterscotch sauce, vanilla, green apples, hazelnut, malty sweetness and some cinnamon.
Palate: Feels a bit thin and again doesn't follow the nose. Some vanilla and honey sweetness with some apple and apricot before being dominated by wood spice. Lots of pepper and some citrus peel too.
Finish: Short again with a slight metallic tinge. Quite hot before ending on tart grapefruit. 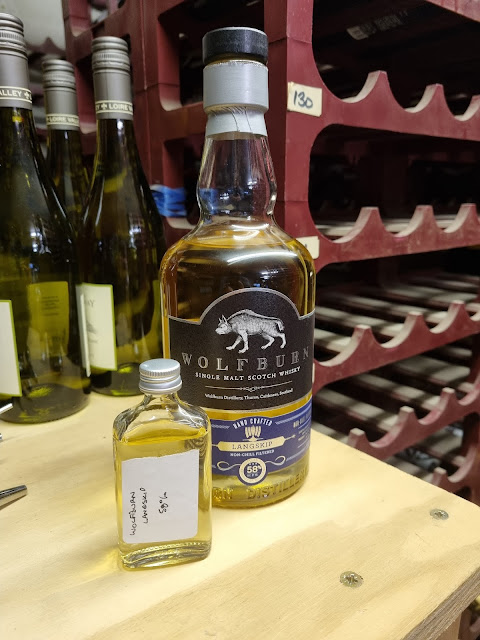 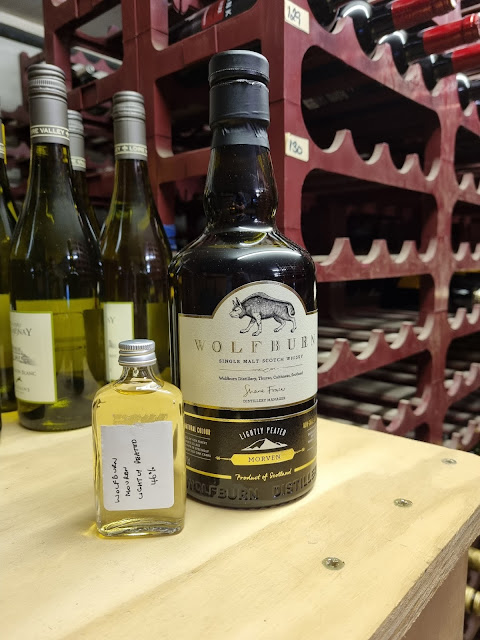 Wolfburn Morven 46% - lightly peated - £41.99
Colour: Pale straw
Nose: Sweet peat straight off the bat. A pleasant salinity here too. Vanilla and caramel, baked apples, toasted almonds and hazelnuts alongside some ginger.
Palate: Barley sugar and vanilla. Apple, cask char, honey, pepper and delicate peat.
Finish: Short with toffee pieces and sweet peat.
Overall: Definitely a mixed bag from Wolfburn and not necessarily the most thrilling ride either.
My least favourite was the Small Batch no. 204. It surprisingly felt the most youthful and spirit driven of the four expressions and palate wise it was certainly a let down. At £70 it's pricey and definitely not one I'd personally recommend.
In third place was the Northland. My main gripe here is that the palate again doesn't match the nose and there is little to no flavour development over time in the glass. What you see is what you get. It's drinkable but not memorable.
Second place goes to the Langskip. Quite well balanced between nose and palate but rather simple in terms of flavour profile and again it lacks development after time in the glass.
My favourite of them all was the Morven. A decent drop, that while failing to get the pulse truly racing, it's also got enough going on to make you want to pour another dram.
Wolfburn may have won plenty of gold medals at spirits competitions (but then you should know how I feel about those by now) but the acid test is whether I'd rush out to buy any of these or indeed make them a repeat purchase. At this time that answer has to be no.
The distillery is showing promise, especially with it's peated malt but all these expressions just need more time. I'll revisit in the future and see what progress has been made.
Scores:
Wolfburn Northland - 4 out of 10
Wolfburn No. 204 - 3 out of 10
Wolfburn Langskip - 5 out of 10
Wolfburn Movren  - 5 out of 10
Labels: Highland Langskip Morven Northland Scotch Single Malt Small Batch Wolfburn