I have already interviewed David Boyd-Armstrong before about the minutiae of what is going on whiskey wise at Rademon Estate distillery here, so there is very little point in me re-treading that ground.  Suffice to say that like their Gin, the good folk at Rademon take their whiskey production very seriously. Double distillation, very long fermentation times, quality casks and the desire to wait until their product is actually ready before rushing something to market mean that the first whiskey release from Rademon Estate is definitely one to look out for.

As part of Belfast Whiskey Week 2021 David put together a sample box of 6 expressions that come from Rademon's stills. The first three expressions were non whiskey related. First was a cask aged gin that had spent two and a half years in a cask that had held a cognac orange liqueur. Second up was a molasses and cane sugar based unaged rum, of which some has been set aside for aging. Sample three was a column distilled poitin with a mashbill of a third malted barley, a third malted wheat and a third malted rye.

So far I haven't had time to make notes on these three but once I do I'll add them to this piece.

Samples 4 to 6 were, for the whiskey folk at least, the main event. The first chance for people to actually try whiskey from Rademon. All three were around 3.5 years old and gave us an insight to the variations of style that can be produced at Rademon. All three samples were also bottled at 46%. 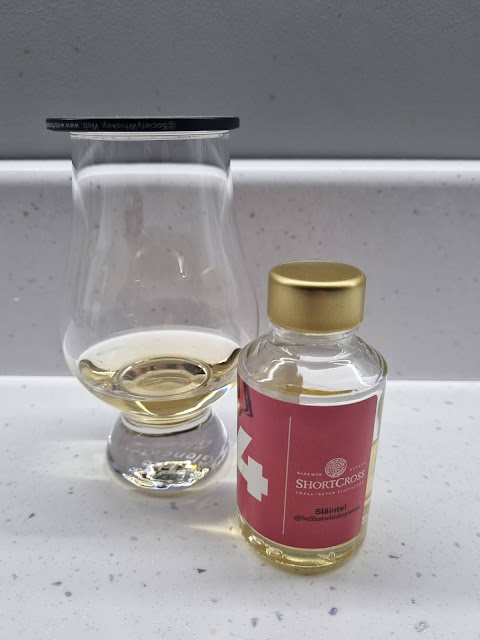 Three and a half years in an ex Jack Daniel's cask, bottled at 46%

Finish: Unsurprisingly it's quite short, but it's only three and a half years old after all! Honey, malt and apple the flavours that linger. 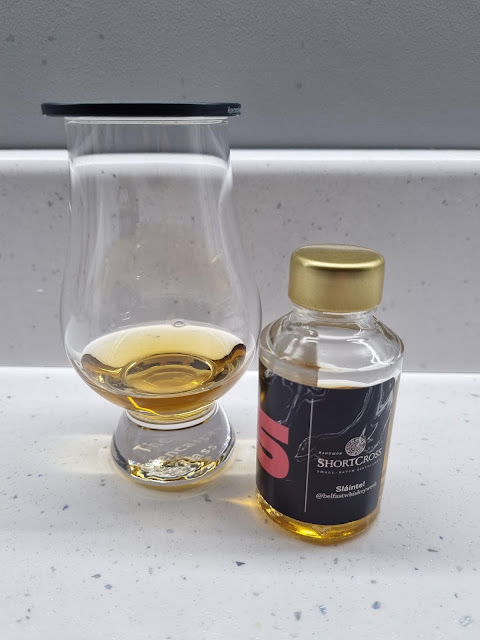 Nearly three and a quarter years in an American Virgin Oak cask, bottled at 46%

Nose: Creamy. Butterscotch and vanilla ice cream. Clove rock, sandalwood and rubbed brass. Digestive biscuit crumble with cinnamon and brown sugar. In time apple and pear come to the fore along with dried apricot and some glace cherries.

Palate: Green malt apparent straight away and not as sweet initially as the nose would suggest. Butterscotch and stewed apples present with citrus peel, fennel, lime marmalade and mild clove spice along with vibrant oak.

Finish: Herbal and citrus driven with lingering oak spice and some garden mint. Again quite short. 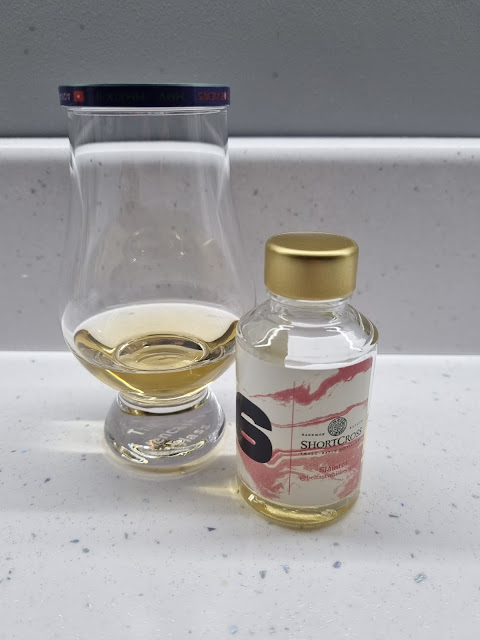 Peated to 55ppm before distillation, matured in an ex Jack Daniel's cask for three and a half years, bottled at 46%

Overall: Rather than showing off potential finished products David gave us a cross section of the styles that Rademon have been laying down and the good news is that for expressions that are youthful they were very accomplished and bode very well for future releases.

What I really noted was that while they were youthful none of them were excessively spirit driven, there were no 'young' spirit notes on the nose or palate. Even better was that the palates largely followed the noses so balance is already being achieved at a young age.

Of the three the Peated was probably, at this age of 3.5 years, the most accomplished and well rounded. In fact it would definitely put an Ardbeg Wee Beastie in it's place and could easily go toe to toe with the 10 year old. It's great to see more Irish distilleries wanting to put peated malt back on the map.

The Single Malt definitely showcased a lovely biscuity and fruity character and kudos to David for presenting it matured in bourbon to allow the distillery character to come through. That fruity, creamy and biscuity character was apparent in the Peated malt too.

Off the three the Pot Still was the most imbalanced between nose and palate but I always expect that with really youthful Pot Still. Once the palate catches up to the nose though in a few years it will be a cracker and the use of the virgin oak cask gave it an almost bourbon-esque character.

Personally I can't wait for the first Shortcross/Rademon whiskey release if this is the quality we can look forward too.

There aren't any as although these they do class as whiskey they are not representative of the finished Single Malt Whiskey Shortcross will bring to market.