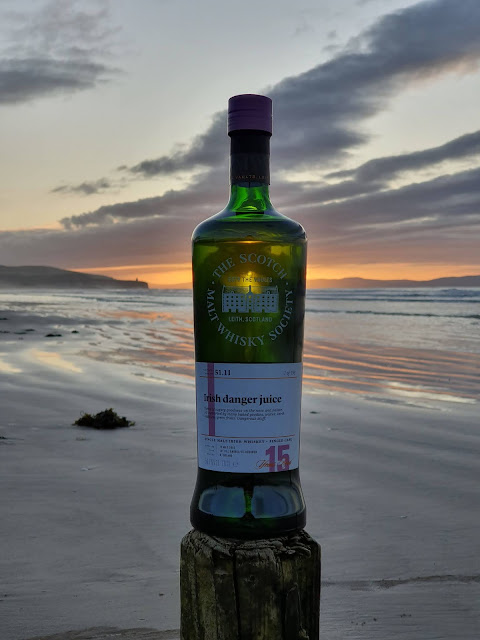 Before the release of the Causeway Collection cask strength Bushmills were pretty much only available from auction sites in the form of the bourbon, sherry and occasional rum single cask releases from the late 1980's and early 1990's. Then the official bottlings came to halt and instead came the norm of 40% releases across the core range.

The other options then were pseudo Bushmills (Bushmills but in disguise) - like some of the Teeling Single cask releases or independent bottlers such as the Scotch Malt Whisky Society. Throughout 2020 they (the SMWS) released a number of Bushmills single casks of which I purchased four with the help of the whisky do-gooder known as @whisky_rover. As I was compiling the tasting notes for this piece I realised that I also had been sent a sample of another SMWS 2020 release from Val of Waterford Whiskey Society and thought I'd throw that in for good measure too.

As there are five sets of tasting notes to trawl through I'm keeping the intro short with the individual details of each expression noted under their subsequent pictures. 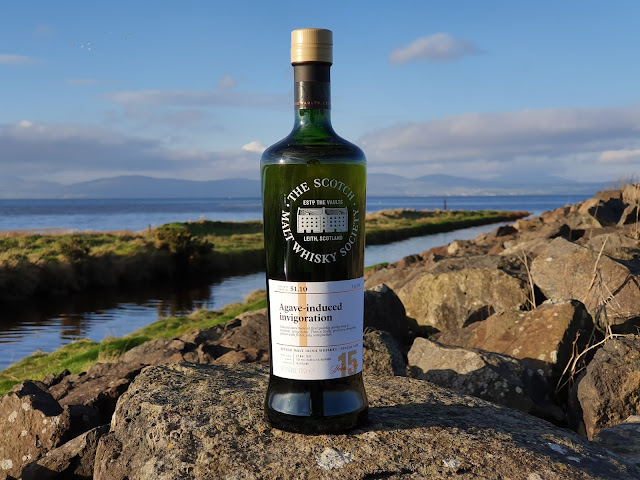 Nose:  A little aggressive alcohol initially. Fruit salad sweets, kiwi, peach and lemon rind. Faint pineapple with chamomile and cut hay. Butterscotch tries to force through along with vanilla cream. Water brings the pineapple to the fore, apricots too and that butterscotch.

Palate: Quite hot & spicy on arrival. Freshly cracked peppercorns & sliced green chillies. Not an overly thick mouthfeel but there is a creamy aspect to it. The initial burst of white sugar sweetness quickly gives way to sharp, tart lemon, grapefruit peel and floral agave. Definite hints of tequila blanco here. A mushroomy earthiness is prevalent too. Water - sadly not the same impact on the palate as the nose. Brings a little more sweetness in the form of cream soda but little else. 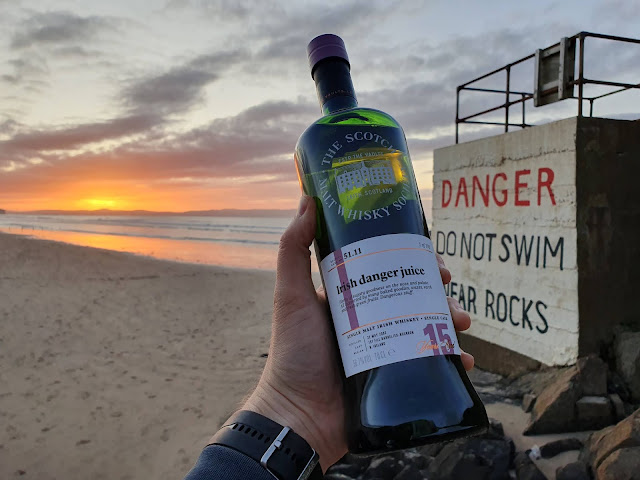 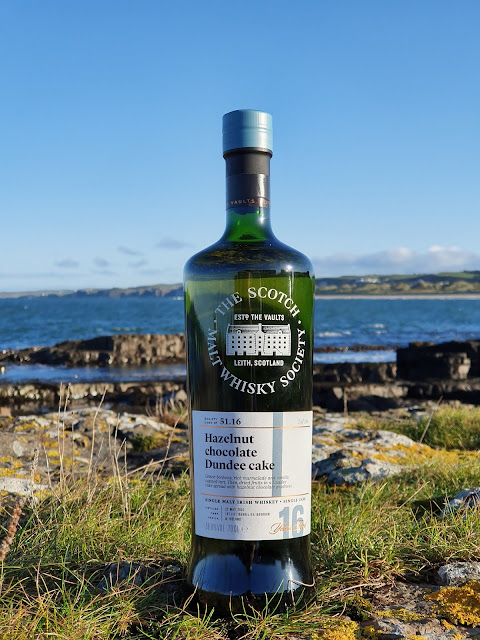 Palate: A decent mouthfeel. Quite zingy on arrival with plenty of heat and prickly spice. Orange flesh along with candied lemon peel. Vanilla again with sliced green apple, some banana and pineapple rings. Spiky pepper and ginger. Malt towards the end. Water tames the spices a little and enhances the pineapple along with nutmeg. 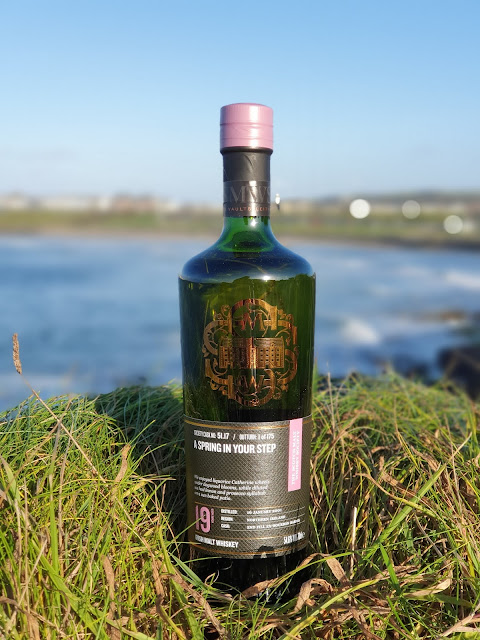 SMWS 51.19 As Fresh As A Mountain Stream

Overall: Concisely these were all solid drams without being spectacular or really that memorable.

The least engaging of the lot was the first reviewed - Agave Induced Invigoration. A pleasant enough nose let down by a tart and overly peppery palate that lost body and structure when water was added.

Irish Danger Juice, Chocolate Hazelnut Dundee Cake and As Fresh As A Mountain stream all upped the ante showcasing Bushmills tropical fruit notes from the distillate alongside caramel and spice notes from the bourbon casks. Simple and tasty enough but not too much flavour development and considering the prices ranged from £105 - £120 I can't honestly say you are getting a great deal of value for the entry fee.

The best of the bunch was A Spring In Your Step. The extra years of maturation just brought a little more presence to this expression. If tropical fruit bombs are your thing you'll lap this up. Again though I do feel that the entry fee of £150 is slightly exorbitant for what you get in return.

While it has been great to see cask strength Bushmills in a relatively unadulterated form, this vertical tasting just strengthens my opinion that Bushmills distillate benefits from fortified wine cask exposure. Sherry, Madeira, Malaga, Muscatel etc just seem to bring Bushmills to life as demonstrated by the Causeway Collection.