An Assortment of Random Irish Part 1 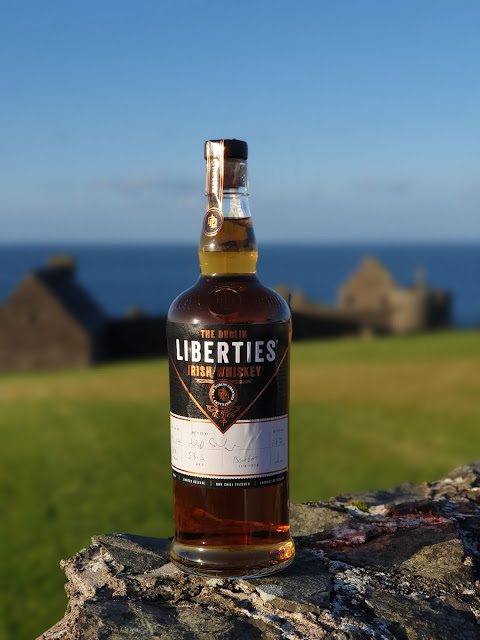 I have a raft of bottles and samples from Ireland to get through and so will piece together groups of tasting notes in no particular order just to get them out of the notebook and into the digital domain.
First up we have the Dublin Liberties Distillery 5 year old Single Malt hand filled expression. Fully Bourbon cask matured, non chill filtered, natural colour and bottled at a healthy 58.5%. It cost me 85 euros if I recall correctly. Now apparently this also has a labelling quirk, although it states 5 years old the assistant at the shop told me that it the liquid was actually around 6 and a half years old but I can't recall why they stuck with 5 years old on the label. Due to Daryl McNally being head distiller at DLD at the time, his association with Bushmills and they fact that at the time of purchase DLD had no mature stock of their own it has been opined that the liquid is in fact Bushmills malt.
Colour: Gold
Nose: Initially a little spirity and prickly. Once settled we get toffee apples and pear tart. All butter pastry. Meringue with vanilla cream. Almond, peach and rice pudding. Toasted oak with sweet cinnamon. Water brings out more woody notes and some milk chocolate.
Palate: Very approachable at full strength. Straight away we get the toffee apples from the nose, ripe banana and peach. Buttery digestive crumble and a load of vanilla. Wood spices grip mid palate along with pink peppercorns and clove. Also a hint of pencil lead. Water brings more clove and woody spice dialling back the fruit.
Finish: Quite short with sweet condensed milk and toffee. 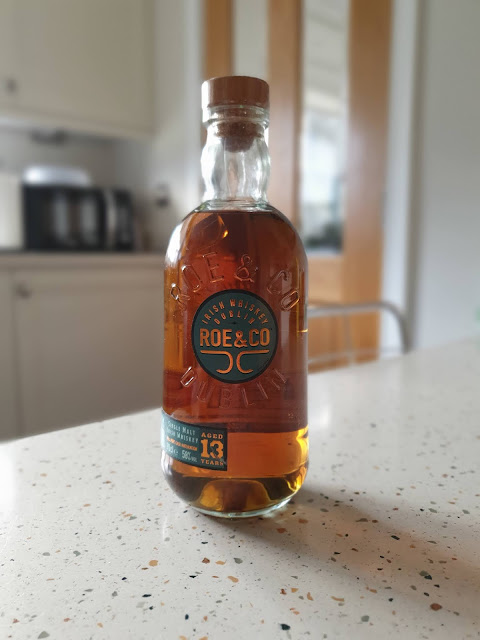 The Roe & Co. 2020 cask strength release....13 yr old single malt (sourced with no official provenance but we are all pretty sure that it's Bushmills) fully Port cask matured (a rare sight in Ireland which again leads me to believe this was the Port component originally intended for Bushmills 16 year old before being snaffled away by Diageo when they sold the distillery to Casa Cuervo) bottled at 58%. No indication about chill filtration or colouring. Cost me £60 from the Vineyard, Belfast.Colour: AmberNose: milk chocolate, dates, sultanas, mixed citrus peel, black tea, shoe polish & walnuts. Undertones of banana & peach. However there is definitely a note of spent matches too.Palate: brown sugar & caramel sauce. Fruit & nut chocolate, butter cream, apricot, baked apples with cinnamon and mild white pepper.Finish: relatively short with lingering pepper heat & stewed orchard fruit with a hint of cocoa.I did try water but I wouldn't recommend it as it kind of fell apart especially body wise (a Bushmills trick too). 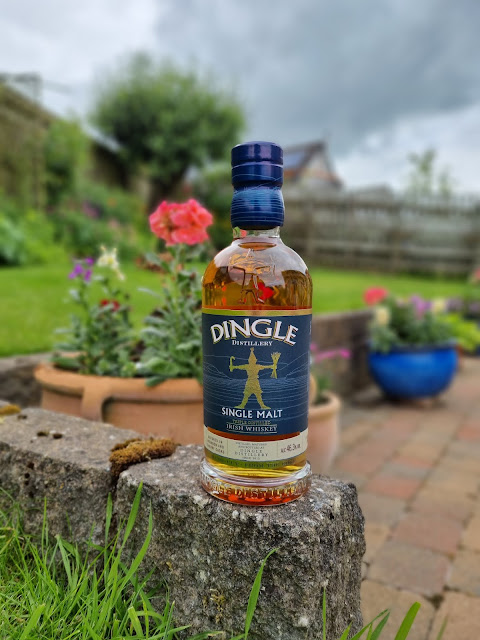 Now the good folk at Dingle sent me this bottle for FREE! (When will distilleries learn this is fraught with danger) and I've spent a good while with the liquid now.Priced at £49/€55 you get a 6-7 year old malt comprised of 61% PX cask matured whiskey & 39% 1st fill bourbon cask matured whiskey. Its natural colour, NCF and bottled at 46.3% abv with an outturn of 50k bottles (can you here the flippers sigh in disappointment?)Colour: lively goldNose: star anise & caraway seed straight away. Woody spice notes are eminent alongside menthol vapour. Cherry, blackcurrant, vanilla & honey. Some dried raisins & apricots. Pepper, nutmeg and back to cherry again alongside some dark chocolate.Palate: sweet & spicy. Brown sugar, sweet malt, california raisins. Pastel de nata. Pepper & spicy European oak along with clove oil. Stewed apples, thyme, lemon peel and salty fresh focaccia.Finish: decent length with dry, woody spice notes lingering and little salinity. 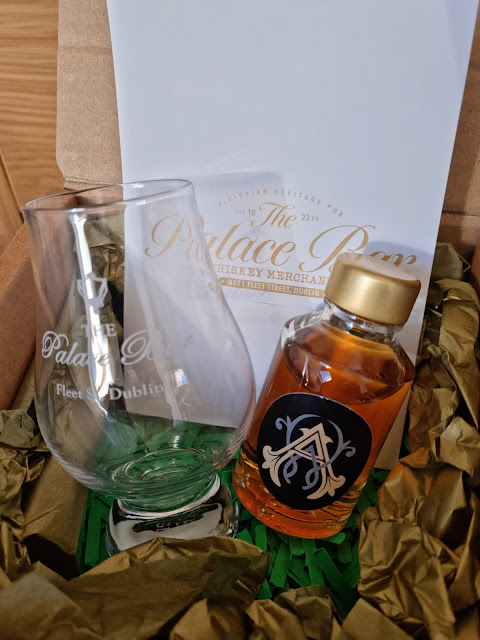 The Palace Bar Dublin exclusive Dunville's Irish Whiskey 20 yr old single cask single malt Oloroso finish. 341 bottle outturn. 55% abv. €350 a bottle.
Colour: Yellow GoldNose: fudge, dark chocolate, praline & hazelnuts. Orange zest, peach & Turkish delight. Nutmeg, lemon thyme, toffee apples, toasted oak. Malt & menthol towards the end. A very aromatic nose.Palate: nice mouthfeel. Honeyed malt, orange marmalade & Cadburys fudge bar. A hint of coffee alongside toasted almonds & hazelnuts. Ripe red apple, sultanas then pepper, spearmint and fresh ginger.Finish: medium length with chocolate, seville orange peel and just a slight tannic bitterness.
Overall:
The DLD hand filled was decent but that's as far as I would go. Balanced but with little development with time in the glass. A decent, simple sipper but to be honest not that memorable. Probably about 15 to 20 euro overpriced too. I also going to stick to my assumption that this Bushmills juice as I don't get any of the honeysuckle notes prevalent in Cooley malt.
Lots of people were hyping the Roe & Co as the Irish Whiskey release of 2020. Not for me I'm afraid...it doesn't come close to Blue Spot which is only marginally (£15) more expensive.Its solid, fairly priced but totally cask dominant and in a way, a little boring....similar to the 20 year old madeira component that goes into Blue Spot I think this needs to be vatted with other casks to elevate it.
I'm really enjoying the Dingle....the malt from Dingle always struck me as having more promise than the pot still and I think we are starting to see it come to fruition. The pricing is also excellent compared to the first batches of malt & potstill and definitely means that it is a whiskey worthy of consideration. Let's see how this progesses again with another few years under its belt.
A really nice Dunvilles single cask that undoubtedly will sell out in double quick time. It is pricey and in my opinion not the best of the Dunvilles single casks so far but still very enjoyable. Another case here of the nose being exceptional but the palate just not quite matching the expectation that the nose preempts. But yet again the lads at Dunvilles show they can treat their sourced spirit well and are good at cask management. If you can't afford the bottle then try a dram the next time to wander into the Palace Bar.
Scores:
Dublin Liberties 5 year old Cask Strength - 5 out of 10
Roe & Co 2020 Cask Strength - 6 out of 10
Dingle Single Malt Core release - 7 out of 10
The Palace Bar Dunville's Single Cask - 7 out of 10
Labels: Cask Strength Dingle Dunville's Roe&Co Single Malt The Palace Bar