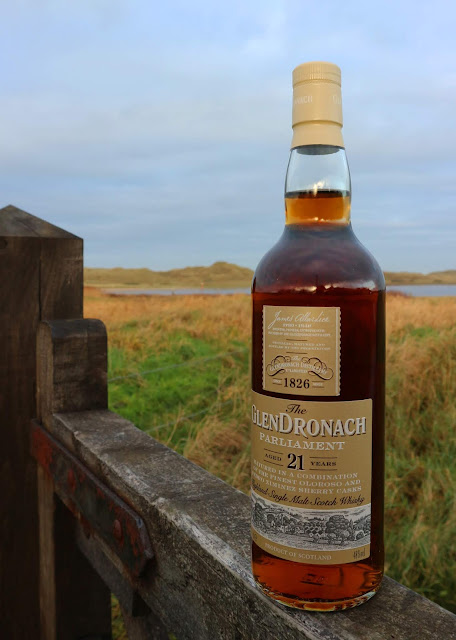 The month of May has been nothing short of an outstanding time of drought for anything whisky related here on CCWR. As ever intentions have been good but in practice I just haven't managed to get round to posting anything. I spent a week in Croatia at the beginning of May so whisky reviews weren't really on my mind at that point. Then work got in the way, as did a road trip to Waterford Distillery and Midleton Distillery before work and other boring details got in the way,,,,again.... of putting fingertips to keyboard and engaging brain cells to put a piece together.

In fact the sum total of my output was a rather long piece for Malt on my Waterford Distillery experience, and I had to do that as I forgot to take a notebook on the tour and was at risk of forgetting everything we'd covered on that fine day. If you haven't read it yet you can can find it here. (Trust me, I did write it in May, it just wasn't posted until June!)

So much for the grand plan of one review a week this year! As it stands we are a third of the way through June and I'm only now getting the time to do this piece on the Glendronach Parliament 21 year old. After all this waffling you probably want to know a bit about Glendronach.

In 1996 the distillery was mothballed and all production ceased. At this time too the floor maltings were decommissioned. Up until 1996 a combination of coal and peat were used to kiln the barley used so there would have been a slight smokiness to the character of the distillate. The distillery lay dormant until 14th May 2002 when production once again resumed, only to shut again for a few months in 2005 when they changed the heating of the stills from being directly fired by coal to indirect steam firing.

2008 saw ownership change once more with the owners of BenRiach distillery taking the reins. Under the stewardship of Billy Walker the range was relaunched and included 12, 15 and 18 year old expressions with the 21 year old being added in 2011. Ownership as of April 2016 lies in the hands of Brown-Forman.

The Parliament name given to the 21 year old has nothing to do with politics, but rather the group of rooks nesting near the warehouses. The bottling date of this specific bottle is 15/11/2017. Why are we interested in this? Well as production of new make ceased in 1996 the earliest new make spirit made to be put into this would have come from 1995 making the youngest whisky in this bottle 22 years old. There is a fabulous info-graphic of this on the Words of Whisky.com website which you can see here. It will probably explain it better than I just have.

I bought this bottle for my whisky share club at a cost of £99 from Master of Malt. 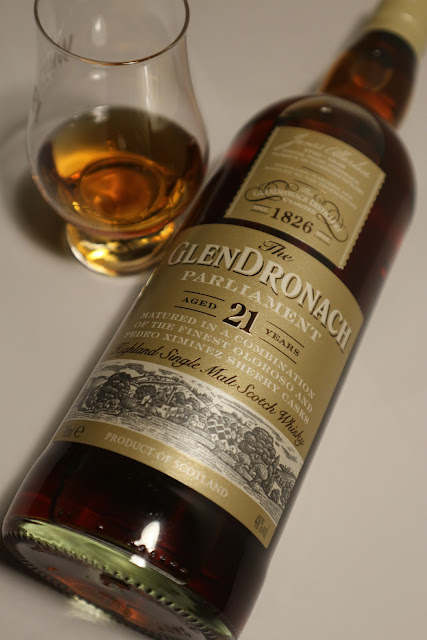 Dunnage warehouses, earthy with a little sulphur. There is a dark rum quality with molasses, dates, rum and raisin ice cream, dark chocolate, clove, oak staves and a definite smokiness. Water sweetens things up with muscovado sugar mixed with cinnamon and nutmeg.

The first hit is of chocolate, then a little chilli heat before becoming tannic. The molasses are there along with fruit cake, leather, star anise....all quite dark, heavy flavours and not as sweet as I thought it might be. Then comes espresso coffee and roasted walnuts. With the addition of water the Pedro Ximinez element comes to the fore, sweet plump raisins, treacle and ginger snap biscuits.

The finish is long lasting comprising dark chocolate notes that fade to a slight bitterness, that coffee note again with a lingering light smokiness and pepper heat.

I think you would be hard pressed to find a better value 21 year old single malt on the market these days. There's a lot going on with this dram and as such it needs time in the glass to really come alive. It may be a bit too overtly sherried for some but personally I like it...a lot. I just wish I hadn't had to of shared it with my bottle club members!