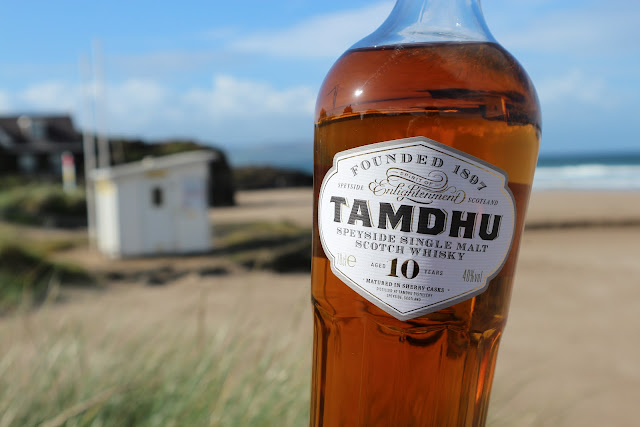 Speyside is probably the most famous whisky region of Scotland (although Islay fans may dispute that!) boasting no fewer than 49 operational distilleries plus a smattering of closed or demolished distilleries and is regarded as the heartland of Scotch whisky production. Although actually part of the Highlands, Speyside has been given its own regional designation due to the sheer abundance of distilleries in such a small area.


Likely as you have travelled your whisky path you have indulged in the odd Speysider....an Aberlour here, a Balvenie there, maybe you've dabbled with Macallan (very indulgent!) or maybe you have been unfortunate enough to cross paths with Glenfiddich and Glenlivet. Yes there are plenty of big names attached to Speyside, but how often to look just a little further afield than the big boys? By not doing so you could be missing out! I've recently reviewed the excellent Tormore Cote Rotie and Benromach 10 Year Old that show a move from the large, well known brands can indeed be very fruitful.

One such example is Tamdhu. Situated between Cardhu and Knockando it is a relatively modern distillery dating back to 1896. Two things helped its creation, the passing of the Spirits Act of 1860 which allowed grain and malt whisky to be blended and the opening of the Strathspey railway line in 1863. As blends became popular, the blenders were searching far and wide to gain access to spirits and the railway line opened up this once cut-off region. So William Grant (not he of Glenfiddich notoriety) decided to build a distillery in Knockando aided by investment from John Walker & Sons and John Dewar & Sons amongst others to help in the spirit production for blends.

The distillery has had its ups and downs though. It was closed in 1911 before reopening in 1913, only to be mothballed in 1928. Production didn't resume until 1948. A period of stability followed with an 8 year old single malt launched in 1976. But the distillery was mothballed again in 2009 before being sold by then owners, The Edrington Group (who happpen to own Highland Park now), to Ian McLeod Distillers in 2011. Production resumed under the new owners in 2012 with the 10 year old expression reviewed here being launched in 2013.

There are currently just two expressions available, the 10 year old and a cask strength no age statement variety, both being matured exclusively in ex-sherry casks. 1st & 2nd fill casks are used from both American and European Oak casks. The 10 year is bottled at 40%, is natural colour but is chill filtered whereas the Cask Strength is un-chill filtered. They both come presented in a rather natty bottle! Price wise this bottle came in at £31.49 from Shop 4 Whisky. 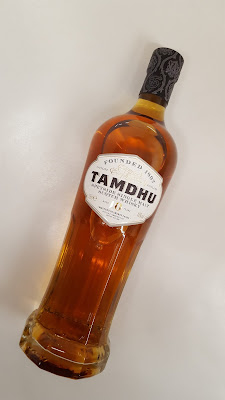 A medium finish that is well balanced between the sherry notes and allspice with just a touch of pepper.

This is a very tasty dram, well balanced and easy to drink. The only thing I'd like to change is that it be un-chill filtered and maybe bottled at 43% or 46%....but that is nit picking really and would probably raise the price a little. You can tell that care has been taken in the maturation and at the price point it is superb value. Sometimes its worthwhile to wander off the beaten track.