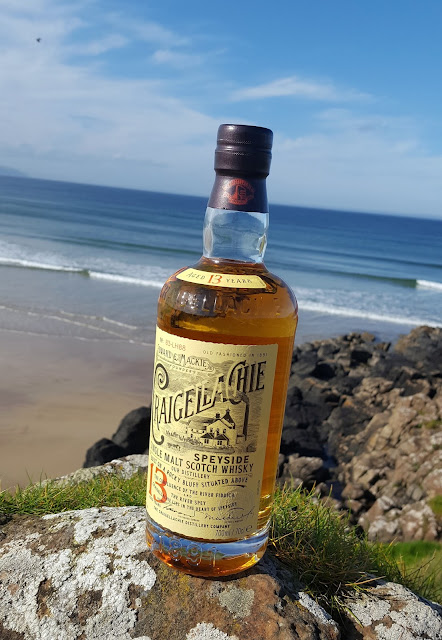 Craigellachie has been garnering rave reviews amongst the published and online whisky fraternity for a while now, especially since the 31 year old expression won the 'Best Single Malt' award at the World Whisky Awards in 2017. Certainly if you were spending £500 (the price on release in GTR) on a bottle of whisky you would expect it to be worthy of winning the odd award. As it stands the 31 year old now seems to be rarer than hen's teeth and is priced accordingly....if you can find it. Just today I found it for the bargain price of £2,250 on The Whisky Vault! Alas, neither my bank manager or wife or indeed my own conscience would ever allow me to spend that kind of dough on a bottle of whisky.

Happily though you don't need to spend the price of a reasonable second hand car to buy a bit of the Craigellachie distillery character. Instead for the more approachable sum of £40.99 you can purchase the 13 year old expression, as I did, from Shop4Whisky.


Craigellachie as a brand was pretty much non existent until 2004 when a 14 year old official bottling became available although this could be difficult to obtain consistently. Prior to that it was bottled as a single malt by independent bottlers. Like many distilleries in Scotland Craigellachie existed to fulfil a need to supply malt for blends. Initially, Craigellachie was a key component in the legendary White Horse blend and today is equally important to the Dewar's blend label, the biggest selling Scotch whisky in the USA.


It is only since 2014 that we have seen the current owners, Bacardi Martini who own John Dewar & Sons, completely re-launch the brand with three core expressions, a 13 year old, a 17 year old and a 23 year old. Also launched for the GTR market was a 19 year old which was followed by the limited edition 31 year old in 2015.


The 13 year old we are looking at here is matured in ex-bourbon barrels, is non-chill filtered and bottled at a punchy 46% abv. 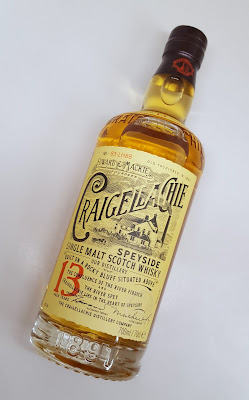 A robust character this one. Very fruity but quite hot on arrival with a little smoke. Oily in the mouth with a slight meaty aspect to it before becoming oaky and drying. Water highlights apple, clove and honey while dialling back the smoke and sulphur notes.

The finish gives a little spice with barbecued pineapple notes before the oak becomes apparent again.

A very interesting speysider that is indeed very moreish. It isn't super complicated but presents itself well and represents good value for money in comparison to similar aged Speyside whiskies from the bigger brands. If you are a fan of Benromach you will definite appreciate this although for me the Benromach 10 may just shade the Craigellachie.