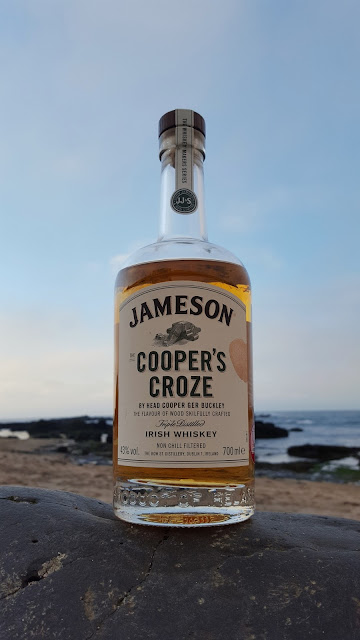 Jameson has been going through a bit of a rebrand of late. Names changed, new packaging and branding designs, age statements lost (sadly) in an effort to lure in new customers while at the same time keeping the old brand faithful stalwarts engaged too. Part of this rebrand has been the Makers Series!

To quote the press release, 'This brand new range of super-premium Jameson whiskeys sits within the refreshed family and has been launched to celebrate the people behind Jameson and their craft.'

'The series is comprised of three expressions created in collaboration with Jameson’s Head Blender Billy Leighton, Head Distiller Brian Nation, and Head Cooper Ger Buckley. Inspired by different stages of the whiskey-making process, the range aims to enhance consumer education of Irish Whiskey production through the exploration of three key tools, after which the products are named:  The Distiller’s Safe, The Cooper’s Croze and The Blender’s Dog.'

Briefly then, The Distillers Safe has been produced to Head Distiller, Brian Nation's specification and is a mix of three whiskey styles, grain, small batch grain and pot still matured in American oak casks with ages of the spirit ranging from 4 to 7 years.

The Blender's Dog is the creation of Master Blender and fellow north coaster, Billy Leighton. Mr Leighton again chose three different types of distillate, used four different cask types and the age of the spirit ran from 5 to 12 years old.

Finally then we have The Cooper's Croze which is the brainchild of Head Cooper, Ger Buckley, which as he spends his day playing with wood unsurprisingly is designed to show how the wood affects the flavour. This particular whiskey is comprised of pot still and grain spirits aged between 12 and 16 years. Wanting an 'oak driven' flavour profile the spirits have been matured in 1st and 2nd fill American oak barrels, some virgin oak and a small smattering of sherry barrels.

All the whiskeys are bottled at 43% abv, are non chill-filtered (bravo Jameson!) but with no indication of the use of colouring and all cost £49 per bottle. 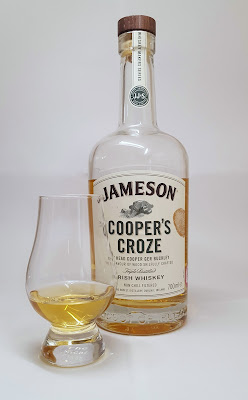 Floral and almost solventy, a hint of leather and sandalwood. Vanilla, honey, green orchard fruit, herbaceous notes (kind of like jagermeister) and lots of oak. With water it really opens up - some gorse (coconut), the fruitiness comes to the fore, the solvent aspect disappears.

Not overtly sweet but actually pretty hot on the tongue. Alcohol heat, spice which grows quite bitter and leads to the char of oak casks. With water it becomes much sweeter again, like the nose highlighting the honey, vanilla and stewed apples.

Ger Buckley definitely achieved what he set out to achieve.....this is definitely 'oak driven'! However, for my taste the wood is just far too overpowering although the whiskey does benefit immensely from the addition of water. It is just a bit one dimensional for me and I would struggle to recommend it at the asking price of £49. If though you are a bourbon fan then I think you would more than likely appreciate this style and who knows it may make a few 'Irish' whiskey fans from the bourbon loving community.
﻿