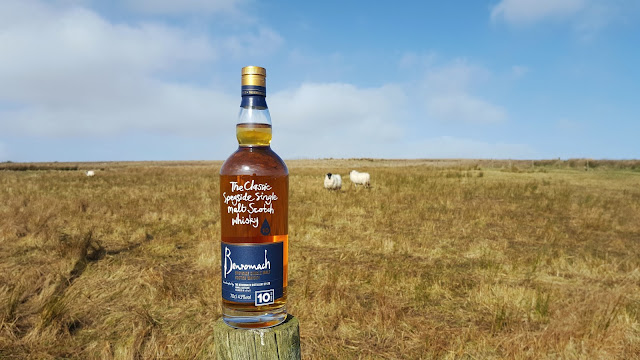 Benromach is another distillery with a rather chequered past, opening and closing multiple times since its inception in 1898. Indeed, due to the depression in the Scottish whisky industry at the time it didn't actually produce any spirit until 1900, closing the same year due to lack of finance.

Between 1911 & 1938 the distillery changed hands a couple of times before coming under the ownership Associated Scottish Distillers Ltd which went on to become part of Scottish Malt Distillers Ltd. Starting in 1966 the distillery underwent an 8 year modernisation process before closing again in 1983. Ten years later in 1993 the independent bottlers, Gordon & MacPhail bought the site and in 1997 began work to restore the distillery to a working facility. The distillery was officially opened by Prince Charles in 1998 with the first malt being bottled in 2004.

The 10 year old single malt reviewed here only came to market in 2009 and has brought back the 'old' style of Speyside whiskies in that it is lightly peated! It is made up of an 80% bourbon cask & 20% sherry cask ratio where the spirit has been matured for at least 9 years before having a final year of maturation in first fill oloroso sherry casks, all in traditional 'dunnage' warehouses. It is bottled at 43%, it is natural colour and has been lightly chill filtered. 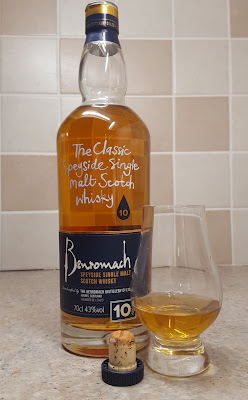 Really warms the back of your throat, quite long. Delicate peat continues as do the stewed berries. Manages to be slightly dry but succulent at the same time!

Probably one of the best bang for your buck drams I have had so far. This is available for the silly price of £35 per bottle and it really wasn't what I expected from a Speyside whisky. If this is what Speysiders of old tasted like it's time to bring them back. Approachable, easy to drink but also pretty complex this is a whisky to savour and easily highlights the mediocrity of big names like Glenfiddich, Glenlivet and the like!
﻿