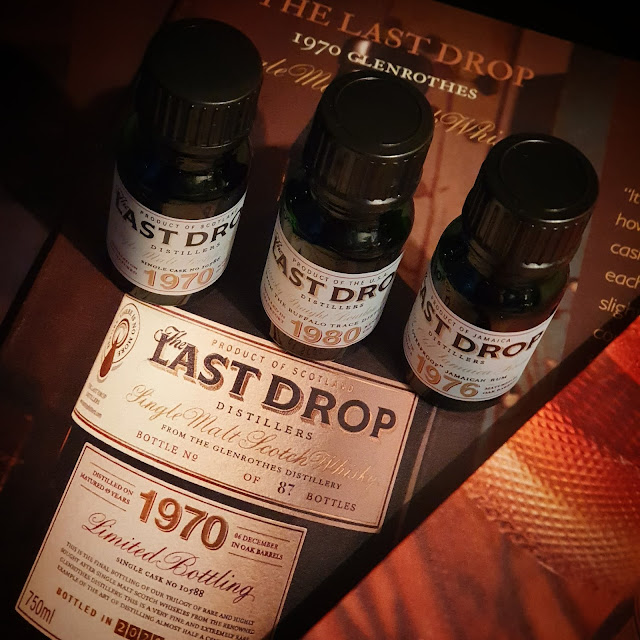 Last December I received an invitation from the King of Outrageously Distasteful Shirts, none other than Michael Cowman (aka @thelordofthelastdrop) to attend a rather exclusive online tasting with The Last Drop Distillers as they showcased three of their most recent releases. Sadly Michael forgot to pay the appropriate postage for my package and I had to attend the tasting sans liquid. Happily the package did eventually turn up and I was able to enjoy these fine liquids.
The Last Drop Distillers were founded in 2008 by Tom Jago, James Espey and Peter Fleck who between them have over 120 years experience in the Scotch and drinks industries. Tom and James both had a hand in creating Malibu rum and Johnnie Walker Blue Label to name just two of the many iconic brands they had been involved with.
What's the idea behind The Last Drop Distillers? As their website states, 'Their aim was to curate the world’s most remarkable spirits, finding treasures across different spirit categories and sharing them with those who seek the genuinely extraordinary.'
So essentially the good people at The Last Drop scour the globe for packages of spirits that are rare but also of exceptional quality. So far TLD have released just 22 bottlings comprising fewer than 10,000 bottles which means what is released is both rare and most definitely finite. Of course that means that these bottles aren't cheap and are well out of my price range but I was definitely up for casting my cynical eye over what was on offer. So what was on offer?
Release no. 18 - 1970 Glenrothes Single Malt
Distilled on 6th December 1970, three sister casks were laid down and were left undisturbed for just under 50 years. These were Cask 10586 (45.3% abv when bottled), Cask 10588 (44.1% abv when bottled) and Cask 10589 (45% abv when bottled). These three casks only produced 286 bottles between them. Price? An eye watering £5,400 per bottle.
Release no. 19 - 1980 Buffalo Trace Bourbon
Distilled in 1980 by then Master Distiller Gary Gayheart this barrel lay hidden among the warren of warehouses that had been sold the Sazerac Company in 1992 and was uncovered by his apprentice, Harlan Wheatley who is now Master Distiller at Buffalo Trace.
Although distilled in 1980 it has only been in wood for just under 20 years (so it's not 40 years old folks). Who knows what 20 years in a containment vessel does to the new make? I'm sure it was funky!
Outturn here was 240 bottles at 45% abv and a price tag of £4,200 a bottle.
Release no. 20 - 1976 Jamaica Rum
TLD are unable to name the distillery but suffice to say it's from the south of the Island of Jamaica. Distilled in 1976 this rum spent its first few years in bourbon barrels in Jamaica itself before being transported to Liverpool and being re-racked and left to mature further alongside the Irish Sea. In total this rum has benefitted from 43 years of maturation and yet still manages to pack the hefty punch of 68.5% abv upon bottling.
Just 183 bottles were produced at a price tag of £3,150 per bottle 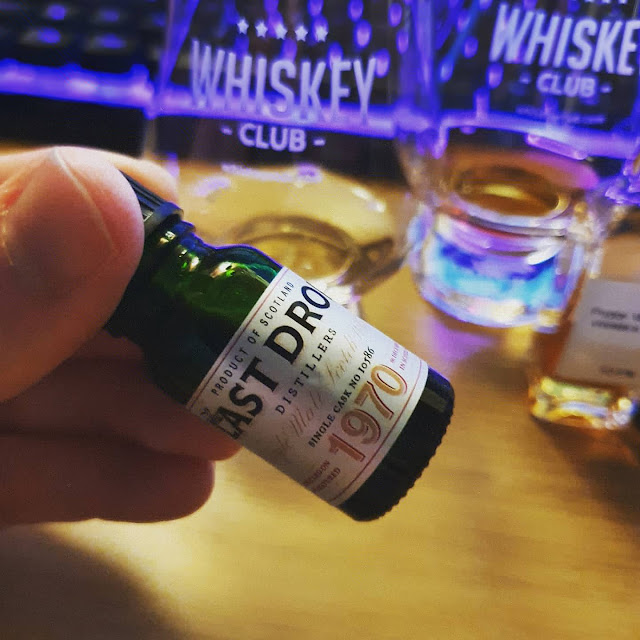 Finish: Medium to long with milk chocolate and dunnage warehouse. 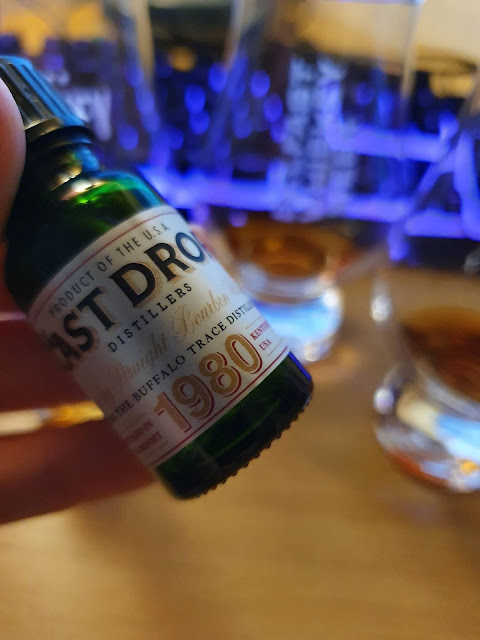 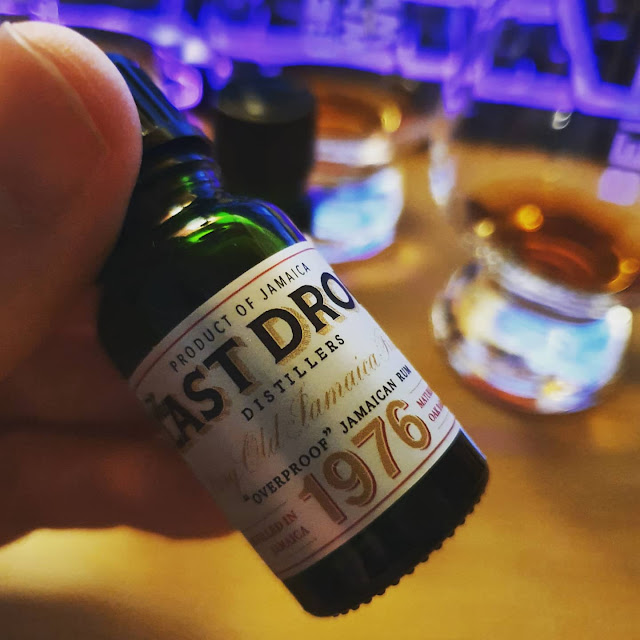 1976 Jamaican 'Overproof' Rum
Colour: Treacle
Nose: Burnt molasses & caramel. Fresh tobacco leaf. Very fruity too - cherry, apricot and pineapple. Allspice and anise. Cocoa powder, black coffee with a real earthy funk. All butter pastry shows up for good measure.
Palate: One word - Beautiful. Treacle sweetness mixed with woody spice and masses of cocoa. Ginger & nutmeg. Dark dried fruit in the form of dates, raisins and fig cakes. Tobacco comes to the fore along with strong, heavily sugared black coffee. There is a certain meaty character too.
Finish: Really long with anise, cocoa and tobacco.
Overall: A really interesting and enjoyable exploration into the old and rare but one that will not lead to me taking any loans out to buy any of the above bottles! Then again these bottlings are not aimed at the £50 to £100 a bottle set are they? That's fine by me as there is plenty of whisky, rum, cognac etc around to satisfy everyone's means.
The Glenrothes was my least favourite of the three. The nose was a surprise as it was still so fresh after 49 years in a cask. That great nose though was unable to be matched by the palate and with the cask dominating that fruity spirit.
The Buffalo Trace was excellent though and probably the best bourbon I've tasted. I was fortunate to have a sample of  Pappy Van Winkle 15 year old to try against it while I was tasting the BT (for the unitiated Pappy Van Winkle is also produced at the Buffalo Trace Distillery). While the Pappy is a superb whisky this Buffalo Trace from TLD just had much more presence and layers of flavour. Beautiful stuff.
Finally, my favourite of the three releases, the 1976 Jamaica Rum. One word: Wow! Granted my rum experience is definitely limited compared to whisky with only Appleton and Hampden being the only other Jamaican rum's I've tried. But this stuff was just an assault on the senses - aroma and flavour overload. Dense, chewy, aromatic, spicy, funky - it had it all going on. Definitely a reminder to me to start exploring more rum.
Scores:
Glenrothes 1970 - 7 out of 10
Buffalo Trace 1980 - 9 out of 10
Jamaican Rum 1976 - 9 out of 10
Labels: 1970 1976 1980 Bourbon Buffalo Trace Glenrothes Jamaica Rum Scotch The Last Drop Distillers