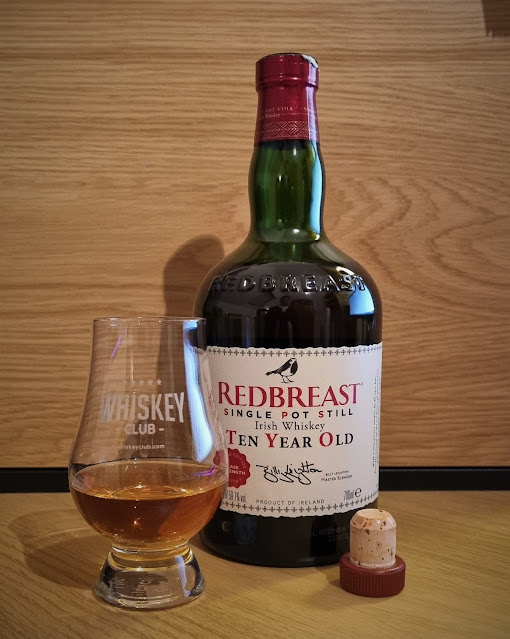 So there I was, sat at home, staring at an animated Robin with sideburns whilst awaiting to hear from Dave McCabe, Carol Quinn and Billy Leighton. The subject? The highly anticipated Redbreast 10 year old being re-released as a Birdhouse (the Redbreast online members club) exclusive.

Sitting amongst the great and the good of the whisky world it was again commented upon that my being 'grumpy' certainly hadn't stopped me from getting sent invites and samples of new releases. Jealousy will get you nowhere, grumpiness sometimes, and I mean sometimes, has it's perks.

During the conversation between Dave and Carol it transpires that a 10 year old version of Redbreast hasn't been available since 1971 so a reintroduction after 50 years is very much welcome....I hope! It was at this point I was thinking to myself wouldn't have been awesome to do a side by side of the old Gilbey's 10 year old against the new young pretender. However, getting hold of a bottle of the Gilbey's would be a) very hard and b) very expensive.

Then I remembered I bought samples of a Redbreast through the decades tasting set off barman extraordinaire Chris Hennessey. So after the Q&A session with Billy Leighton I set about rifling through my sample stash and sure enough there was a sample of the Gilbey's 10 year old dating from sometime in the 1960's. Review sorted!

What's in the new bottle then (which coincidentally I think looks very cool)? Well we have spirits aged between 10 to 15 years old in ex-bourbon and ex-oloroso casks. The distillates used are interesting. At Midleton the make three types of pot still distillate that are used in the Redbreast range. Light Pot gives a herbal edge to proceedings. Medium Pot brings a more spicy and peppery characteristic. Heavy or Trad Pot leans more towards the style found in the original pot still styles from Bow St Distillery and gives heavier, earthier notes such as leather and tobacco. Normally in the Redbreast range you will find just two combinations of the distillates, light pot & medium pot or medium pot & heavy pot. In the 10 year old though all three distillate types are combined.

The new 10 year old old has been released at a natural cask strength of 59.1% although interestingly there is no mention on the packaging anywhere whether it is natural colour or chill filtered. We can only guess that colouring and chill filtration have been eschewed in favour of a natural presentation.

The other aspect to the labelling that caught attention was that we are told that this is Batch 1.When asked if this would become an annual release we were told that there were no plans for this to become an annual release. Who knows then when Batch 2 will be released, if ever? Saying that the limited run of 7,000 bottles sold out in just over 4 hours so I'd say there is good reason for Irish Distillers to sate the appetite with further releases.

The bottles were priced at €100 each and were available exclusively to the UK & Ireland markets. 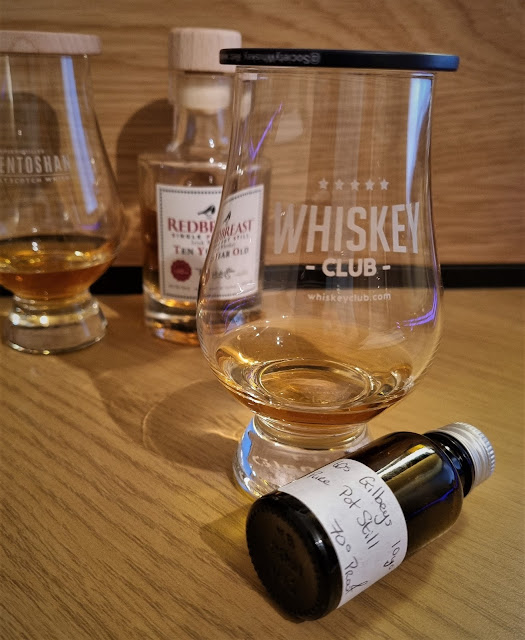 Nose: Starts very dry with cereal husks and dried hay. A deep earthy characteristic too. Orange peel and lemon pith. Granny Smith apples with a touch of menthol and vanilla as well as clotted cream.

Finish: Medium length with a tickle of ginger, pepper and a dry earthiness. 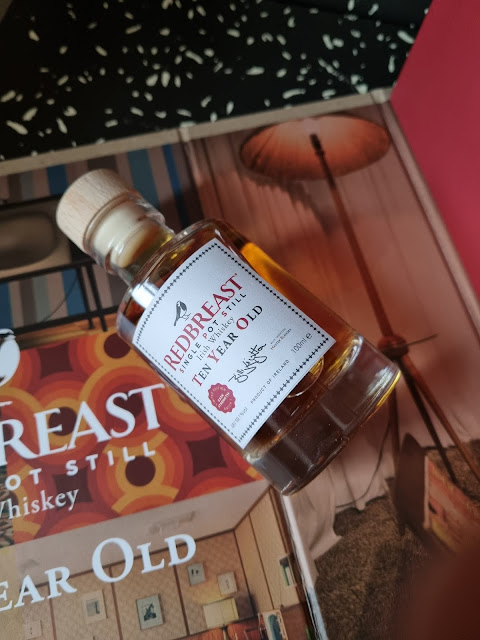 Nose: This is woody but overtly sweeter than the 60's expression. Cinnamon, nutmeg and candied orange peel lead the way. There is an underlying herbal quality here - dried rosemary and mint leaves. Dried tobacco leaf, white pepper and a lot of tropical fruit. Water: intensifies the tropical fruit notes whilst also heightening the herbal aspect whilst bringing leather to the table too.

Overall: Thanks to the fine gentleman Chris Hennessey I'm in a fortunate position to be able to do a head to head of the original Gilbey's 10 year old and this reimagining of the 10 year old by Irish Distillers, and let's be clear this is a reimagining and NOT a recreation.

It's widely accepted that our modern palate is more adjusted to sweeter things, sugar is pumped into everything these days, and with that in mind I can see the Gilbey's 10 year old being a challenge to many modern Redbreast drinkers. It's very, very cereal driven, spirit forward and a little austere with a distinct herbal quality and little sweetness. Does this make it bad? No, it's just very different from modern Redbreast but in a pleasing way. I would happily consume a bottle of the Gilbey's if could find one or afford one. I'm also very happy to have been able to try some of that liquid history from Bow St days of lore.

If you buy the new Redbreast 10 year old thinking that you will be instantly transported back in time to the glorious 60's, well you are in a for a slight disappointment. Yes there is a healthy dose of heavy pot still distillate in here but not enough to really hark back to that dry, herbal and waxy character of the 60's Gilbey's. Think of this a modern Redbreast fan's tip of the cap to the halcyon days.....a Redbreast that is much more suited to the modern palate. It is a much more cask influenced dram than the Gilbey's.

In saying that it is a superb iteration of a modern Redbreast. Line it up against a current 12 year old cask strength and the herbal, minty and earthy character of the 10 year old is much more apparent. At €100 a bottle I think they got their pricing just about right and as such it's a bottle I'd highly recommend if it weren't already sold out.