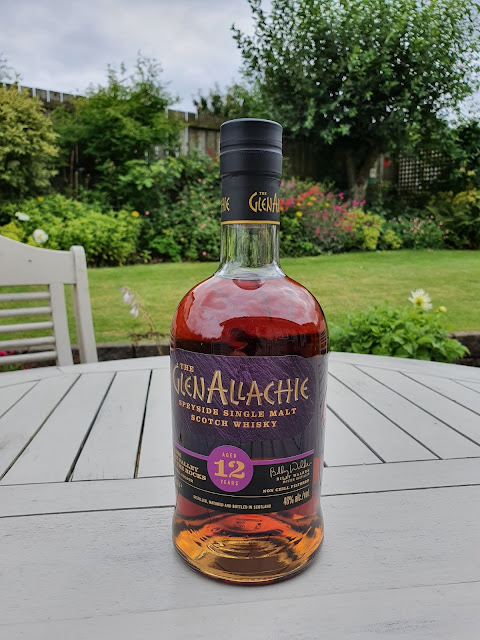 2016 saw Billy Walker and his consortium sell Benriach, Glendronach and Glenglassaugh distilleries to Brown-Forman for around £285 million after making both Benriach and especially Glendronach single malt contenders from also ran status. Both distilleries were esteemed by blenders but had little hold in the imagination of single malt consumers.
Fast forward to today and it's nigh on impossible to get single cask releases from either Benriach or Glendronach as they literally fly off virtual shelves and onto auction sites and collectors safes. Certainly Glendronach garnering the moniker 'the new Macallan' didn't help. It's actually a reputation you'd want to distance yourself from as a distillery in my book as it equates to high price and low liquid return in terms of flavour and enjoyment.
With their new found wealth Billy and his consortium chums decided to dip their toes back into the distilling waters and bought......Glenallachie. Who? Yeah, I though that too. Previous to this bottle I'd only owned one bottle of Glenallachie and it was a Cadenhead's bottling. Part of the Chivas Brothers set up prior to Mr Walkers acquisition, Glenallachie was essentially blending fodder so official bottlings were rare. As a malt Glenallachie formed a major part of the Clan Campbell blend that is very popular in France.
So why Glenallachie? As Mr Walker said himself the lack of knowledge about Glenallachie as a distillery was part of the appeal, “We were delighted again to take possession of a distillery that is virtually a blank canvas. It’s a picture that is only now starting to be painted.” Having mature stock as part of the deal certainly helped too.
Part of the plans for Glenallachie were to follow the Benriach and Glendronach model, namely a core range of age statement expressions....10 year old cask strength, 12 year old, 15 year old, 18 year old, 21 year old cask strength and a 25 year old. On top of that the single cask release formula will be revisited too.
Billy has formed a bit of a reputation for both being a blender and his use of wood finishes and maturations to sculpt his whiskies. The 12 year old GlenAllachie (I forgot to add that as well as introducing a core range he has also added a capital 'A' in the name too) is testament to that approach using Pedro Ximenez, Oloroso and Virgin Oak casks in the maturation.
It is bottled at 46%, is non-chill filtered and is natural colour. I bought this from Tyndrum Whisky for £33.99 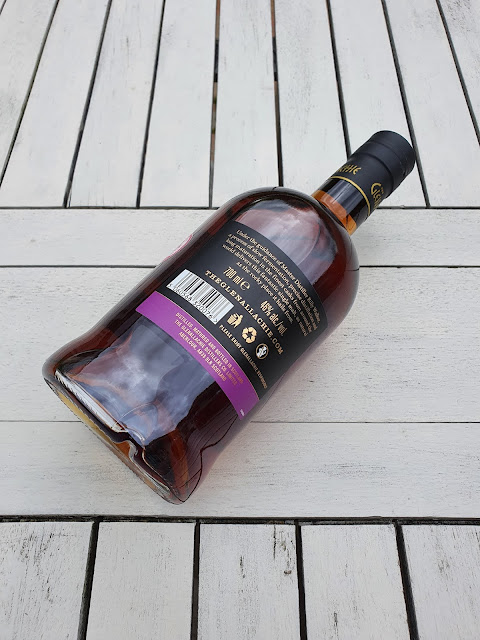 Colour: Dark Auburn
Nose: A busy and confused nose - very wood driven. Chamomile tea, marzipan and nutty peach cobbler. Digestive biscuits along with some darker dried fruit - raisins and dates. Some furniture polish and then oak.....lots of oak.
Palate: Very sweet - the PX and oloroso influences are clear. Dark brown sugar, orange marmalade, sweet PX sherry with really sweet black coffee. Then some peach and apricot. Woody spices next, cinnamon sticks, cloves, black pepper and lots of tannin.
Finish: Is of medium length with black liquorice, sweet coffee and mouth puckering woody spice.
Conclusions: When I first opened this I was in a hot tub in Buncrana and had had a couple of pints of Guinness. The surroundings were great, the company was great, the craic was ninety....and initially I was really impressed with this as was my friend who was sharing a dram with me.
But as I spent more time with this the less enamoured I became. It comes across as just a one trick pony....it's all intensely sugary sweet followed by loads of oak and then little else. Wood has been used to batter the spirit into submission and on that front it is a success. It's not a terrible dram but there are much more balanced drams of similar ilk and similar money.....Benriach 12 Sherry Wood comes to mind, Edradour 10, Glendronach 12, Aberlour 12.
Would I buy this again? Probably not any time soon.....but I'm sure I'll revisit the brand soon enough.