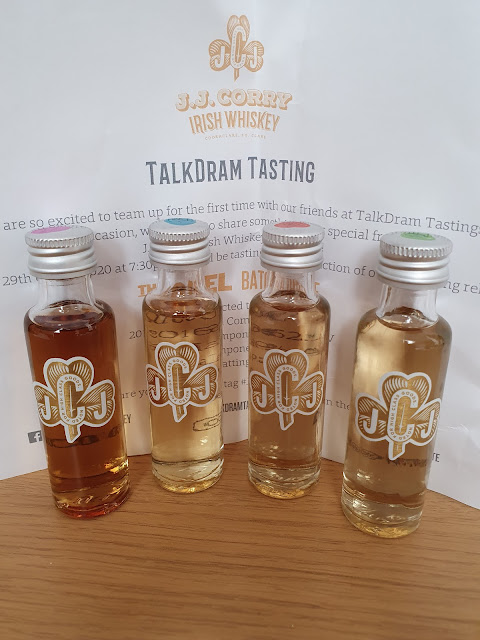 We are now well through the monotony that is Lockdown and as restrictions lift we dare dream of simpler times when we didn’t have to queue for food shopping or being able to go to a bar for a pint. Oh those heady days! Somehow a few weeks seems like a lifetime ago.
As we head into the new normal the Food & Beverages industry has had to adapt too and so has the way whiskey tastings take place. Granted tweet tastings are nothing new but the last few weeks has seen an absolute surge of online tastings be it The Lockdown Festival, Summerton Whisky Festival or just events organised directly by distilleries themselves. In fact even Belfast Whiskey Week which takes place from July 24th to August 1st is now moving online due to the unlikely event of restrictions being lifted to grant a tasting in an actual premises.
It’s fair to say that we as consumers too have been quick to move with the times and avail of the new and hopefully, temporary setup.
While the UK already had @TheWhiskyWire to thank for a multitude of Twitter tastings, the Irish scene was fairly quiet on that front. Step up @TalkDram Tastings, the brainchild of Omar (@ThatsDramGood) & Ivor (@WhiskeyTalk2U), two lads very well known within Irish whiskey. The latest tasting they organised through this channel was in conjunction with Louise McGuane of JJ Corry, who is about to release batch 3 of The Gael Blend. Batch one scored a perfect 10 from Justine over on Malt.
But rather than let us taste just the blend we were treated to the components that will go in to the blend when it is finally released in a couple of weeks.
Here’s the component breakdown:
A vatting of grain from 2010 & 2016 of which the 2016 component comes from Great Northern Distillery  and has been fully matured onsite in Cooraclare in first fill bourbon barrels.
Next up is a 2006 Single Malt that didn’t come from the south! So it’s a Bushmills, bourbon cask matured and was 57.4% abv.
The third component was a 2002 single malt this time from County Louth, so Cooley. Bourbon cask matured and 53.93% abv.
Finally we have component number 4. A 1991 single malt vatting of 12 barrels that had been matured in ex-Macallan sherry casks. This, we deduced by a bit of leg work work from Mark McLaughlin @MarkWhiskey, was indeed a Bushmills, likely doubled distilled in the time of Frank McHardy. This came in at 47.35% abv.
Time for some tasting notes.
2010 &2016 Grain Component 62.9% abv 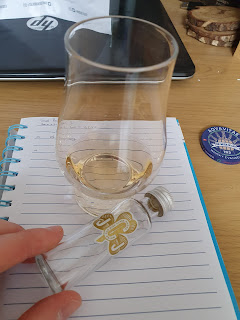 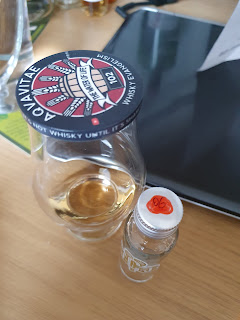 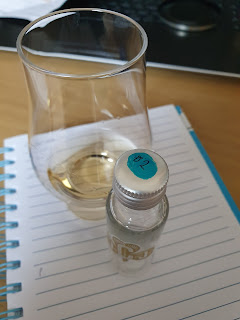 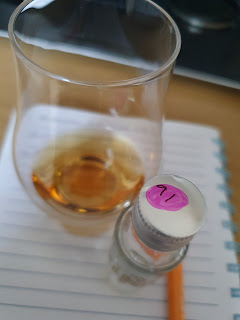 Colour: Bronze gold
Nose: This smells mature! Well worn leather & dunnage, cherries, raspberries and blackberries. Fresh tobacco leaf, blood orange and cinnamon. Roasted malt & coffee grounds. Raisins, dates and crushed walnuts. Time brought balsamic reduction, ginger cake and golden syrup.
Palate: Wow. Grilled pineapple, stewed nectarine, rum flambeed bananas. Grated dark chocolate & tobacco leaf. Cherry syrup, sweet espresso, vanilla custard with Seville orange marmalade. Dark fruit of figs and dates. Nutmeg prominent too.
Finish: Earthy, leathery with coffee cake and dried dark fruit.
Overall:
Possibly the most surprising aspect of this tasting was the grain component. The lack of harsh acetone notes and alcohol highlights the high quality of the distillate plus also a good wood program. I would happily buy this if bottled as is.
The 2006 & 2002 malt components were easily identifiable as Bushmills and Cooley. The Bushmills though definitely benefited from water to bring its sweetness to the fore while the Cooley had that signature honeysuckle top note with a slight chalkiness that defines their double distilled malt. Both good malts but the 2002 was easily the most approachable and balanced of the two.
Finally we have the 1991 Malt. All I can say is.....SUBLIME! Possibly one of the finest whiskeys I have tried from the island of Ireland and easily comparable to the Dream Cask range from Redbreast. This was such a complex and well balanced whiskey that I felt bad drinking it knowing that I would unlikely be able to try it again. This 1991 vintages have went down in Irish whiskey mythology and are now so prohibitively expensive I can't imagine being able to relive this dram any time soon....if ever.
Really then all these components were of a high standard so I very much look forward to the final product when it is released in the next few weeks.
Labels: JJ Corry Single Grain Single Malt The Gael