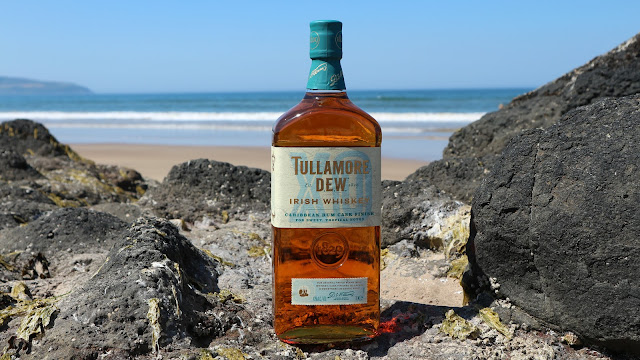 Tullamore DEW is one of Ireland's most recognisable whisky brands and is second only to Jameson in terms of sales. Dating back to 1829 the DEW part of the name comes from the name of the Daly's distillery General Manager, Daniel E Williams. It was under his watch that the distillery prospered and expanded.


Like many other Irish distilleries of the time Tullamore produced pot still whiskey. Heavy, powerful and spicy it would become usurped by cheaper, lighter Scotch blends. Combined with Prohibition, the Anglo-Irish Trade war and heavy homeland taxation sales were falling dramatically by the 1950's. So much so that production ceased in 1954.

By the 1960's Tullamore whiskey stocks were low and rather than re-fire the stills at Tullamore, a deal was done to sell the brand to John Power & Sons. Of course, John Power & Sons merged with John Jameson & Son and Cork Distilleries Company in 1966 to form Irish Distillers. Full production of these brands moved to New Midleton in 1975.

Since the Tullamore DEW brand was sold it has become a blend made up of grain and pot still whiskey from Midleton and malt from Bushmills. But this will not always be the case. Tullamore DEW was bought by William Grant & Sons in 2010 and a new distillery built in Clonminch on the outskirts on Tullamore itself, construction beginning in 2013 and completed in 2014.

This marked the return of whiskey production to the area after a hiatus of 60 years. The new Tullamore DEW distillery originally was setup to produce malt and pot still whiskey but in late 2017 Grants invested a further €25 million to produce grain spirit and build a bottling plant so that the whole distillery will be grain to glass but also means that they have complete control over their own whiskey supply.

Tonight Tullamore DEW, it would seem are bringing the XO Rum Cask finish expression into general release, whereas it had previously been a travel retail exclusive. So I thought tonight would be a good night to post my review of it. This had been bought for our bottle share group and was available at Dublin Airport duty free for €55 for a litre bottle. Subsequently Master of Malt had been selling it for £39.95.

The XO Rum Cask finish takes the standard Tullamore DEW blend and finishes it in barrels that held Demerara Rum. The length of time of the finish is unspecified. It's bottled at a surprising 43% abv and does indeed feature a healthy dose of caramel colouring and I doubt it is non-chill filtered. 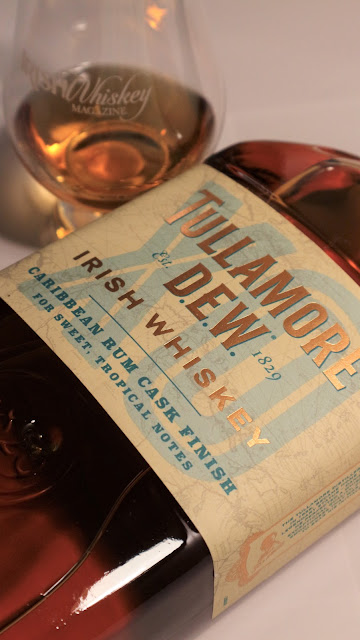 Pungent & sharp burst of floral grain spirit. Truth be told it's a bit rough - there's a definite acetone/nail polish remover tone here. Much to spirity for my liking, reminds me of nosing white rum in fact. Eventually some tropical fruit fight past the nail polish remover - banana, honeydew melon, unripe peach. There is also a touch of caramel evident. Overriding everything is that sharp spirit attack. Water brings out a touch more melon but does little to temper the spirity tone.

Fairly sweet on arrival with honey and vanilla before quickly turning a bit tart. Lime zest, citrus pith, a touch of spice and mellow oak.

Very short with a hint of neat Bacardi standing out.

It smells and tastes like it is - young and a bit rough. It's a bit one dimensional really, in fact I struggled to see what the rum casks brought to the party. In short there are better blends out there that offer much better value. This is not one that will make it onto my whiskey shelf.