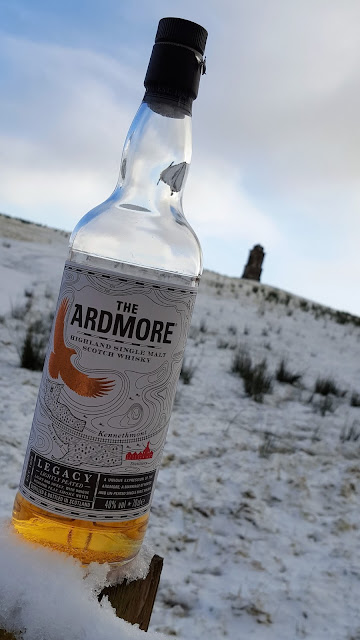 Ardmore is not a huge brand in the single malt market. Owned by Beam Suntory currently, it was established in 1898 by Adam Teacher, son of William Teacher (He of Teacher's Highland Cream) and it was built to provide malt for the blend. Today Ardmore malt remains a crucial ingredient in the Teacher's blend.


The distillery itself has eight stills, four 15,000 litre wash stills and four 15,000 litre spirit stills meaning that it can produce a sizeable 5.5 million litres of alcohol per annum. Interestingly the distillery used to use coal fired direct heating of the stills but this ended in 2001. Even though it produces it's fair share of alcohol most of this malt is for blending and only a limited quantity makes it into official bottlings.

Currently on the Ardmore website there are only four expressions available, two of which are GTR exclusives. The first GTR expression is the Tradition which used to be the distillerys flagship malt. It's a NAS malt that is double matured, first in bourbon barrels then in smaller quarter casks. It's bottled at 46% and barrier filtered rather than chill filtered. The second GTR expression is the Triple Wood. Again its a NAS matured in American oak, quarter casks and puncheons. It's also non-chill filtered and bottled at 46%.

The non-GTR expressions are the Port Wood Finish which is a 12 year old whisky that is double matured in ex-bourbon barrels and then finished in European half port pipes giving the whisky a ruby hue. Again non-chill filtered and bottled at 46%. Finally we have the Legacy which we are reviewing and which, as of 2014 was the replacement of the Tradition as the distillery malt. It's a mix of 80% peated and 20% unpeated malted barley and matured in ex-bourbon barrels for an undefined time. Unfortunately this has been chill filtered and is bottled at the 40% legal minimum.

I bought this bottle in Asda for £20. 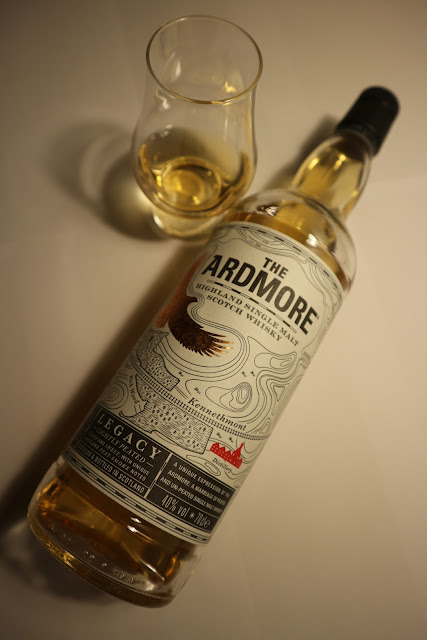 A spirity youthfulness is apparent but the nose is quite sweet. Honey, vanilla, pears, some furniture polish. There is a slight whiff of cured meat and then smoky heather.

Much like the Glen Moray Elgin Classic Peated reviewed previously this is not a whisky that will set your taste buds on fire and leaving you craving its complexity and depth of flavour. It's a simple beast that is slightly one dimensional. Its sweet, lightly peated, short on the finish and a bit unremarkable. At £20 though there is little to complain about and is, like the Glen Moray, an acceptable gateway to peated whiskies. However, I wouldn't pay more than the £20 Asda are charging, if I did I would feel a little short changed by the experience and I would probably recommend the Glen Moray before this.
﻿