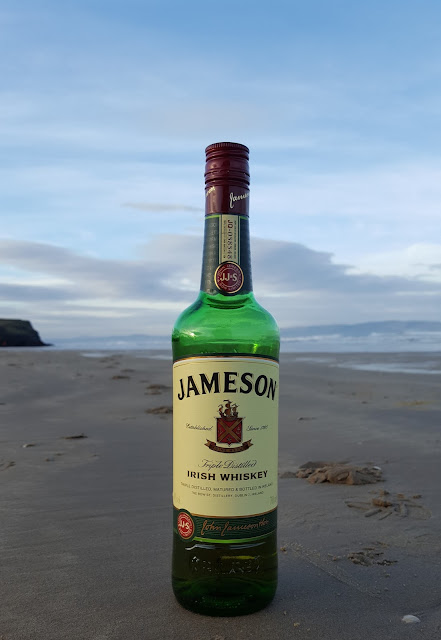 In 1975 production ceased at the Bow Street Distillery site and production began at Midleton, County Cork under the guidance of the Irish Distillers Group (comprising John Jameson & Son, John Power & Son and the Cork Distillery Company). Irish Distillers have invested heavily in the facility and it is now one of the most modern distilleries in the world. The distillery now has three 75,000 litre pot stills and three column stills and can produce 64 million litres of spirit per year. This means Midleton distillery can produce a variety of whiskies for us all to enjoy. So lets have a look at the most famous and iconic.....Jameson Triple Distilled Irish Whiskey!

Jameson Irish Whiskey is triple distilled (which leads to a lighter spirit & many would say less flavourful spirit) and a blend of pot-still and grain whiskies. It is then left to mature in ex-bourbon & ex-sherry casks for at least 4 years before being poured into the famous green bottle at 40% abv. Check out www.jamesonwhiskey.com for the official info! 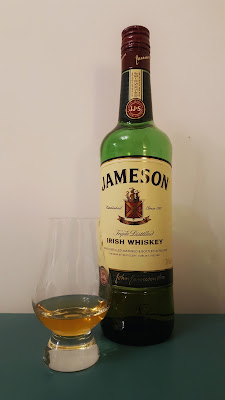 If smoothness is the prerequisite on which you base buying a whiskey, then buy this one because smooth it is. However the flavour profile is not very interesting or memorable. The harshness of the nose also betrays its youth and it would seem to have a higher proportion of grain whiskey than pot-still. It is easy to drink though and I can see why it is the best selling Irish whiskey by a country mile. Its true strength for me is as a base for a long drink or a cocktail and Jameson obviously recognise that too with their heavy promotion of 'Jameson & Ginger', which is quite delightful I must say. Always good to keep a bottle on the whiskey shelf for the summer evenings when a 'Jameson & Ginger' goes down a treat!